Flick of the finger we’re lucky enough to catch Tim Burgess and the rest of the band before their Melbourne Show on the 26th of August for a U.K. EXCLUSIVE insight into Aussie tour life, greggs and gravy and most importantly when Tim last had a half decent cup of coffee. 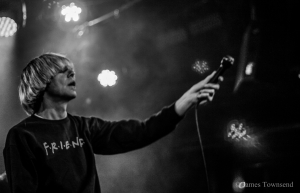 How are you feeling being here in Australia apart from jet lagged?

Well right now I feel really good because today and yesterday I’ve started to feel myself again and that includes being in japan aswell, we did two festival dates and erm you know you just feel a bit wonky really, I feel a bit more myself now so I’m starting to enjoy it more, I’ve enjoyed the gigs but it’s just the sleeping that’s a problem

Have you got to sleep on a tour bus?

Not being able to sleep after playing it’s just weird but apart from that enjoyable.
What’s been your favourite date of the Asia/Australia gig so far?
Sydney, partly because of what I was saying with feeling more like myself, and also I think it’s a big room. A thousand, couple of thousand people.

How do you go about selecting the support for the gigs (i.e. The Melbourne show?

Erm we asked around a few people and they came back to us with this band (the morning after girls) we haven’t heard them yet. The band last night (planet) they’re also joining us in Adelaide and they were really good, makes more sense to ask for an Australian band 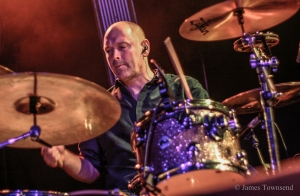 How does the coffee compare to Tim peaks coffee?

Is it not great? Melbourne does great coffee!

You know what there’s this family mart in Japan, you peel back a plastic cup full of ice and pour in like hot coffee, it’s pretty spacey you know

yeah, the best coffee I’ve had so far, I like iced coffee, it has to be just a good brew.

Oh I know, when I first came to Australia I was armed with Yorkshire tea, bisto and all that stuff because you just can’t buy it here, you know when you just want sausage mash and gravy? You just can’t get good gravy here!

Well actually I’m a vegetarian but I haven’t always been and il tell you what when I first came to Japan I brought a suitcase full of pot noodles! it was 1990.

When was the last time you toured here?

So it’s been quite frequent then?

Yeah I guess it makes it timeless

Well yeah… some records are better than others

The final one, have you got any new music coming out?

Well we’ve got this ep that we’re promoting at the moment and it’s unofficially called the totally eclipsing tour of Australia and that’s because we’ve got an ep out, it’s only a year after our last album different days, I love it and still kind of fresh and we’ve not played all the songs off the album yet because we’ve not brought the, into the live gigs but we’ve still got dates to do but also we’ve got this ep hi h we’ve only played two out of four songs aswell so we still have quite a lot of songs to play live. 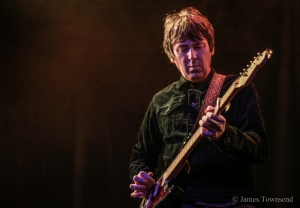 You can catch Tim and the rest of the lads at their UK support slot for James in December, remaining tickets can be purchased from: https://www.ticketmaster.co.uk/James-tickets/artist/741201

About the Author: Heather Porrit

21 year old grad with a love for Manchester, both it’s insane music scene and styling. I’m so buzzing to be writing for Flick of the finger on all things music and style!