Seeing out a fantastic year for the dance-metal sensation Babymetal have unveiled a new video for the track Da Da Dance featuring Tak Matsumoto.

The video was filmed across various shows during their Metal Galaxy Work Tour. Included in the new video is live footage from their first ever US arena show at the LA Forum on 11 October 2019. The same day the band released their latest album Metal Galaxy.

Babymetal’s third album saw their most successful first week ever, hitting number 19 in the UK Official Albums Chart. They also hit number 1 in the USA’s Billboard Rock Album Charts becoming the first Asian band to achieve the top of the chart and number 18 in the Official German Albums chart.

The band already have a busy 2020 planned with their first ever full headline tour of the UK set to kick off in February. Babymetal also have an exclusive festival appearance planned for Download in the summer, next year.

Limited tickets (including a VIP option) are available for selective shows via a number of retailers including Ticketmaster. Please consider Twickets for fan to fan face value tickets for sold out shows. 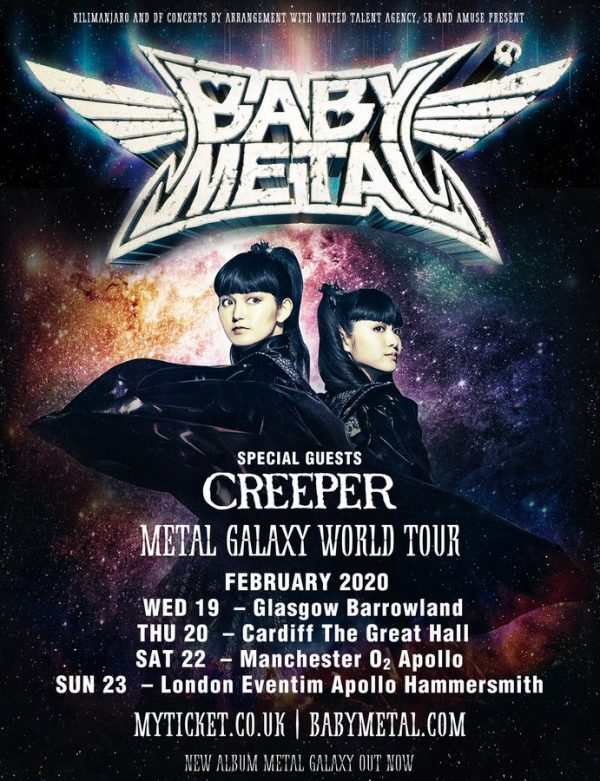