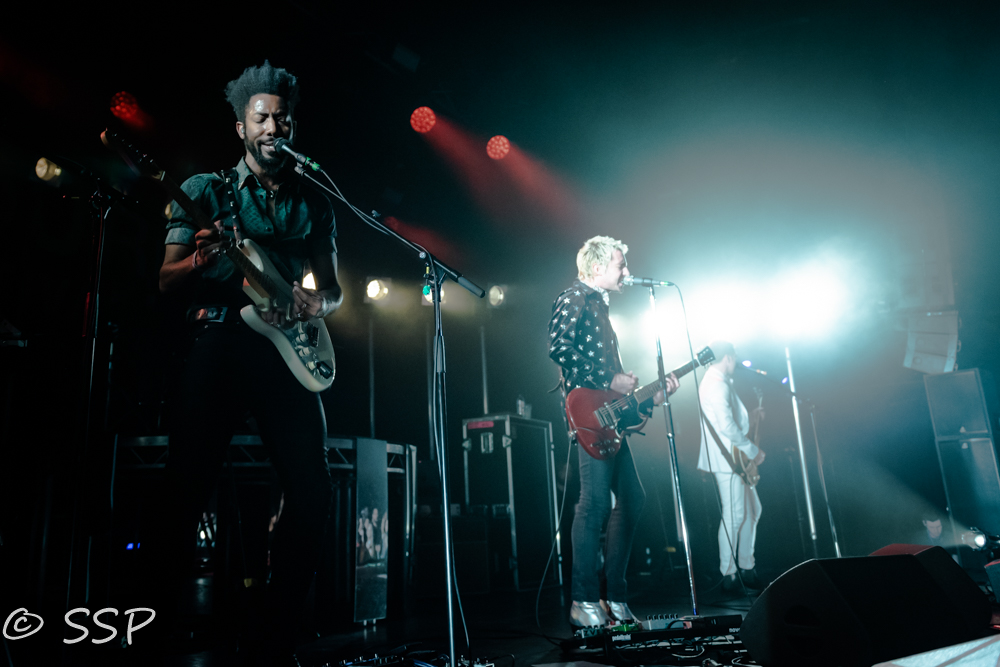 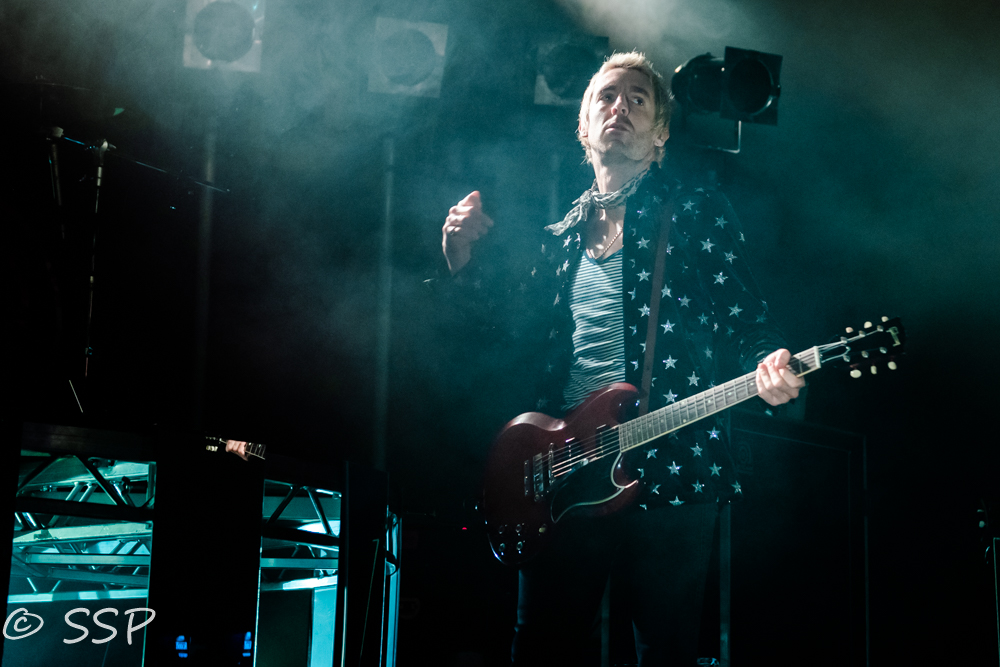 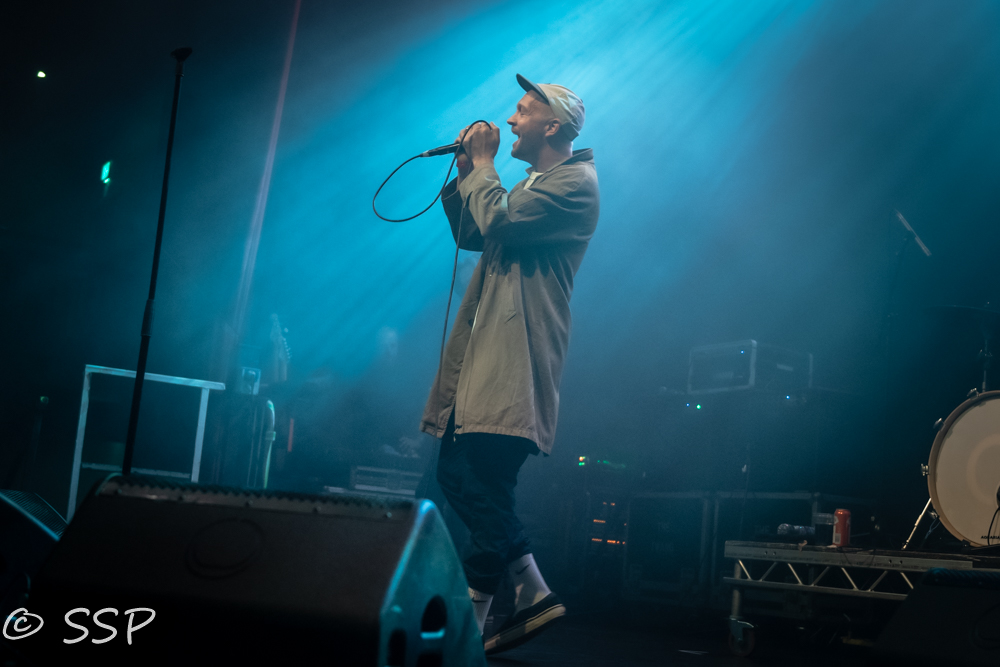 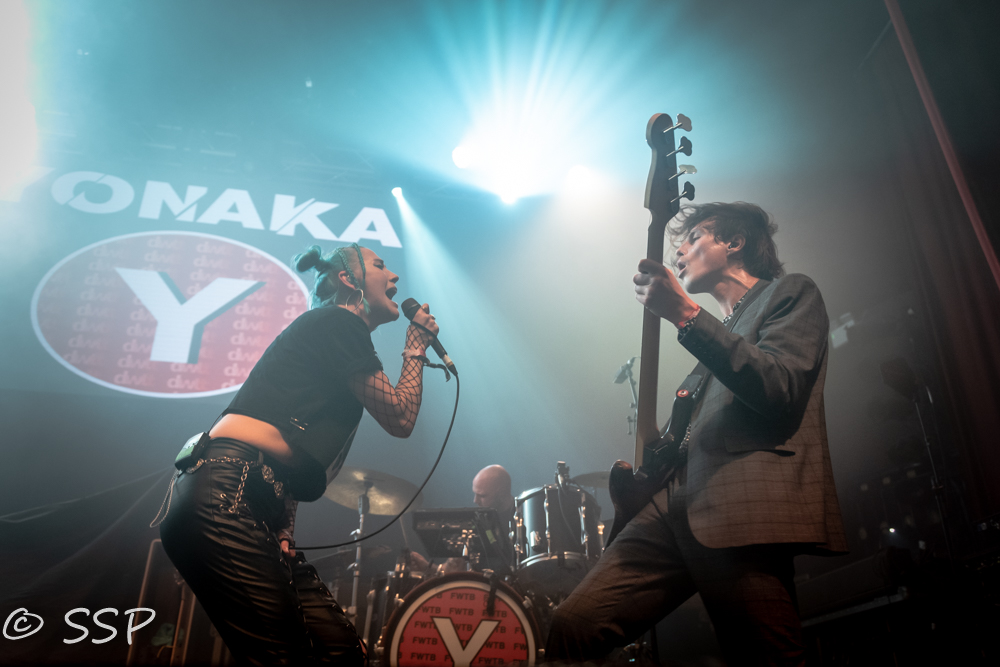 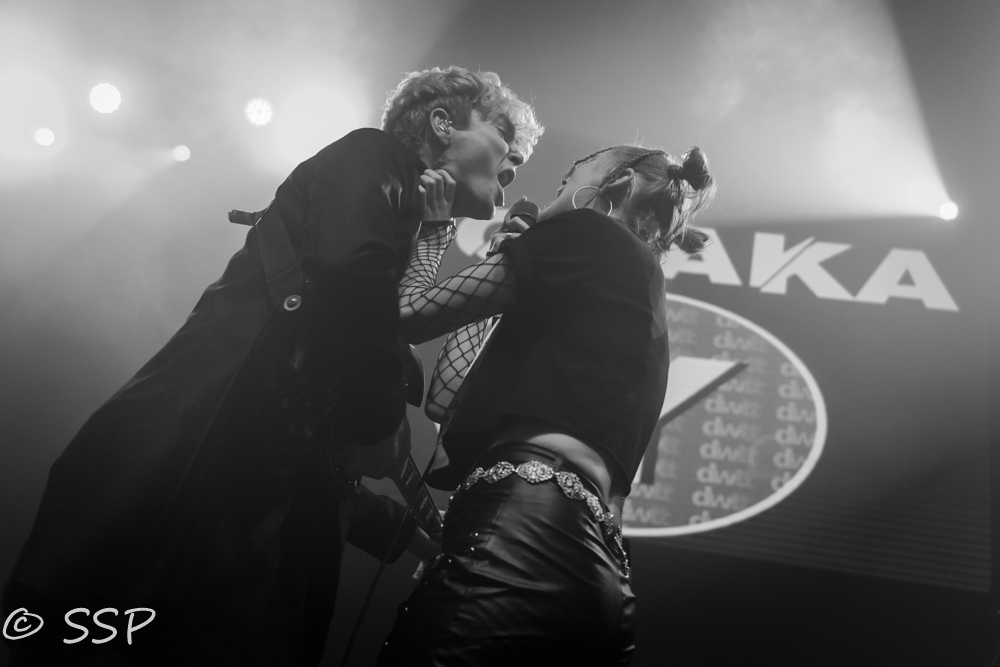 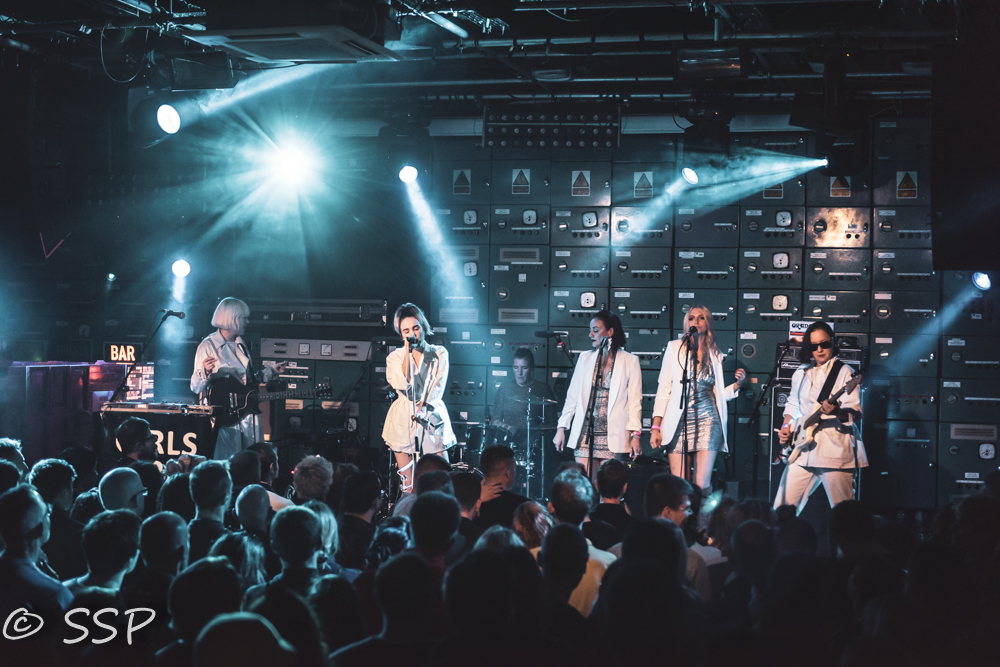 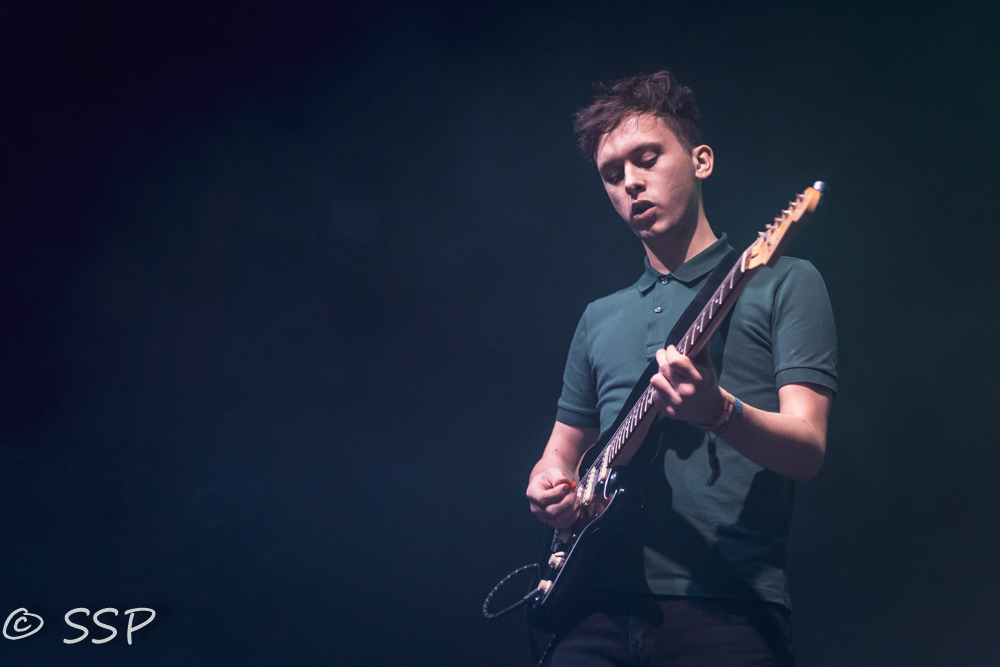 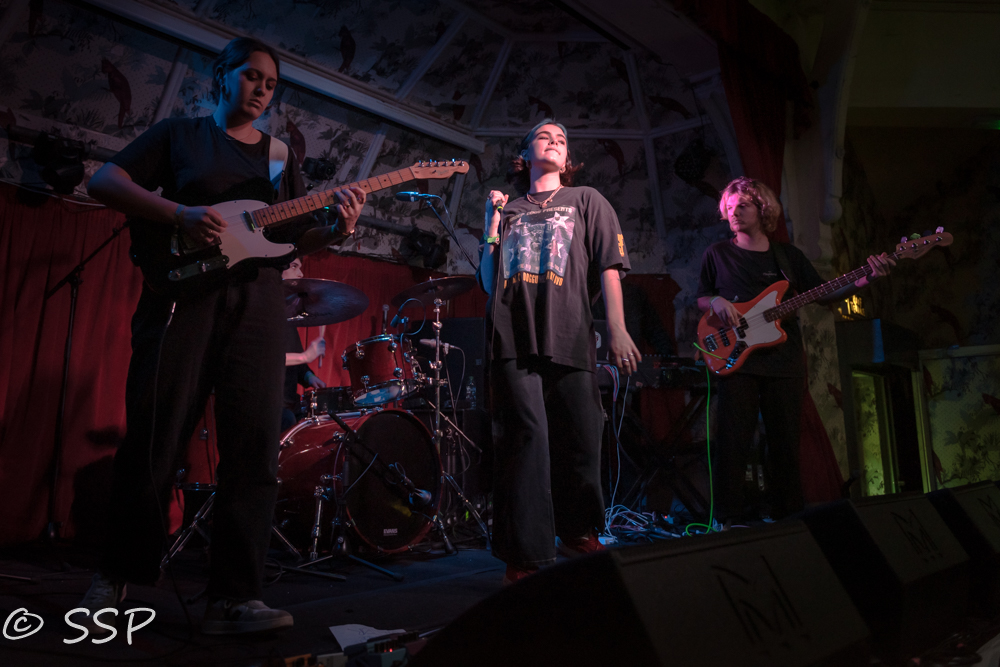 The Neighbourhood Festival is still a relative newcomer to the music calendar. This year, the festival’s third, again proves that Manchester is not the nostalgia addict it is often accused of being. The city, in fact, remains ravenous for fresh music. Neighbourhood Festival requires fast feet and stamina to make in around as many of the vast number of bands on offer as possible.

Neighbourhood Festival is an exhilarating one-day music festival, boasting well over 100 artists, spread over 15 venues. The sun is shining in a mostly blue sky and while the weather helps, it’s the festival that has created an animated vibrancy throughout the city centre today. Groups are bounding along Oxford Road, the queue for the O2 Ritz snakes up Whitworth Street and round the corner up to the canal entrance. People check schedules and mobile phones conversing on the quickest routes from this venue to that.

Neighbourhood Festival delivers an instant burst of fresh music to kick the day off. The first gleaming highlight taking place at The Deaf Institute when the Nova Twins hit the stage. Amy Love and Georgia South waste no time getting everyone in the room bouncing with ‘Bassline Bitch’. The phenomenally innovative musicians consider this as just a starting off point. With ‘Devils Face’, ‘Losing Sleep’ and ‘Vortex’ they get some feisty pits going. Fearlessly, Amy abandons the stage to join the free-for-all the crowd churning around her as she delivers each lyric flawlessly.

The importance of live music comes into clear focus with Heavy Lungs. Listening to the Bristol four-piece they’ve always sounded a decent band; live they are an outstanding band. The Bread Shed is not a small venue yet every inch is crammed. Heavy Lungs have expanded their post-punk terrain with their latest EP, Measure, released just a few days ago tonight they showcase it in full. 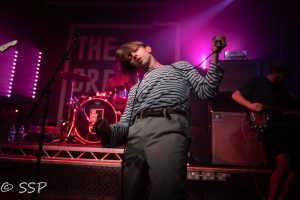 With an imposing self-possession, Danny Nedelko starts ‘Half Full’ igniting the crowd into a thrashing chaotic bundle of limbs and voices echoing the lyrics. Dropping an older cut, ‘Stutter’ into the set sends the audience wild, Heavy Lung’s seeming desire to create carnage has reached fruition.

Nedelko has taken to the crowd multiple times and his bandmates remind him there is in fact as a stage. Re-joining them is short-lived as he is soon found to be making use of barrier and the space in front to stalk. ‘Pacemaker’ comes at the end of the set, post-punk riffs with an indie twist and facetiousness lyricism. Heavy Lungs are a significant and enthralling experience any opportunity to be part of their skillful and creative mayhem shouldn’t be missed.

The Bread Shed is proving to be a fertile environment for incredible performances with Vant turning up the heat next. A few technical issues delay the band. The patient crowd has managed to increase, however, space remains the same, meaning its all gotten seriously cosy. The delay has heightened the intensity and as Mattie Vant takes to the stage there is a roar of appreciation.

The mix of tracks is a little disconnected to start, however, as the set progressed it all meshes delightfully. The somewhat holy ‘Peace and Love’ sounding better now than it did two years ago and the more innovative tracks such as ‘Exoskeleton’ vibrate with lively crispness. Where things fall perfectly into place is when Vant deliver their own take on grungy punk the more impassioned songs the more zealous the crowd response, ‘Karma Seeker’ for example, has everyone unreservedly singing along. Mattie’s talent is mesmerising and when he jumps the barrier the packed in fans somehow managed to part allowing him to make his way across the room and back. We missed Vant and their energetic boisterousness when they were away- it is bloody great to have them back.

“Neighbourhood is really gonna be our last stop before we take a bit of time off and reset the body clocks” shared The Blinders last month. What followed was a handful of cancelled dates with frontman Tom Haywood suffering then recovering from tonsillitis. Launching into their set with devilish intent there is no lingering signs of illness or unfortunately many stage lights, which leaves the stage shrouded in red.

The audience fills the Albert Hall floor space, bodies are packed in so tight, they appear from above like lava: pooling, swell and flooding as one entity. Unrestrained and with an enthusiastic spirit they’re constantly on the move. Drummer Matt Neale keeps that driving rhythmic foundation. This allows Charlie McGough to deliver authoritative and distinctive bass while using the Albert Hall pulpit stage to parade and point out sections of the undulating crowd, while Haywood spits lyrics while he takes in the vista with an unyielding steel like stare.

Topping things off was Miles Kane. The icing on the cake after such an incredible, action packed day. His performance was second-to-none, completely on form, and it’s no wonder that Manchester Academy was bursting at the seems to watch him do his thing.