Post-hardcore sensations Funeral For a Friend surprised and excited everyone last week with the announcement of a spring UK tour in 2021.

Unsurprisingly the reunited Welsh band sold out the original dates. Instantly added were additional nights in Cardiff and London which again promptly sold out.

Today, 13 July 2020, Funeral For A Friend have announced more dates to the tour including London’s Shepard’s Bush Empire as well as nights in Leeds, Bristol and Bournemouth.

The band will perform tracks from their first three albums on the tour, including their dynamically firey 2003 debut Casually Dressed & Deep in Conversation. As well as sophomore album release Hours and their third concept LP Tales Don’t Tell Themselves released in 2007.

Funeral For A Friend disbanded in 2016 reuniting in August 2019 for special reunion concerts, with the proceedings going to the family of Stuart Brothers a terminally ill fan and friend of the band. The band were expected to reunite for a show at Download Festival this summer, the festival subsequently cancelled due to the coronavirus pandemic. 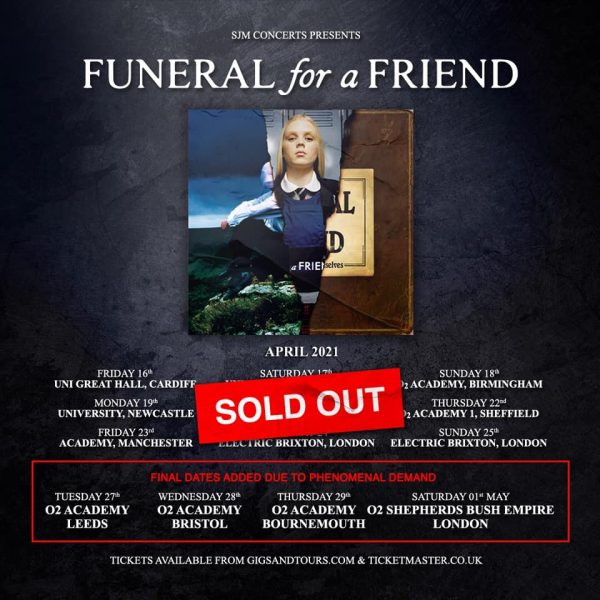