The finalists for the fourth annual Heavy Music Awards have been announced. Comprising 11 categories of 7 nominees. Entirely based on the nominations of almost 700 individuals working across the music industry, including Flick Of The Finger.

As in previous years, the field is wide open, with artists facing off from all sides of the heavy music spectrum. The categories include some returning winners, some huge artists being nominated for the first time, and as always, another glowing advertisement for the incredible emerging talent from all around the world.

We love the Heavy Music Award here at FOTF as a renowned, staple of raucous celebration for the abundance of talent across the entire landscape of the rock community. Recognising artists, events, producers and photographers alike. Leading this year’s nominations are Bring Me The Horizon, Slipknot and Rammstein, garnering four nominations each. Other names up for the coveted gongs are Frank Carter & the Rattlesnakes, Poppy, Enter Shikari, Don Broco, Rammstein, Babymetal and many more. Voting is open now, with all voters entered into the draw to win free tickets to the biggest party in the rock calendar.

UK rock torchbearers Bring Me The Horizon picked up nominations for Best Album and Best UK Band reflecting the huge success they have enjoyed following their sixth album amo. They’ll have to fend off tough competition from previous winners Architects, Frank Carter & The Rattlesnakes, homegrown metalcore heroes Bury Tomorrow, Creeper, While She Sleeps and Venom Prison. 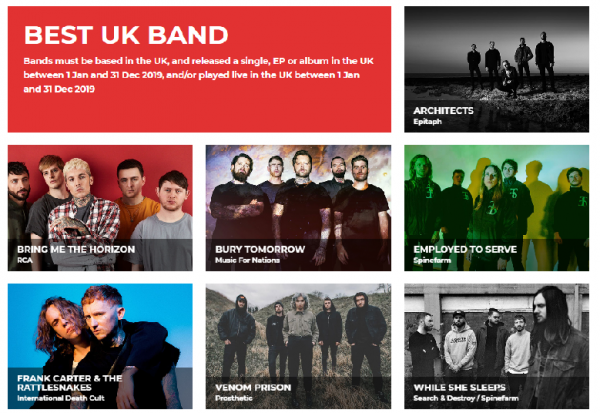 The Heavy Music Awards have relentlessly championed new music and provided a platform for emerging talent from around the world. The key categories of Best UK Breakthrough Band presented by Primordial Radio and Best International Breakthrough Band reflect what has been a hugely exciting 12-month period in heavy music. 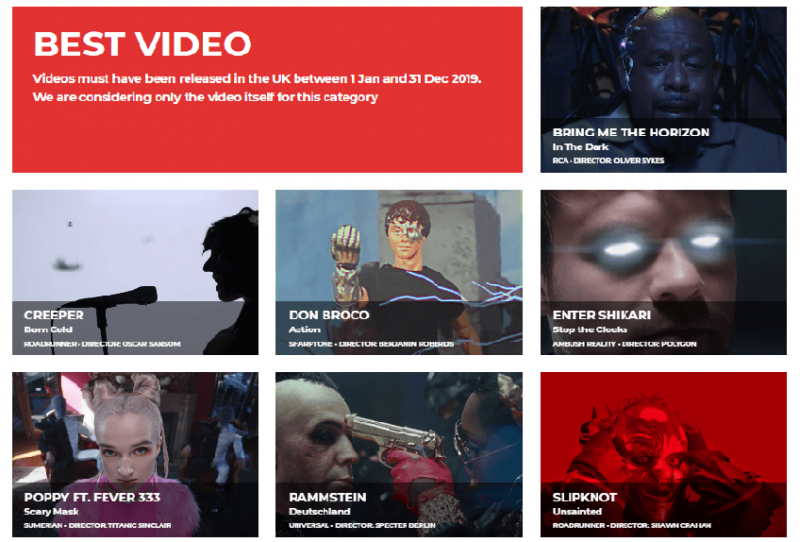 Best International Band presented by eOne reflects the rise of both fun and furious politically-aware punk with nominations for Fever 333, Stray From The Path and The Interrupters. Rock giants Tool who made their grand return with the stunning new album ‘Fear Inoculum’ and an enigmatic Download Festival headline set are up, as well as nods for German metal legends Rammstein and Slipknot.

Voting is open NOW. Remember all voters entered into the draw to win tickets to the Heavy Music Awards 2020 at the O2 Forum Kentish Town, London, on Thursday 21 May 2020.