Since 2011, Waterparks have provided a handful of EP’s and three studio albums along with infectiously entertaining live performances. Their latest album Fandom has a wealth of tracks dipped in aggression and angst delivered via many-layered genres.

Gratifyingly their Fandom tour, like the album, has been a huge success. Most dates instantly selling out and requiring additional dates to be added. Flick OF The Finger headed down to Manchester’s Academy 2 to see what the Texan trio would deliver.

Support tonight comes in the form of the intensely energetic and talented De’Wayne Jackson. The audience is giving back plenty of approval as the Houston Texas alt-rapper fuses several genres with a passion. A brilliant cover of The Stooges I Wanna Be Your Dog allows De’Wayne to show how his affable showmanship is adaptable as well as showcasing his first-rate voice. 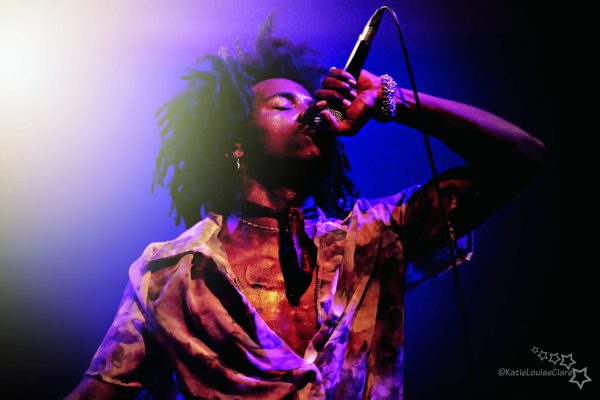 Waterparks, if you spend any time on social media, suffer from the misconception that they create simplistic pop-punk, heavy on the pop, to a rabid fan base. However, Waterparks are in fact a captivating listen. With serious experimental inclinations, intoxicating melodies and introspective lyrics the band is way more than one note. Live all the good stuff is very much on show.

The band, bounds on stage to an audience highly vocal, teasing what’s to come with the swift Cherry Red. Jumping right into Watch What Happens Next and Blonde it feels the night is flying by, Awsten Knight explaining that it’s a long setlist tonight, thankfully. Once again, the audience hollers and screams its appreciation. 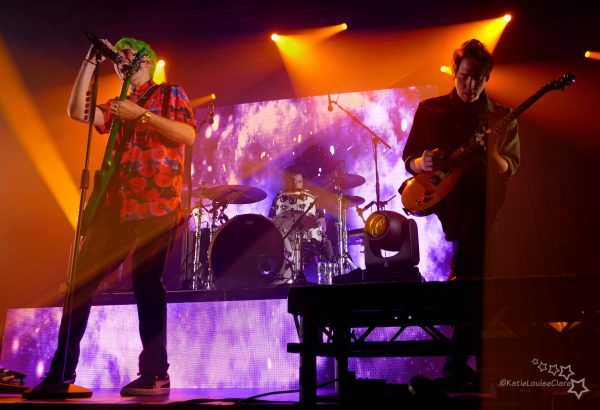 Guitarist Geoff Wiginton and Knight spend the night switching stage sides keeping the energy high as they jump about on their elevated podiums. The sugary earworm Dream Boy is quite charming and allows everyone to sing along bouncing in unison. A theme throughout the night with the crowd taking on a lot of duets with the band. De’Wayne Jackson joining in the sharing theme providing additional vocals on War Crimes.

We are treated to, an acoustic, live debut of Telephone. Again, the audience in fine form throughout. Tonight it was the encore that stood out as a truly fun. Stupid for You allowing everyone a chance to lose their voices while Turbulent allowed everyone to lose themselves in an energetic pit. 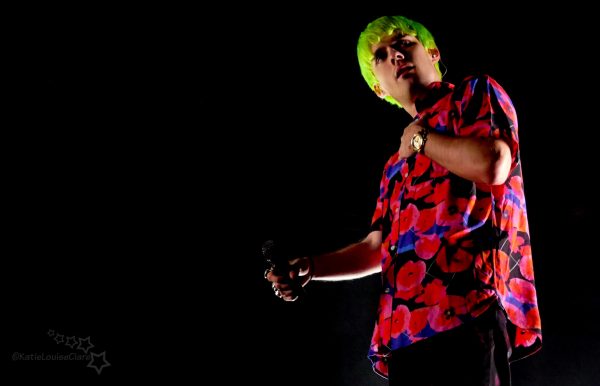 With a band like Waterparks who are wholly prepared to experiment and evolve their sound who knows what’s to come next. Based on their recent releases and tonight’s live show, Waterparks, leave you breathlessly and positively wanting more – so roll on whatever is they decide to do. 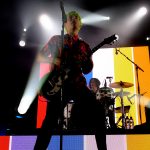