Starved of live music throughout the majority of 2020 it is with a kind of rabid desire that we jump upon four live shows from new duo Salem.

Ok, Salem are no rookies despite the fact their debut EP was only released a week earlier than their first live show. Can such a new band, born in a year in which we have been consumed by a global health crisis and beaten down by the fallout from, resuscitate and revitalise our broken souls?

The brainchild of the pied piper of punk rock Will Gould and award-winning singer-songwriter Matt Reynolds. Salem might be a youthful venture but it is led by a profoundly talented duo. Releasing their self-titled EP on 23 October 2020 and announcing live shows in the same breath is a bold move: so how did it all play out?

There is more to rushing off for a weekend of gigs these days. Ten days one room quarantine, expensive travel plans and all the complicated navigation of the rules and regulations are all fast fading huddles: now we are finally in South East London’s New Cross Inn. Surrounded by familiar faces, the atmosphere tangibility thick with nervous excitement. Legislation and safety measures mean we are all seated. spaced out and we order drinks and merchandise directly from our tables.

When the lights go out the audience, barely reaching half its usual capacity for teh New Cross Inn, do manage to make up vocally for any deficit as they express delight with cheers, screams and applause. Reynolds and the band take to the stage first, Gould bounding on stage moments later reigniting the energising and noisy welcome.

As with the self-titled EP tonight kicks off Fall Out Of Love a wild youthful adrenaline rush of a ride through lustful passions: a vivacious minxy track that channels the wildness of early 60s power-pop with a thrashy punk foundation. It’s a delightfully adaptable song to soundtrack whatever emotional state you in. Gould, with a Cheshire grin, spread across his face, uses each inch of his stage space as he belts out every line.

No time for reflection next up is Doomed (For Each Other) a with a ferocity fast pace you couldn’t argue that there would be nothing out of place to see the spectre of Dee Dee Ramone shrieking out a familiar 1-2-3-4 right now. Reynold’s is doing a great job mesmerising us all with his dynamically poignant backing vocals, as Gould wraps an arm around a stage monopolising pillar, his eyes twinkling as he flirtatiously gazes and grins at the audience.

Next, Salem’s first new – new track, William, It Was Really Something, as with all Salem track so far, it boasts concise yet distinctive songwriting mixed up with an energised delivery. Is this a nod to the similarly named Smiths kitchen-sink take on marriage? Maybe simply a cute moniker witticism? No matter the pretext of the track it is punchy and pacey in the best possible way.

Let us switch things up and move to the next day’s shows. It is Halloween and we are in Southampton’s 1865. It is a surprisingly more relaxed feel tonight, though still, excitement hangs in the air. The venues larger capacity means there is a relatively significant increase in the socially distanced audience, the size of the stage and there is a support band too. 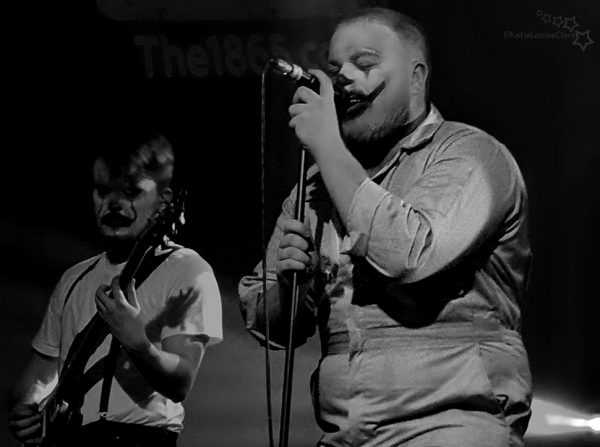 Jetski Babylon, dressed for the night as a variety of menacing characters, delivered a slick set of strident alt-rock. Olly Tilt’s vocals are impressive throughout and their songs are packed with attention-grabbing anthemic sounds all delivered unpretentiously and with lots of heart. If you’re going to check out one track make it Porcelain, after which you will want to hear more.

Several sizes bigger than last night’s stage it gives Gould the perfect new playground in which to strut, flounce and pose. All of which is done with such a joyful exuberance it is impossible not to be so invested in that feeling: after so many months of real despair, it is a dizzying high, we all need. 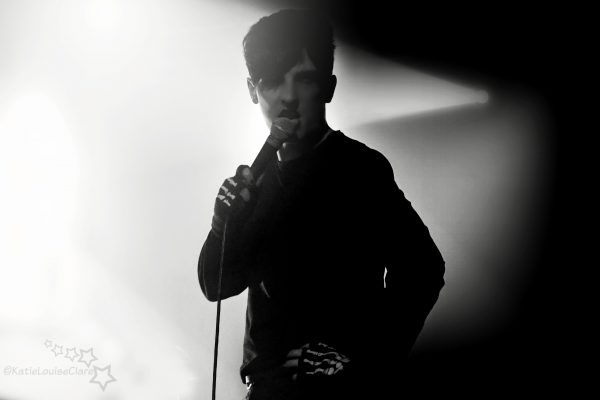 “Boy you look like death, but healthy guys are such an eyesore” Damn how is that for a glorious line! Eyesore possesses a striking cinematic narrative that live is escalated way beyond the recorded version. Gould bounds around his stage pointing into the void and grinning as he story tells of ill-fated love, suicide pacts and Peg Entwistle’s final swan dive. The chorus so utter stimulating an enraptured singalong with the entire venue, during each show both in Southampton and London.

Our encore throughout this weekend has been Throat and the band’s first release Destroy Me both deliver that instant fix of anthemic bombast. Everyone is following Gould as he wraps his skeleton gloved hand around his throat, everyone singing along with him. The final song as always comes too soon and so much more so this weekend. Starved of live music for so many months and the knowledge that the country is heading into another lockdown no one lets the moment pass without throwing their all in. Reynold’s eyes closed and head high thrashes each chord like life depends on it. Gould fills the high ceiling room with every note he expels as the final sound hangs in the air the audience in Southampton like that of New Cross the night before thanks Salem with near-deafening appreciation. 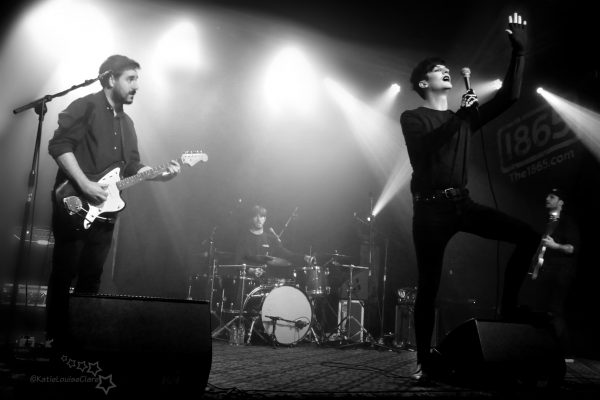 Salem, skilfully marry beautiful melodies, quirky harmonies with exuberant poppy ferocity to create perfectly deliciously lovable darkwave punk rock songs that are enjoyable. Their live performance is a frenzied whirlpool of emotions that possesses all those trills that take place in the dark.  Ultimately, Salem are a band enchantingly endearing and devilishly delightful in equal parts. However, it would be wrong to undersell or underestimate their quality by labelling them a lockdown folly or side-project: they are already way more than these characterisations allows them to be.