Skip to content
Tonight: Heavy Music Awards 2020 All The Winners And Much More

The event will feature exclusive, live performances by The Hunna. As well as Holding Absence, Heart Of A Coward, Wargasm, Coldbones and HAWXX, with Kerrang! Radio’s Sophie K and Jon Mahon hosting the show. Amazon Music celebrates its first year as headline sponsor of the HMAs by presenting both the Best Album and Best UK Band awards, while further categories are backed by Ticketmaster, O2 Forum Kentish Town, eOne, Primordial Radio, Moshhh, AfterLive Music and Subfrantic.

Along with finding out who this year’s winners are we are most excited for the live line-up. The events live performances are by some of rock and metal’s most exciting artists have been filmed at the state-of-the-art AfterLive Music / Subfrantic studios by long-time Heavy Music Awards partners Moshhh. 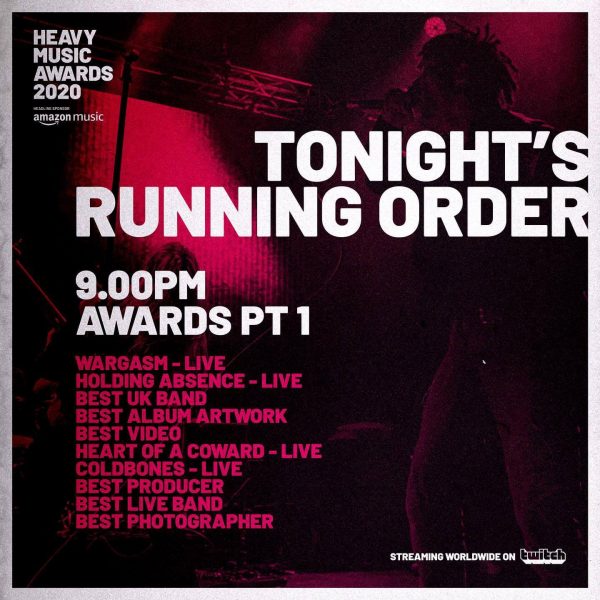 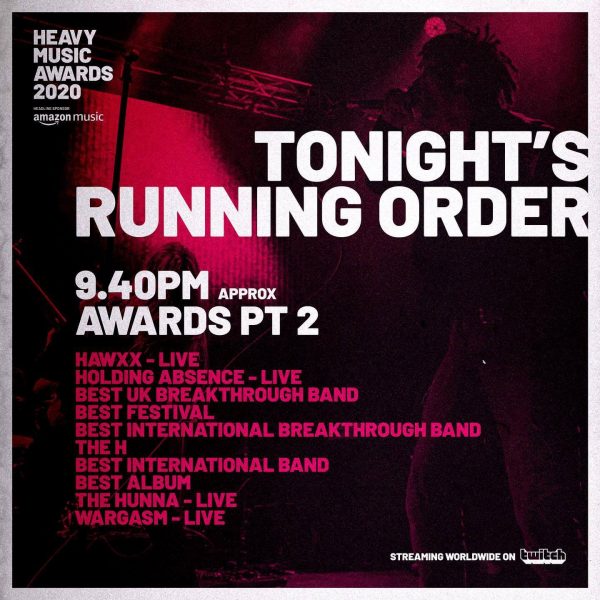 The Heavy Music Awards co-founder Dave Bradley said, “The adversity facing live music right now made us even more determined to keep the HMAs alive. We believe it’s more important than ever to shout as loud as we can about the exceptional talent across heavy music – from the artists to the hard-working teams behind the scenes – and we are proud to do our part to keep the wheels turning until normality returns.”

The Heavy Music Awards will be streaming on Twitch from 8.30pm BST, Thursday 3 September 2020 – Link Here will take you to the stream: Pre-show starts at 8:30 pm. 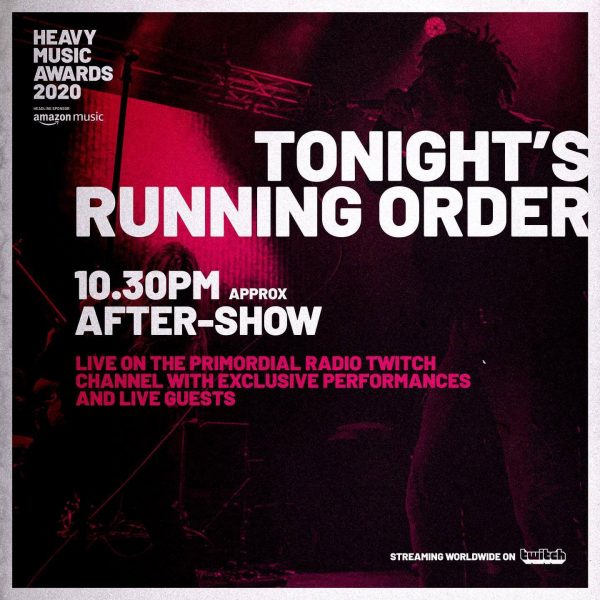