‘End Of Days’ Will Feature On Their Upcoming Album

Their album ‘Doom Crew Inc.’ is released on Black Friday via MNRK Heavy

Black Label Society have released ‘End Of Days’, which is the second single to be released from their upcoming album ‘Doom Crew Inc.’ which will release on Black Friday (26th November 2021) via MNRK Heavy. The music video is a must watch, and the new single hits with all the force you would expect from Zakk Wylde and co.

The video is laden with comedies and parodies. Band members dressed as a bear and a panda/koala go head to head in an advertising war, before chaotically ending on the scene of a music video shoot for two parody rappers, played by the other members of the band. It’s as chaotic as you might think it is, and you can check it out below.

“If there is one thing that Zakk loves, it is comedy. More specifically, classic comedy (ala Mel Brooks, etc.) We both love it, and I think that’s why we work so well together. We both operate on that same wavelength where if he sends me a kernel of an idea and I immediately know where to take it,” said director Justin H. Reich. ”The “End of Days” video idea started with Zakk sending me viral videos of a panda and bear chasing each other through a mall, which I thought were hilarious and gave us a great starting point to create our own original story. It gave us plenty of funny moments and introduced characters normally not seen in a Black Label Society music video – luckily we were able to pull it off and create something fun and buzzworthy that BLS fans all over will enjoy.” 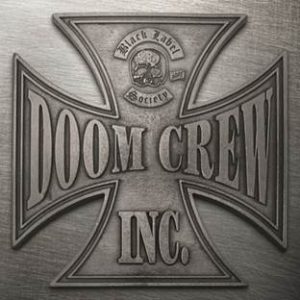 Speaking on the album, frontman Zakk Wylde said “We incorporated Father Dario even more into the solos, doubling with me and being more involved in that regard,”

“It really, truly is a two-guitar album, more so than ever. A twin guitar band, whether it’s the Allman Brothers or Judas Priest, with harmony lines, unison lines, and trading off solos. It stemmed from the live shows, where we’d both go into the crowd and extend songs like ‘Fire It Up.’”

The album is available digitally on CD, vinyl and deluxe edition, pre-order now. See the track listing below!