‘Taking Me Back’ Is As Fierce As You’d Expect

Is this the start of the latest era in Jack White’s incredible career?

Jack White has had a busy year, having spent the time planning and designing the latest addition to the Third Man Records family with the first shop outside of the USA, in the form of Third Man Records London. On the opening night for the shop, Jack was accompanied by two of his band to perform two incredible sets, one in the Blue Basement which is part of the new store, and another gig on Damien Hirst’s Balcony, who is neighbours with the new Third Man store in Soho, London. 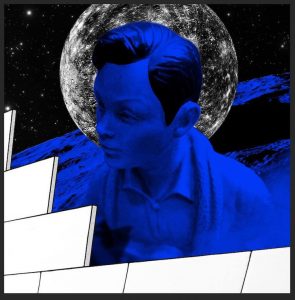 The ‘Taking Me Back’ single artwork

There was no sign of new music back then, but there is now, and it comes in the form of ‘Taking Me Back’. This is the first new taste of solo Jack White material for three years, and follows on from the adventurous tones of ‘Boarding House Reach’, which was White’s third solo album. The new single has tones which made their debut on that album, but there’s more energy and more ferocity to the new single than what we saw on his last offering. The new single harks back to the initial days of White’s solo career.

‘Taking Me Back’ was released on streaming platforms yesterday, and is the main track for the upcoming instalment in the Call Of Duty video game franchise. However, there’s more to this than just the fiery single which will be apart of Call Of Duty, as White has also released ‘Taking Me Back (Gently)’, which is a stripped back version of the track, leaning heavily on the blues and folk influences which have formed his career.

‘Taking Me Back (Gently)’ would not have been out of place on White’s first solo album, ‘Blunderbuss’ as it’s laden with sounds that were a key focus in that era of White’s music, and the soft blues piano, combined with the fiddle, acoustic guitars and upright bass mean that this could be the step back to his roots that fans have been calling for for a while. Jack White has always been a man who focuses on his roots and influences, and having taking a step into the world of unknown back in 2018, it’s nice to see him back at his roots for this new single, and hopefully the release of these two tracks mean that more new material from the former White Stripes man is going to be in the near future.

The new single will form a part of the upcoming 50th Vault Pack, which is the vinyl subscription service offered by Third Man Records. You can view this via their website, and it’s available to order worldwide.

If there is a fourth album going to be on it’s way from Jack White, then we cannot wait for it to land, and hopefully he will be back on the live stage soon.