Currently on a sold out, 17 date UK tour, Kasabian have released their latest single, which is the first taste of new music fans have had since the band reformed with a fresh lineup, and Serge Pizzorno taking the lead as the band plough into a new era of doing what they do best. Anthemic singles, and live shows which carry all the energy they always have done.

Written by Serge Pizzorno, produced by Serge and Fraser T Smith, and mixed by Spike Stent, ‘ALYGATYR’ marks the start of an exciting new chapter with just over 3 minutes of pure adrenaline, fuelled by their trademark swagger. It’s classic Kasabian. And this is just the beginning. 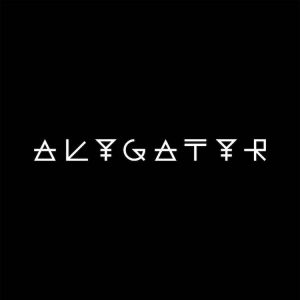 The single is punchy, lively and it’s good to see no major change in direction or sound as the band reincarnate themselves. One thing that has become apparent is that Serge is pulling on more of his own influences now he’s heading the band, and some of the vocal effects and synth layers are reminiscent of Serge’s 2019 solo debut ‘THE S.L.P’, but with the rest of Kasabian with him, he manages to stay grounded to what the band have always been about and pull off a track that is sure to rapidly become a fan favourite, especially if the single makes an appearance on their remaining tour dates.

The band have been opening their shows with one of their big hitters, ‘Club Foot’ and the rest of the set list has been made up of their biggest tunes, as well as a few surprises too. Currently half way through the 17 date tour, which has seen the band play some incredible shows, including a show in Manchester, Kasabian will tonight play an incredible homecoming show at Leicester’s De Montfort Hall, before continuing on with the rest of their tour.

‘ALYGATYR’ is out now on Columbia Records. Listen HERE.