It feels all at once familiar and alien, walking into the O2 Apollo, Manchester’s main hall. The time away from live music hasn’t changed that building excitement that fills the air but there is something more mixed in there now. As people dart from the merch stand to bar and the pit area it seems that there is a heightened sense of appreciation for live music and its importance in our lives that’s rippling around the audience. And as the central lights fade. The loudness of the applause, cheering and screaming, shakes dust from the ceiling and confirms everyone knows just how special it is being in front of a band playing live.

Meet Me @ The Altar have only ever delivered music that explodes with enthusiasm, exuberance and talent. Their live performance is no exception and in fact builds upon that solid foundation. With two supports tonight Meet Me @ The Altar’s set was never going to be long enough. Nevertheless, they made sure they packed as much joy into the 7-track set. Including a pop punk melody with a nod to genre trailblazers’ past including Lit (My Own Worst Enemy), New Found Glory (My Friends Over You) and Limp Bizkit (Break Stuff). 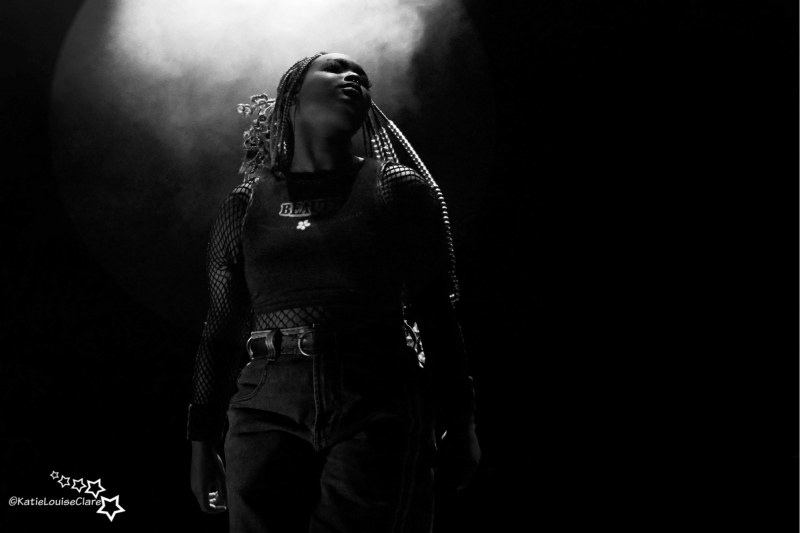 Vocalist Edith Johnson, guitarist Téa Campbell and drummer Ada Juarez are a unified and visibly skillful squad. Special props to their touring bassist who was literal fire throughout. Together they make each song from Hit Like A Girl to Feel A Thing a festivity of all the factors that make Meet Me @ The Altar’s freshly crafted pop-punk so addictive. With a dynamic live show, anthemic vocals pierced with fierce riffs and sharp melodic elements Meet Me @ The Altar – stunning stuff.

The Maine have light up many a stage over the past decade, supplying agreeable poppy rock packed with sparkly riffs and some catchy choruses. Their recently released eighth studio album, XOXO: From Love and Anxiety in Real Love, has upped the bands intensively with reflective lyrics which translate well live. The Maine continue to create a soundtrack for the times where we all occasionally are overwhelmed with emotions. 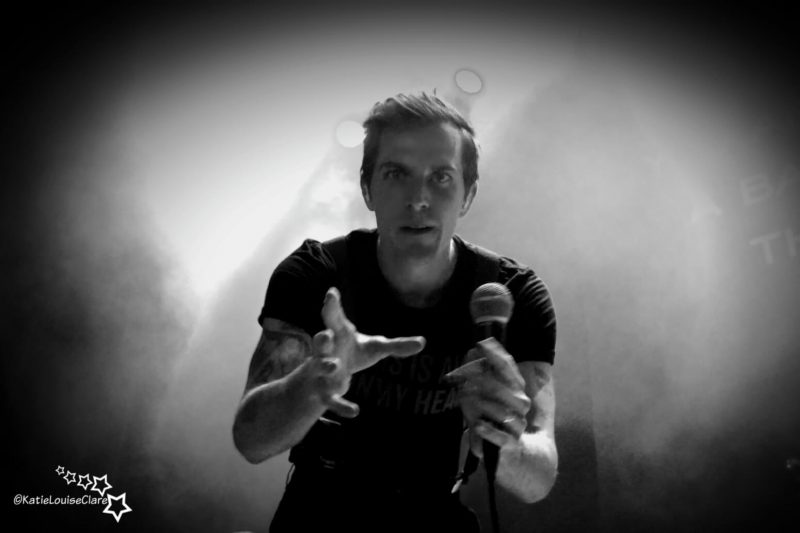 Frontman John O’Callaghan was an expressive dynamo that knows how to whip up excitement. He bounces through Am I Pretty and tears up hearts with Pretender as Garrett Nickelsen and Pat Kirch keep a tight melodic rhythm throughout. All the nostalgic feels hit as they play Everything I Ask For while Black Butterflies and Déjà Vu triggers a flood of emotions as O’Callaghan pleading sentiment rings out “What would you say, if you could say everything you needed to, to the one you needed to?”.

Manchester welcomed All time Low with near frenzied noises of appreciation as the bands giant background screens brightly flashed text and static. The trio of opening tracks Some Kind Of Disaster, Darkside Of Your Room and Six feet Under The Starts are like the going down part of a roller-coaster for 15 minute A thrilling ride full of screams and heightened emotion the pit is a sea of grinning faces bouncing in time while echoing frontman Alex Gaskarth word for word. All Time Low don’t allow the intense joy in the room fade striking up Lost In Stereo taking us back more than a decade it’s no surprised that there is a full venue unrestrained sing along and it won’t be the last of the night. Gaskarth share the strangeness and happiness of touring an album, Wake Up Sunshine, released (April 2020) 18 months ago as they jump into Sleeping In and Clumsy. 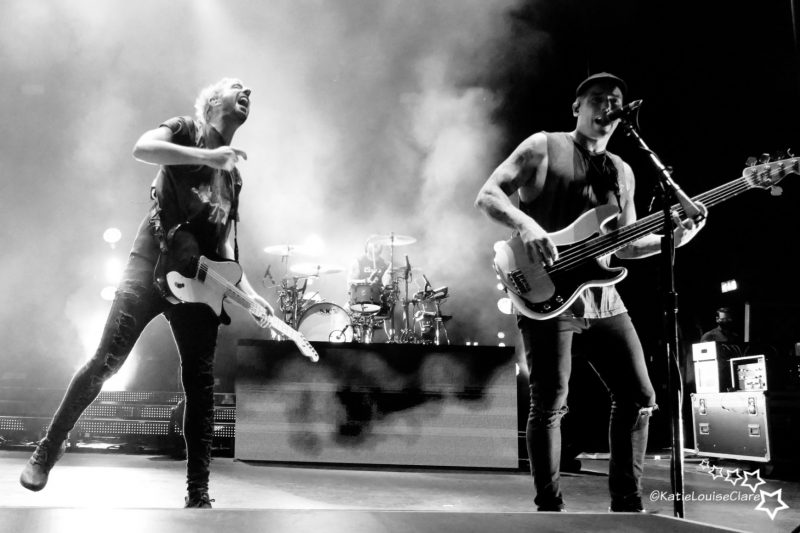 While there are plenty of tracks receiving their initially live plays there is plenty of nostalgia and emotion on the set list. The latter most evident in beautiful renditions of Therapy and Dirty Laundry during which many in the crowd wrap arms around friends as they croon along. Jack Barakat is an energetic bundle as he springs and spins throughout some older cuts Damned If I Do Ya, Damned If I Don’t. “Manchester” states Gaskarth. “We started getting tired three songs back, but you guys energy bought me back”. It seems there is a mutual pendulum of momentum from both the band and their fans; creating a show packed with plenty of enthusiasm and congeniality. 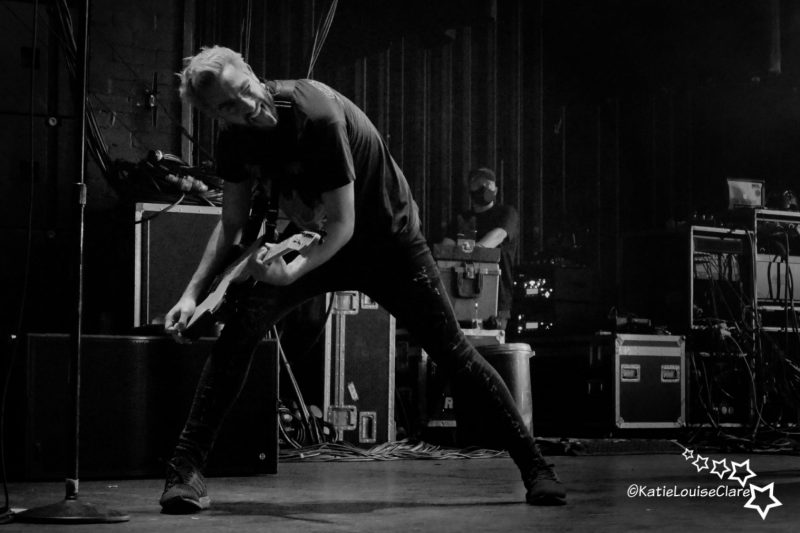 As the confetti cannons showers the venue in yellow All Time Low close the show with Dear Maria, Count Me In and everyone is taking the opportunity to show of just how happy they are to be in front of their fans and them being in from of their favourite band with one last physical and vocal jubilant burst.