Excellent weather, excellent music and an excellent atmosphere. What more could you want!

For the first time, this year Neighbourhood Weekender ran for 3 days, with each day packed to the brim with incredibly talented artists. We headed over to Victoria Park for the Saturday and Sunday, and neither day disappointed. You can check out our Saturday review here, and keep reading to hear all about how good Sunday was!

Bloxx kicked things off for us on the Main Stage, and the sun was already beaming down onto the healthy sized crowd, most of whom decided to sit down and listen to the music, but for those who stood up and got stuck in right from the start, they were lapping up every minute of the fine set which Bloxx delivered. It’s not easy opening up a festival, especially the third day of a festival which had already been jam packed with fantastic talent, but Bloxx came out all guns blazing, and were the perfect fit for starting the day. Over on The Big Top, Dylan Fraser was opening that stage for the day, and it was the first festival performance he had done.

If he hadn’t mentioned it was his first time, then it wouldn’t have been easy to tell. He was focused and on point, delivering his set with the passion you’d expect from a band performing their first festival set. The crowd started off relatively small, but it wasn’t long before more and more punters gathered in the tent to watch his set unfold. If you haven’t heard of Dylan Fraser, then check him out, he has a sound reminiscent of Nothing But Thieves, with hints of mainstream indie thrown in for good measure. After catching a fair amount of his set, it was time to wander down to Main Stage and get in position for The Reytons, with a pit stop over at VIP to grab some food on the way.

By the time The Reytons came on stage, a more than ample crowd had gathered, and you could tell everyone there was ready for what was about to unfold. There are very few bands with more energy than these lads, and their Neighbourhood Weekender set was no different. Despite being two members down due to positive covid tests, the band decided to get in replacements rather than pull out, and had it not been for the t-shirts that the replacement members were wearing, then it wouldn’t have been all that clear to anyone who had never seen them perform before. Opening their set with their usual ‘Red Smoke’, it was chaos from the word go, or in the case of this band, from the words ‘here we, here we, here we fucking go’. Ploughing through their set with material from their upcoming debut album, as well as tracks that haven’t made it on to the album, the crowd of onlookers were loving every minute of the set, with flares, beach balls and inflatable animals making for fantastic scenes.

We managed to catch the first track or two of Red Rum Club’s set over on the Big Top stage, and the opening chords of The Pigeon Detectives set, but it was then time for us to head to the artist village for an interview with The Reytons, fresh from their thunderous set. This interview will be available for you to read over the next few days, so keep an eye out for that! By the time the interview was done, The Lightning Seeds were in full swing on the Main Stage. Now a lot of people will know this band without realising it, and it was clear to see. One minute the crowd were talking amongst themselves whilst the band played through their less popular tracks, but it was great to see the talking turn into full on singing and chanting when they played their more popular material, such as ‘Lucky You’. However their set wouldn’t have been complete had they not finished it in the way they did. After saying their thank yous, the band powered into ‘Three Lions (Footballs Coming Home)’ and after the great summer of football which took place early this year, this song was always going to be special. Out came the England flags and t-shirts in the crowd, and I don’t think there was a single person not singing the chorus, security included.

A quick dash to check out The Lathums at the Big Top, and as soon as you got near to them, you realised that this band are onto something special. It was the first time this weekend I had seen the Big Top tent overflowing with people, desperate to see a band. Now, this might not seem huge, but considering this band have only recently announced the release of their debut album, it shows how special this band really are. It’s a huge statement from fans to show how much they appreciate the freshness that The Lathums bring to the music scene.  For the next few bands, I only caught bits of their sets, but Tom Walker on the main stage was one of the biggest crowds of the day, and for two people, it was the most special gig of their lives, as they got engaged in the middle of the crowd. If they are by any chance reading this, congratulations. After seeing that, I caught the end of Sports Team and the first few tracks of Inhaler, both of which pulled in a crowd which filled the tent for the Big Top. In between Tom Walker and Sports Team, I stopped off at the Viola Beach stage, as a decent crowd had gathered to watch The Goa Express. It’s great to have that stage there, as people who aren’t intending on catching any of the bands, end up hearing a bit of the set and discovering a new band! 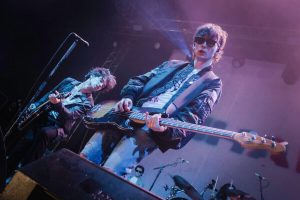 Just a few bands remained now, and after a quick refreshment whilst the bar was quiet, I caught a few tracks from Sea Girls’ set at the Big Top. I wasn’t expecting too much of a crowd to gather for them, with The Wombats coming on stage part way through their set, but I am happy to say they gathered the crowd that they deserved to, and they put on a great show too! I’ve caught this band on a couple of occasions now, and each time, they have a bigger crowd, and a more precise and fantastic set. It’s great to see them developing, and hopefully one day they’ll make their way up the bill and get a chance to head onto the main stage at a festival!

For The Wombats, I wanted a good position that I could keep for Catfish and The Bottlemen, so venturing over to the VIP viewing area, I got a great position just in time for The Wombats coming on to the stage. It was my first time seeing them perform, and based off their performance, I plan to see them again when possible. They played a bit of everything from their extensive catalogue, with tracks from their upcoming album, as well as those well known indie anthems that have secured them a place in the Indie history books. Not only were the band fantastic to listen to, but from a visual perspective, their stage set up and light show was just as good to watch, and at various intervals through the set, they were joined on stage by people dressed in wombat costumes, and even one of the band members’ children was on stage in the wombat costume. Towards the end of their set, the band took a minute to interact with the crowd, and sign a giant inflatable penis that had been floating around the crowd throughout the show, and according to the band, had been at Leeds festival last month. After their set, it was a short wait for Catfish and The Bottlemen.

Whilst they came on stage to cheers, there was a distinct murmur throughout the crowd, wondering if the rumours were true, and if this was going to be their last gig before they split. The band didn’t acknowledge as to whether it was the final time they’d play, but the set they delivered was one of the best of theirs I have ever seen. If it was to be their last, they were certainly going for the all guns blazing approach, and the fans were loving it, and living in the moment just in case it was the last time. Fans will be pleased to see that this morning, the band have announced another performance for December, so there’s at least one more performance left in the band if the rumours are true. Whether they are soon to be breaking up or not, their performance to close Neighbourhood Weekender was second to none. 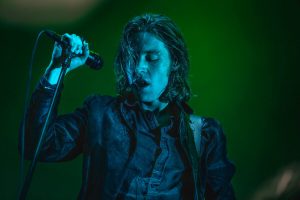 Catfish and The Bottlemen Performing at Neighbourhood Weekender 2021. Copyright: Billy Seagrave. No Usage Without Permission

Catfish’s set was the perfect close for an incredible 3 days of some of the best live music around, and as their set finished, the official app for the festival announced the dates for next year, and due to this years being delayed, it’s not that long of a wait until Neighbourhood Weekender returns to Victoria Park, with May 28th/29th being the date for 2022! We cannot wait to do this all again, and we’re sure the lineup is going to be just as incredible!