The finalists for the fifth annual Heavy Music Awards have been revealed.

Voting is open now and until 14 July 2021 – all voters over the age of 18 are entered into the ballot to win tickets to the Awards.

Hot on heels of the news that HMA21 will take place at a full capacity, in-person event at London’s O2 Forum Kentish Town on Thursday 02 September 2021, we now know who is in the running and can vote.

Among the eclectic mix of nominees from the full spectrum of the rock and metal scene, previous HMA winners including Architects, Nova Twins and While She Sleeps face off against a host of first-time finalists including Machine Gun Kelly, Ghostemane, Five Finger Death Punch, Ghøstkid and Dance Gavin Dance.

Sponsors and supporters for this year’s event – which is set to be the biggest HMAs ever – include EMP, Fireball, SharpTone Records, Nuclear Blast, Rude Records, Allianz Musical Insurance, O2 Forum Kentish Town, The Heavy Network and Dead Simple Accounting. BIMM return for the fifth year as Education Partner, while music therapy organisation Nordoff Robbins will once again be the HMAs’ charity partner. 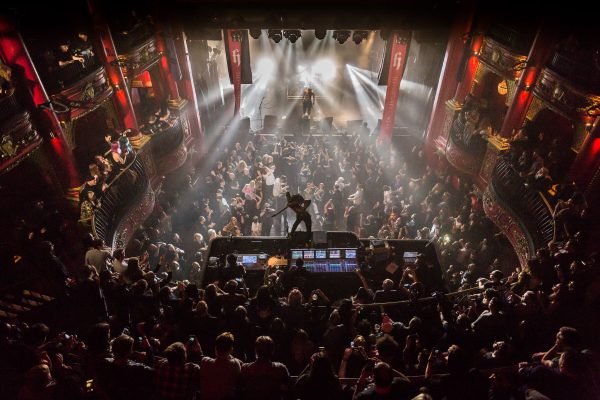 This year’s programme also sees a reworking of the categories to reflect the effects of the global pandemic on touring and live events. With no live music for much of 2020, the Best Photographer and Best Festival categories have been removed. An all-new Best Podcast category has been added, and the Best Producer category has evolved to Best Production. ‘The H’, an award handed to an individual or organisation which has provided an exceptional positive contribution to the heavy music scene, will be announced at September’s event.

Once again the finalists have decided democratically thanks to nominations from almost 700 industry insiders, while the winners will be chosen entirely through a public vote. The Heavy Music Awards has no influence on the shortlists or winners.

Your vote counts – https://vote.heavymusicawards.com – remember when you vote you’ll be entered into the drawn for tickets to the live event in September.

You can also find an enormous about of information about how The Heavy Music Awards on their official website as well as news and links via their Twitter account from where they tweet as @heavymusicawds.