INTERVIEW: Azim ‘They may take our lives but they’ll never take our…’

Ahead of Azim’s debut EP release ‘Freedom’ on 12th Oct, we jumped at the opportunity to catch up with him and get to know the man behind the music…

What inspired you to first start playing the guitar? (and what do you play – make/model)

I have always been into guitar music particularly indie and rock so I was always interested in trying one out. I just seemed to connect with the instrument immediately and as a songwriter, I love the instant and direct expression that it encourages.

In terms of guitar: Acoustic: For songwriting and solo shows I use a Faith Venus cutaway.

Electric:I have several..in terms of sound I would say my Gibson es 339. In terms of versatility I love my Epiphone SG which I’ve customised with p-rails from Seymour Duncan. That coupled with a few pedals gives pretty much any tone you want.

What was the first song you learnt to play?

I think it was Easy by the commodores. Really simple song to play and beautiful to sing.

Where do you pull your influences from?

My influences tend to be very wide ranging from jimmy cliff, the Police, the Clash all the way to the Las, Richard Ashcroft/The Verve, Noel Gallagher/Oasis, Jimi Hendrix, Cat Stevens. I love a well crafted song so no surprise that all of the above are great songwriters in their own right. At the same time I’m quite happy to listen to Hendrix solos on repeat!

Richard Ashcroft because he’s such a gifted writer and I think his audience would get what I’m about. Liam Gallagher because he’s incredibly charismatic and I reckon it would be a laugh. Kurt Vile or Mac DeMarco would be pretty cool as well just because they’re just so authentic in what they do.

What have you recorded and what do you have planned for release? 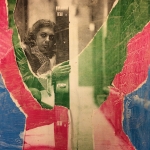 We’ve got a fantastic first release EP called Freedom, out Friday 12th October. It’s essentially the studio version of my song Freedom plus 2 remixes done by the legendary Scottish dance DJ/Producer George Bowie/GBX and Gordi Goudie of a small band called Simple Minds (!). There’s also an intimate acoustic version by me and an extra track so if that isn’t worth your pennies I don’t know what is.

After that I plan a couple more singles and I also have an album in the pipeline so expect a big end to this year and an even bigger next year!

What are your thoughts on the current condition of the music industry – is there anything you’d like to change?

I was quite disillusioned about the how consumerist and corporate the industry had become and just how much the balance had shifted from music being something sacred into something which was just a commodity – to be consumed and thrown away like a can of soup. But I can see some change whereby people are starting to understand that music is deeper than celebrity, that it holds a space in their lives closer their soul. I think the music industry needs to respond by supporting the art not just the business. On the consumer end, I’d like people to think more critically about what they are supporting and buying into. If we’re going to bring the world back from the direction it’s heading, we have to start taking ART more seriously.

What song do you wish you’d have written?

The Winner Takes it All – Abba. Genius.

When is your next live show?

I’m playing at the Bungalow, Paisley up in Glasgow on 18th October with my band. It’s going to be a great show and to celebrate the single release, I’ve asked my Scottish Fans to do their best Braveheart impressions because
‘They may take our lives but they’ll never take our…
FREEDOM !!!!’

Connect with Azim on Social Media: