In these dying days, as a brutal 2016 drags itself to a welcome end, guitars can seem rarer than hope.

RedFaces are rarer still – a brand new guitar band snapped up by a major label in open defiance of chart stats and marketing departments.

Newly signed to RCA and with a debut single – the incendiary ‘Kerosene’ – available now (with a limited 7” due on February 3rd), RedFaces are Harry Lyon, Isaac White, Charlie Yapp and Ryan Laycock. Four lads from Sheffield treading what was once a well-worn path, these days the road less travelled.

The journey started at 2Fly studios in Sheffield, recording demos with Alan Smyth, the man behind the Arctic Monkey’s first ventures.

Out of these sessions came the band’s first release ‘Katie Come Home’ in early 2015 – championed by BBC Introducing it also attracted the attention of the London A&R fraternity. An early gig in Sheffield saw representatives from every major label through the door. 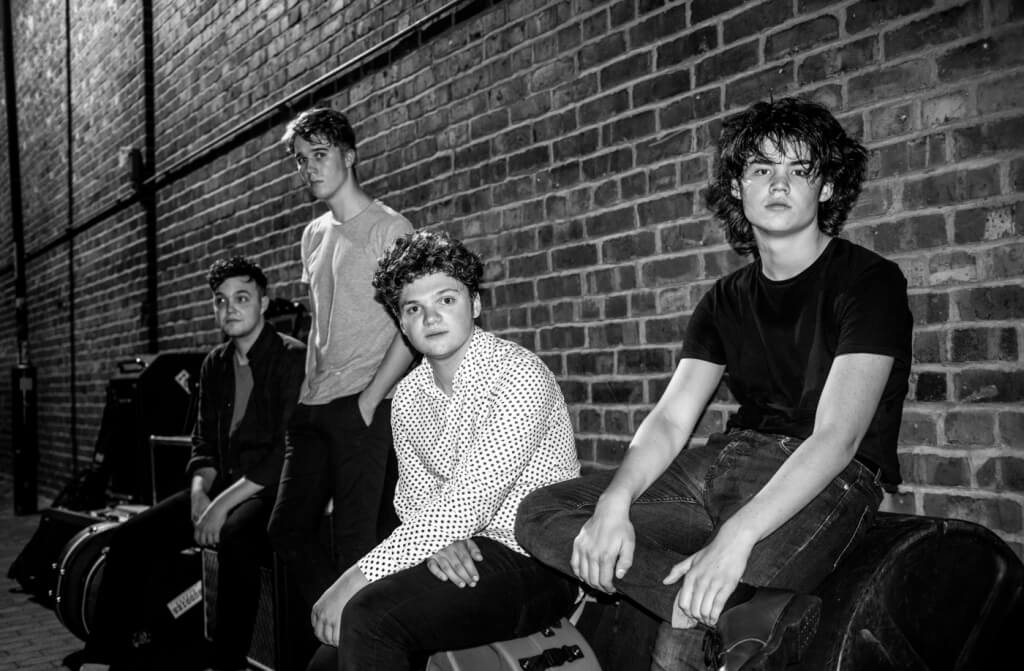