Black Peaks release their second album, in October, entitled All That Divides (released via Rise Records/BMG) it was meant with a great deal of critical acclaim.

Upset Magazine’s crowned the album their Album Of The Year and All That Divides also made the best album lists with, among others, The Independent and Metal Hammer.

The Black Peaks will be taking from Bristol’s new wave grunge creators Phoxjaw on all dates except the Reading University Student Union show. the Black Peaks headline tour will follow on directly from their month long support tour with Enter Shikari as follows: 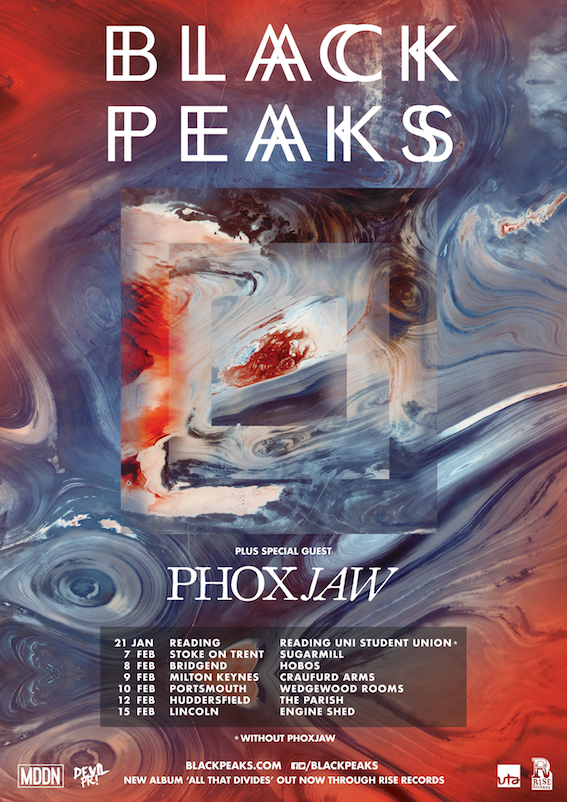