Australian’s pop-rock outfit Stand Atlantic have announced a return to the UK and Europe for a headline tour in March and April next year.

Stand Atlantic released, in October 2018, their debut album Skinny Dipping on Hopeless Records. Full of feel-good vibes with a side order of melancholy, the album, received plenty of thumbs up from critic’s sporting Cheshire cat grins.

Soaked in a ’90s effervescence, Skinny Dipping’s title track sets the pace for the albums 10 tracks; with their themes of self-awareness and portraits of human emotions. “Skinny dipping can be seen as an innocent thing you do for fun,” vocalist and guitarist Bonnie Fraser explains “But at the same time, you’re naked and vulnerable and exposing yourself to anything in there.

There are things in life I sometimes feel are either unimportant or something I shouldn’t be talking about. It can be so isolating to be truly honest, but to have people accept you is so freeing.”

Along with a nomination for Best International Breakthrough Band at the 2018 Heavy Music Awards and a spot in Kerrangs! Hottest Bands of 2018 list. 2018 has seen Stand Atlantic touring the UK with State Champs the USA with Neck Deep. As well as enjoying, the final three date version of, Slam Dunk Festival on the Rock Sound Breakout Stage. Their new year will start off with a 25 date North America and Canadian tour supporting Japan’s post-hardcore punks ONE OK ROCK and Waterparks prior to the UK and European tour.

Speaking about the UK tour, as Fraser explains “The U.K. and Europe have always been a special place for us, so it only felt right to do our first international headline tour there. When we first played there, we were playing these rooms as openers so to come back and be able to headline is really rewarding.” 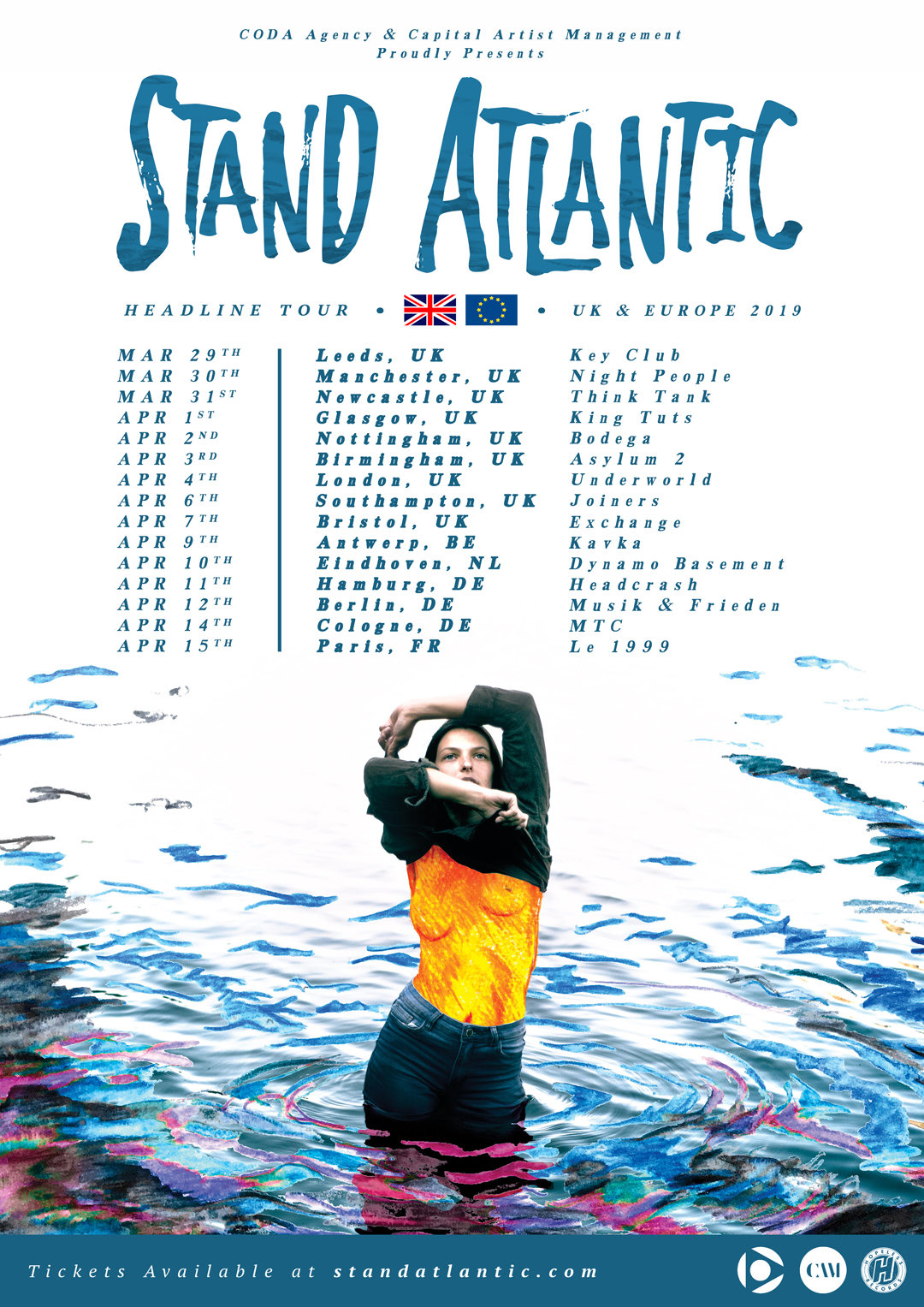 The Stand Atlantic UK portion of their UK and European starts on Friday, March 29th, 2019 at Leeds, Key Club and continues as follows: