Flick Of The Finger | Review

Liam Gallagher’s Beady Eye unveiled their track ‘Flick Of The Finger’ and fans have taken to Twitter to share their mixed feelings towards the song.

Flick Of The Finger – The single was aired on US radio station KCRW and is the second track to be taken from Beady Eye’s forthcoming album which is set to be released this summer.

Speaking of the new track, Twitter user Tom Thorogood wrote: “Got about half way through the new Beady Eye song before giving up. It still felt like I’d been listening for 8 hours.” 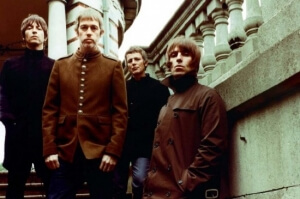 Fellow social network user, Conor Nolan was also disappointed with the tune as he said, “Just heard the new Beady Eye song. Nothing special really, Liam’s not at his best, shame that”.

It has been confirmed that Liam Gallagher’s band will be performing at this year’s Summer Sonic Festival in Tokyo for a festival which is set to be headlined by Muse and Metallica between August 10-11.

Fraser Keegan wrote: “‘Flick Of The Finger’ is a definite grower, f**king buzzing for the new Beady Eye album now!”

Whilst @Jeff_Gallagher feels the track would be getting a lot more love if Liam’s brother had written it. He wrote, “Beady Eye’s new song is great. If Noel had written this tune everybody would all be raving.”

Talking about the band’s new record, Beady Eye frontman Liam Gallagher said: “I hate the word ‘experimenting’, but we are definitely experimenting. In five words, it’s ‘majestic’, ‘imperial’, ‘out there’ and, er, what was that other one? Oh yea, ‘heavy’.”