Joe Bonamassa is without doubt one of the foremost guitarists in the world today with a collection of superlative albums behind him and ever-increasing international recognition including a Grammy nomination in 2013.

From supporting blues legend B.B. King at age 12 in 1989 he’s built up a formidable body of work including 15 solo albums in the last 13 years alone and an army of fans the world over. 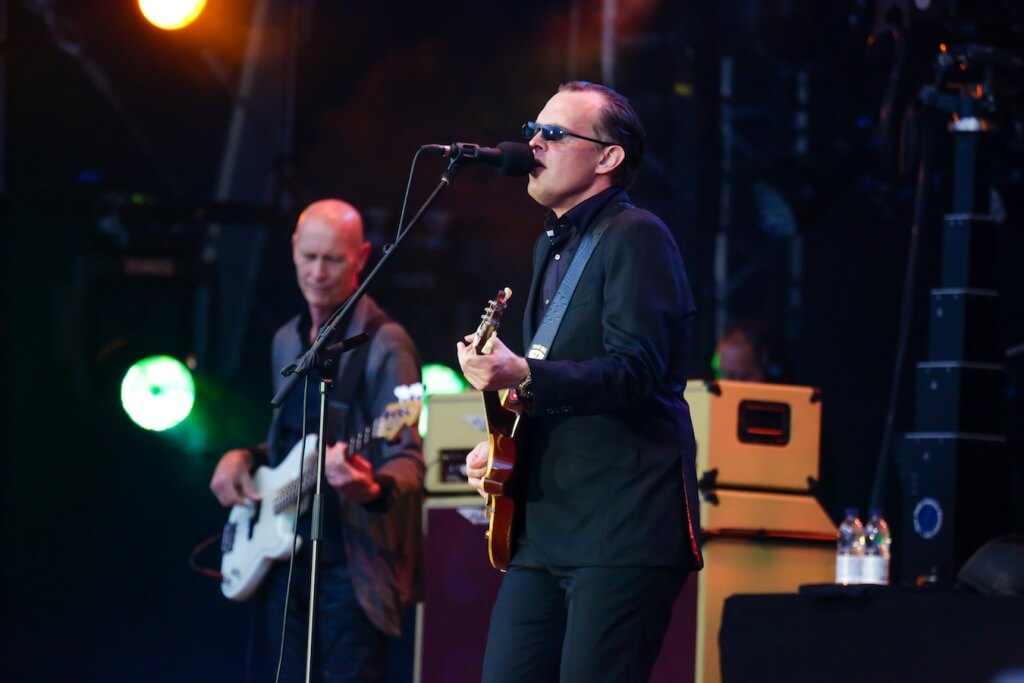 The setting for the show was a fabulous one with the Greenwich Music Time venue being the Old Naval College looking out over the Thames and with the skyscrapers of London’s Docklands providing the backdrop behind the stage with the City of London off to the west. The fickle English summer weather decided to play ball too and aside from a couple of spots of rain early on the warm and balmy evening was perfectly set for an evening of extraordinary musicianship.

Before Joe came on support came from the superb Joanne Shaw Taylor from the Black Country with an impressive set which seemed sure to garner her some new fans in time for her UK tour coming up later this year once the US leg of her tour is completed. If you don’t know her by name you may have seen her in Annie Lennox’s band at the 2012 Diamond Jubilee celebrations which were seen by millions across the world and her three piece band certainly warmed up the crowd with some exquisite solos and Joanne’s beaming smile suggested she was having a good time too.

I hadn’t seen Joe Bonamassa live in the flesh until last night and while I’m familiar with his work, particularly the massive tunes such as “Slow Train” and “Love Ain’t A Love Song”, this “British Blues Explosion” tour is all about him paying homage to the original British blues-makers such as Clapton, Beck and Page for taking an essentially American music form and making it part of the UK music mainstream in the 60s and 70s. Joe cites those three guitarists, plus others such as Peter Green, Paul Kossoff, Rory Gallagher and Gary Moore, as being more of an influence and inspiration than the American blues artists of the time.

The set kicked off with “Beck’s Bolero” and into “Rice Pudding” (Beck) then on to “Mainline Florida” (Clapton) before surging into Led Zeppelin’s “Boogie With Stu” followed by a trio of Jeff Beck tunes, “Let Me Love You Baby”, “Plynth” and “Spanish Boots”. By this time the expectant audience was thoroughly into it and whilst the all-seating arrangement wasn’t laid out with dancing in mind there were certainly lots of feet tapping in the Greenwich twilight and those who’d decided to stand off the sides rather than take their seats were certainly moving around a bit. 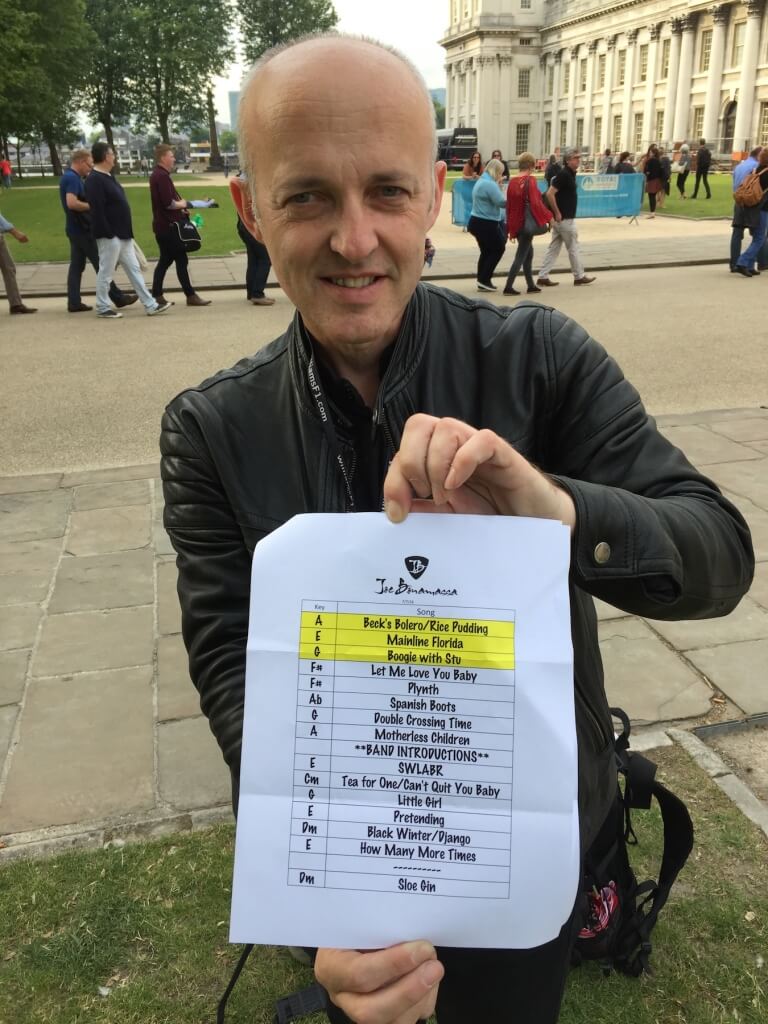 Joe and the band blazed through more great songs from Clapton, John Mayall and the Bluesbreakers and Cream with the classic songs served up with a lot of energy and a mass of epic solos. If anyone was concerned that by not playing his own songs Joe might hold back in any way that certainly wasn’t the case and a whole range of gorgeous extended solos rang out across the courtyard of the Old Naval College as the sun set a fiery red overhead. That was the point for me when the evening went from great to magical and while the lights on stage illuminated Joe and the band the setting sun illuminated the clouds overhead to make it a full 360 degree experience… this is why we do outdoor music, it really is.

The set finished with the trio of “White Summer”, “Black Mountain Side” by Led Zep before Joe was drawn back out by the rapturous applause for an encore of Tim Curry’s “Sloe Gin”.

All in all a fantastic evening and if you’re not lucky enough to have tickets for his remaining UK date at Newark Castle then the good news is that the evening was being filmed for a DVD release, otherwise you’ll need to wait until his next journey to these shores.