Weird reverb and sound, but the legend delivered a rock gig with lots of arrogance and big hits in Copenhagen

As someone who grew up listening to Oasis, I was kinda expecting to witness a living legend working, but I was left with a strange feeling, both over the venue (sound), the lighting, and the show itself.

People was coming in from near and far to DR’s new concert hall, and you could tell that it must be a 90’s Brit-rock star in town, as half the audience was wearing their Liverpool/Manchester United jerseys – something often associated with those 90’s bands, Oasis, Blur, Pulp….
After chugging beers in the lounge, people found their way to their seats – because this was a seated show – and I was expecting great sound from this purpose-designed hall, with its supposedly sound-dead walls and interior. Elements in the male part of the audience was, strangely enough, singing football (soccer) songs and provoking each other with gestures to match. Kinda strange, given this was a rock gig and not a Sunday hooligan-meet between Chelsea and Millwall. However, as Noel and his High Flying Birds came on stage, and people instantly left their seats, this changed quickly.

The band started out with “Everybody’s On The Run” from their 2011 debut album, accompanied by horns and saxophone, and lots of smoke and 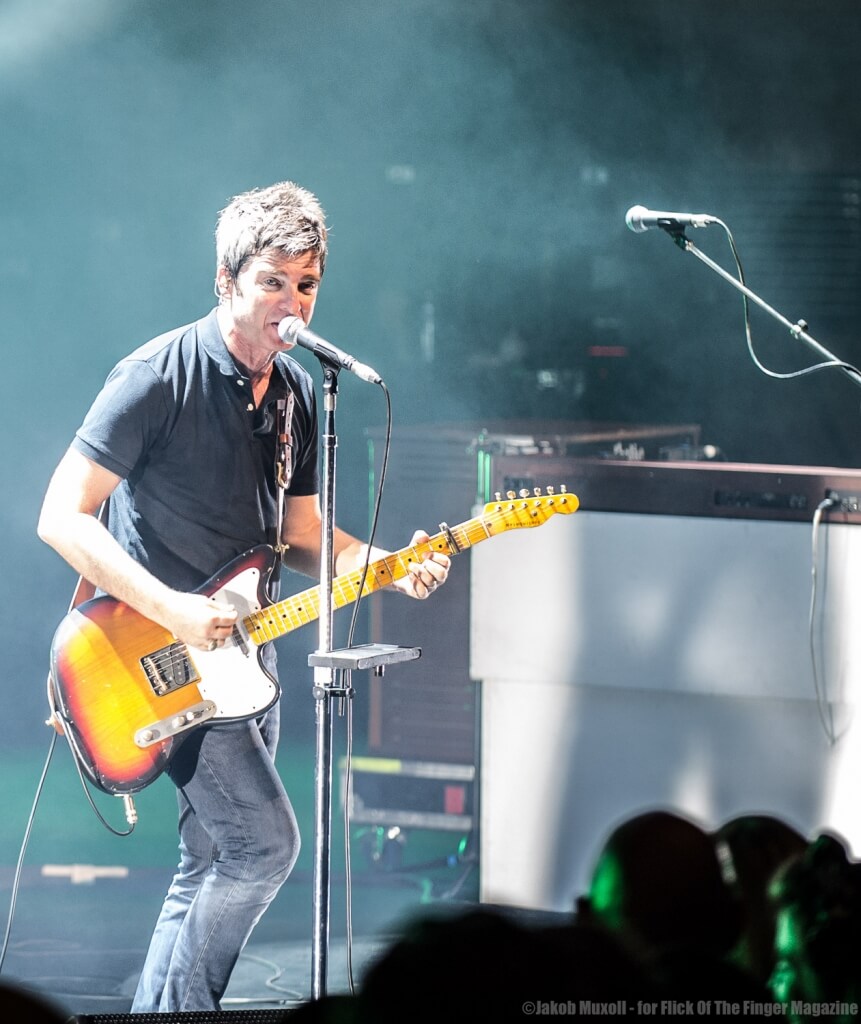 backlighting. A little slow for my taste, but the next song “Lock All The Doors” got things moving more, given its much more crunchy guitar vibe. Before starting it, Noel bluntly stated: “This next song…..It’s f**king brilliant!”.
While following up with songs like “Riverman”, the Oasis song “Fade Away” and “You know We Can’t Go Back”, Noel chatted with the front-most part of the audience (plus some on the balcony), yelled at someone else, and seemed a little tired. That may be, but I think he was a little too cocky. Nothing wrong with confidence, but you are a famous musician, not a god – just my two cents…

Oh well. Many people were clearly there to hear the hits, and the hall did go nuts when Gallagher picked up his Gibson Jumbo, and started “Champagne Supernova”, which was beautifully played with lots of emotion. Following the mega hit, we had “Ballad Of The Mighty I”, “Half The World Away” and “The Masterplan” among others. 17 songs before the main set ended. People shouted “Noel! Noel! Noel!”, and the band came back on stage (no surprise, things like encores are planned into the show). Despite the seventeen previous songs, it still felt like something was missing. And so, we got the magic “Wonderwall” in a slight alternate version, which made it a little harder for the audience to sing along, but both band and audience nailed it, nonetheless. This time, Gallagher did mention that if he hadn’t written this, he might not be where he is today. Hats off for being a little humble.

After “AKA… What A Life”, Gallagher and his high flying birds closed with another monster hit, “Don’t Look Back In Anger”.

Personally, this gig felt kinda weird. I grew up with this music, and I was really looking forward to it, but the venue was weird, the sound was weird, and Gallagher’s attitude could have used a little more humility. It seemed more like another day on the job, opposed to an evening with a mega star. Don’t get me wrong, the music was great and played to perfection, but it was still a little sterile. 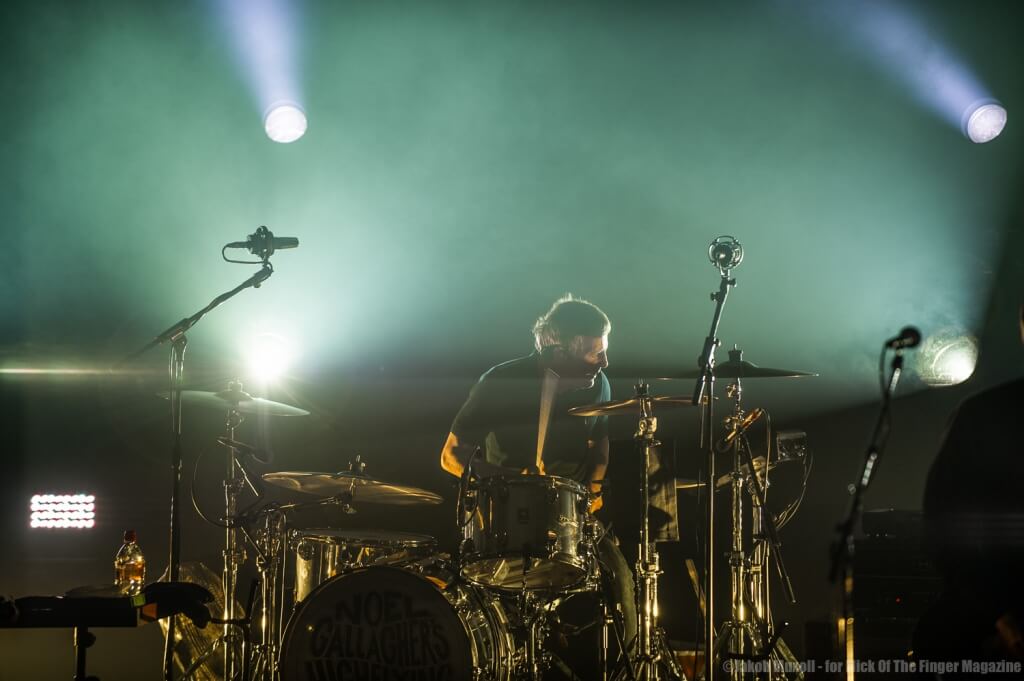 Posted by
Jakob Muxoll
Based in Denmark, Jakob shoots portraits, conceptual photography, bands and rock concerts. Having played lead guitar in several bands, he combines his love for music, with his passion for photography.