It’s always going to be a special event when these three heavyweights step into the ring.

With Leeds Millennium Square as the backdrop for what is set to be the city centre event of the year as 6000 fans cram in to the venue to witness the sell-out show headlined by Ocean Colour Scene.

Whilst it was a fantastic day and everybody was in the right mood; it didn’t go without a couple of glitches. That said the guys at See Tickets and the organisers, Future Sounds, did a cracking job. I had the pleasure of meeting the organisers who were sound, down to earth and loved their jobs…. I’m sure they will have taken everyone’s feedback on-board and will look at alternative solutions for a more effective bar service next time. Anyway, on to what really matters….

Opening the Leeds event were the relatively ‘local’ band – The Sherlocks. The Sheffield lads have gone from strength to strength over the past 18 months having played increasingly bigger shows, especially over the last 6 months. With a couple of headlining tours under their belt and another lined up for September 2016 the band are looking good for this summers busy festival season.

With Kyle Falconer taking some personal time and having a breather from the Rock n’ Roll lifestyle he’s been living of late, it was a real shame the line-up was missing Scotland’s very own, The View. Having seen the band in Manchester a couple of years ago it would have been nice to see them again however that said FOTF wishes Kyle all the best and hope to see him back soon.

With the second slot empty, in the days leading up to the event I was really hoping for an announcement on the slot being back filled. Something along the lines of The Twang would have been nice having played the week before at Mosely…. However it wasn’t to be…

First of the 90’s legends to take the stage was The Bluetones.  An obvious question to ask the band would be “where did you go?” however you may be surprised to learn that the band only spilt in 2011 following their 6th studio album  “A New Athens” released in 2010. In April 2015, the band announced that they are to reform for a UK tour and 2016 sees Mark and the guys playing another 20+ shows.

Seeing bands that were formed in the 90’s touring again is great. Especially for the younger fans out there who missed out the first time round. Marks vocals sounded pretty much as you’d remember them and the overall Bluetones sound was fantastic. A very entertaining set, a blast from the past with tracks anyone and everyone will know such as “Slight Return”, “Solomon Bites the Worm”, “Bluetonic” and “If”…

It would be foolish to miss out on some Bluetones action this year as they are currently on their tour. Buy tickets and go see them… FOTF will be at their Manchester show for sure!

Its never a dull moment when Rick takes to the stage with said band, Shed Seven! Formed in York 1990, the band had huge success throughout the 90’s with many of their songs being a back drop for the “britpop era”. 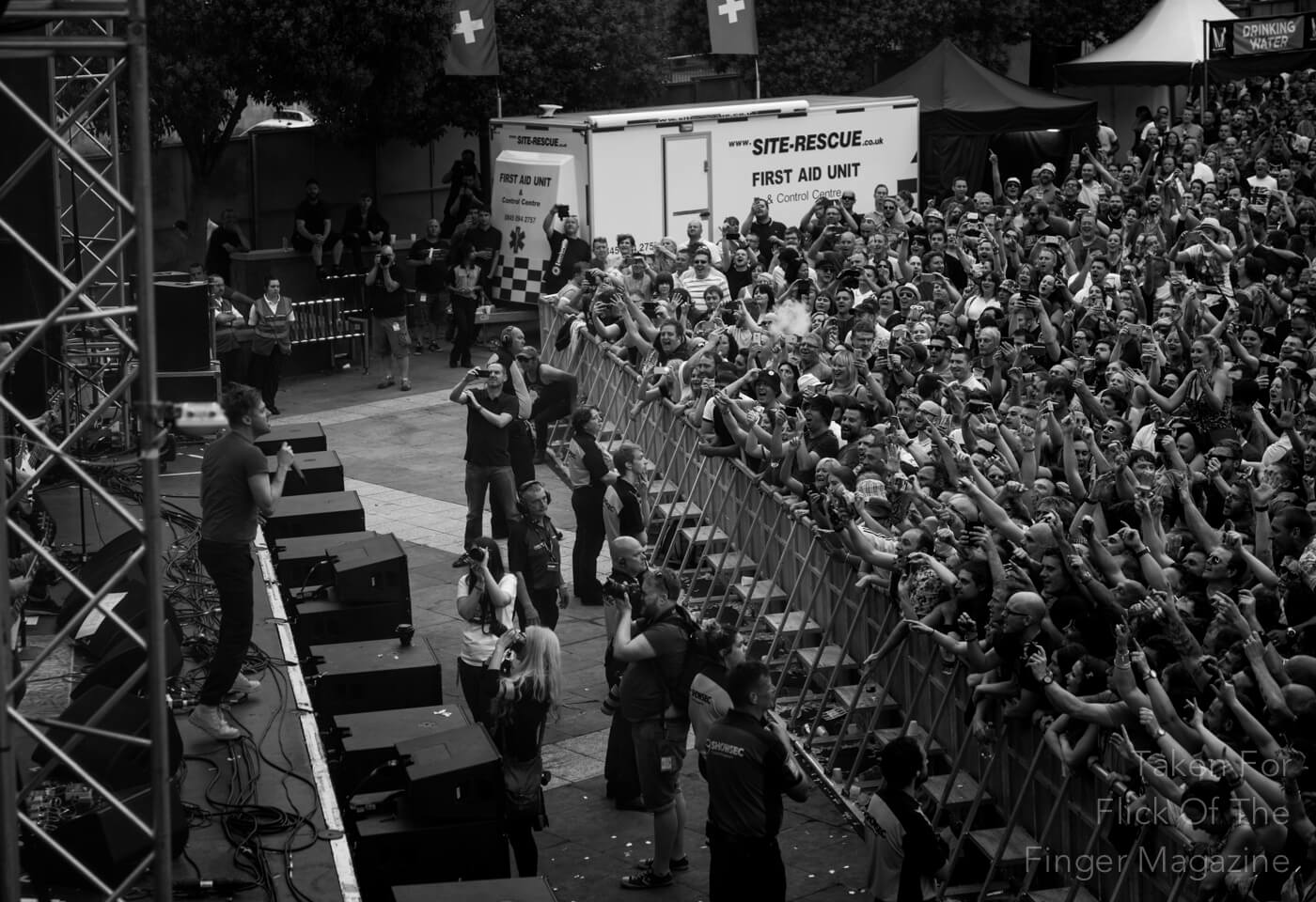 With the beers served (to the lucky and patient) the atmosphere was steadily getting to a state of “right side of tipsy”. Opening up with “She Left Me on Friday” the nostalgic fans were more than happy to assist with a good old sing-a-long.

The rest of the expected hits followed including; “Dolphin”, “Disco Down” and “Going for Gold”. The Saturday show also included an unlikely guest appearance from the one and only, local lad, Ricky Wilson who took to the stage and joined in for possibly the most entertaining perfromance of Kaiser Chiefs hit – “I Predict A Riot”.

It’s fair to say that the ‘riot’ Ricky predicted in 2004 finally came to fruition and found its way on to the Saturday stage in the form of a failed attempt of ambitious, drunken acrobatics. It was only going to end one way; with a dangerously close Rick Witter face-plant. When Benny Hill meets indie Rock n’ Roll… hugely entertaining, no one was harmed and smiles all round! Fair play guys!

Video credit: Everlasting 123 Youtube. Disclaimer: No Rick Witter’s were harmed in the making of this video!

I’ve had the pleasure of shooting Shed Seven a few times now and when “Chasing Rainbows” starts you know the end of the set is close. The 98 anthem reached 14 in the charts, not the bands highest charting single but definitely one of the most memorable. The final track for Shed Seven saw the crowd reach insane volume levels who, by now, had their vocals chords warmed and ready to go for the mighty head-liners. Quality performance as always from the Yorkshire lads – thoroughly enjoyable and sounding as good as ever!

1996! A fine year for British music, it was all going on…. the Brit-Pop scene was well underway, Jarvis showed ‘Jacko’ more than he should at the Brits, Oasis played Knebworth (joined by John Squire) and just when you thought it couldn’t get any better – Take That formally announced they were splitting up. Even The Beatles were selling records again! Oh… and “Mosely Shoals” was released and the crowd went… 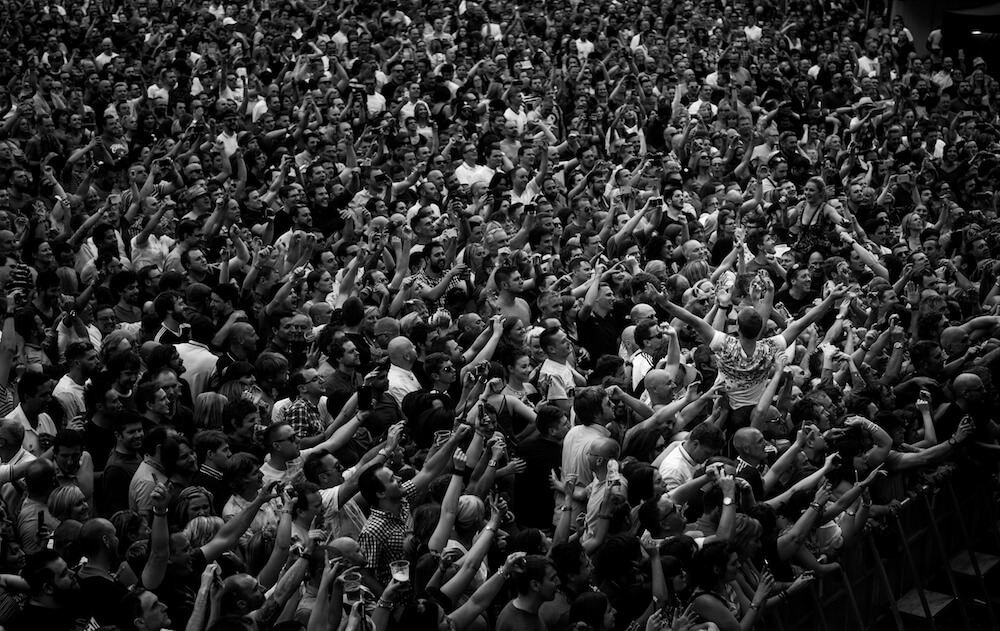 Any band who can release an album that knocks Oasis of the number one spot (Marchin’ Already/Be here now), sell well over a million records and still sound as fresh today as they did in 96′ when “Mosely Shoals” was first released deserve the rapturous applause they received in Leeds

“The Riverboat song” – opening track on the album and theme tune to one of TV’s most popular shows, TFI Friday, is arguably one of the greatest album openers of all time. That said, it wasn’t to be the opener of Friday or Saturday night! Instead fans were met with a Beatles cover – “Day Tripper”, which is in my top 5 Beatles tracks so I was pretty chuffed about that!

Swiftly moving on to ”Riverboat Boat” possibly one of Steve Cradock’s greatest guitar riffs (which was sounding spectacular on his Gold Top Les Paul by the way) and certainly took the fans volume up to 11. Then followed, as expected, “Day We Caught The Train” which will always fill the airwaves with sing-along fans. Some not knowing the words but giving it a good go anyway – Always fun to watch.

Before you knew it “The Circle” had finished and the first 4 opening tracks has sent the nostalgic crowd in to a spin before slowing things down a little with ”Lining Your Pockets”, “Fleeting Mind” and “40 Past Midnight”

Mosely Shoals was produced by Brendan Lynch and recorded at the band’s studio in Birmingham. April 2016 saw the album re-released on limited edition red vinyl as part of the Record Store Day celebrations and went in at No.5 on the vinyl album chart. In 1998 Q Magazine voted the album 33 in a poll of best albums of all time – It would be interesting to see where it came now – I’m pretty confident it would come in much higher.

OCS is a band I’ve been waiting to shoot for a good while. I had the pleasure of shooting Steve whilst he was on tour with Paul Weller during his “Saturns Pattern” world tour. Coincidentally the first gig I ever shot – gallery can be viewed here. 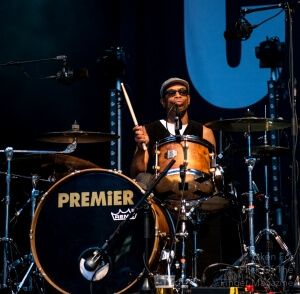 It’s easy to forget about drummers hidden away at the back. Oscar, having been on drum duties prior to OCS with “The Boys” and “The Fanatics” and one of the founding members of OCS was absolutely faultless all night. For a chap that stays pretty quiet in interviews; he more than makes up for it when sat in place with sticks in hand.

As the album played on, fans became closer with arms wrapped round each other and vocal chords being stretched. Occasional tracks saw Steve take to the piano “One For The Road” and “It’s My Shadow” particularly stood out.

No OCS gig would be complete without “Travellers Tune” and “100 Mile High City”. Obviously, featuring on “Marchin’ Already” however never the less, a perfect end to a perfect night. Almost a mini festival in itself saw the people of Leeds thoroughly enjoy themselves, reliving their youth on a warm summers night.

I was looking forward to catching up with the band beforehand, getting the low down on their Australia shows, how the tour was going and a bunch of fan questions, however, time was not on our side…

I’m sure that anyone who has been to these 20th Anniversary shows join me in saying that it’s great to see the boys still touring. Not just OCS but Shed Seven and the Bluetones also.

After speaking with fans a DVD and another acoustic album would be appreciated – something for the future maybe? Next year sees “Marchin Already” turn 20….. just saying 😉