Manchester is buzzing with anticipation…

Blossoms are playing their biggest headline gig in their hometown to date, after a succession of triumphs. They are definitely a cool band and very much on everyone’s lips. I’m stressing though,  as I try to park round the back of the Albert Hall, arriving as the support band The Vryll Society are due onstage. No way am I missing these lot. No way José. 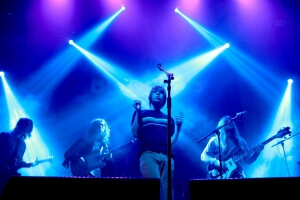 “F**k it” I say, leaving the car on double yellows. I’ve seen The Vryll Society once before, and I’ve not been so excited by a band since first seeing  Echo and the Bunnymen in 1982 and Interpol in 2002.

I get into the pit half way through the first song – “Beautiful Faces” and I’m gutted to have missed a bit. You can’t not move to this tune, with it’s soaring guitars, a driving beat and stabbing riffs that wound you. A perfect opener, it grabs the attention of everyone in the Albert Hall. It commands attention. 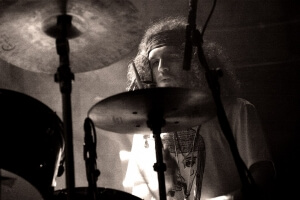 These lads, from Merseyside, have been rehearsing non-stop for well over a year, perfecting these complex songs, and it shows in their totally effortless delivery.  Frontman Michael Ellis sings beautifully, and somehow has an air of a young Ian Brown..he appears slightly fragile yet totally comfortable…lost in the music.  And the music is stunning. I cant pigeon hole them for you. You’ll have to find out for yourself if you haven’t already. 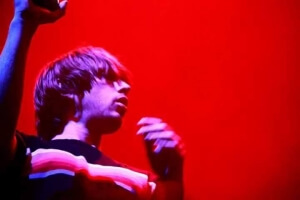 The Vryll Society take us on a wonderful melodic journey through their half hour set, until they finish with the utterly enchanting “Deep Blue Skies”. This was their first single, (on Deltasonic) and the first track I heard by them. Ethereal…dreamlike in its quality, this track transports you to another place in the way that the best Floyd or early Verve tracks could. As the (long) instrumental ending kicks in, plenty of wah wah pedal, funky bass and drums, you are compelled to groove. The perfect track to end with, as it builds, flourishes and wounds. 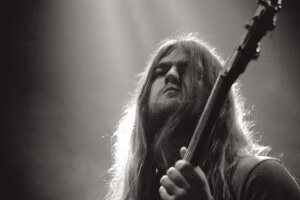 The Albert Hall is left in astonishment. I get the feeling support slots will be getting filled by other bands from now on. I leave to find I did get a parking ticket. I dont give a shit. Roll on the Night and Day gig 9th April.