Another year, another sun-soaked, all-day party decorated with some of the best live alternative acts around. Welcome to Slam Dunk Festival 2018!

For many, Slam Dunk represents the purest form of music based excitement; the anticipation of line up announcements, the experience of so many staple bands under one roof and even the surreal moments of having your favourite band members roaming the venue like its some kind of pop-punk awards show.

Of course, the 3-day traveling festival has never been a stranger to high expectations. Returning to Birmingham’s National Exhibition Centre for a third round of organised chaos, boasting over 50 bands and 8 genre-themed stages for fans to explore, dance and mosh their way through over the course of the day – Slam Dunk fever was back in full force.

Upon entering the site, the atmosphere was ecstatic; fans rushed to secure their spots at each stage while others took some time to familiarise themselves with the large layout of the sight. When the majority of fans had entered the site the calm before the storm had ended, shattered spectacularly by Loathe opening up the Impericon stage with a meld of downturned guitars and gritty vocals.

From that point on, the day became somewhat of a blur; running to and from stages in hopes of catching as many bands as possible proving to be equally exhausting and thrilling. Between Knuckle Puck’s incredible set opening the Jägermeister main stage, Jimmy Eat World completely crushing the Monster Energy Main stage and Me vs Hero’s triumphant return, there were far too many incredible moments to reminisce over without writing several essays on the topic – so here’s some of my personal favourites.

Completely stealing the show, frontman Max Bemis and his bandmates of Say Anything performed what might be one of my favourite festival sets in recent years. The instrumentals sounded huge, the crowd more than engaged and of course, Bemis’ ecstatic stage presence tied the show together perfectly. The set list featured a respectable range of tracks, primarily favouring the band’s debut album ‘Is a Real Boy’, yet the real achievement came from the passion found within each member, audience and band alike. The highlight being the spectacular ending of the first song ‘Belt’ – making one hell of a first impression. 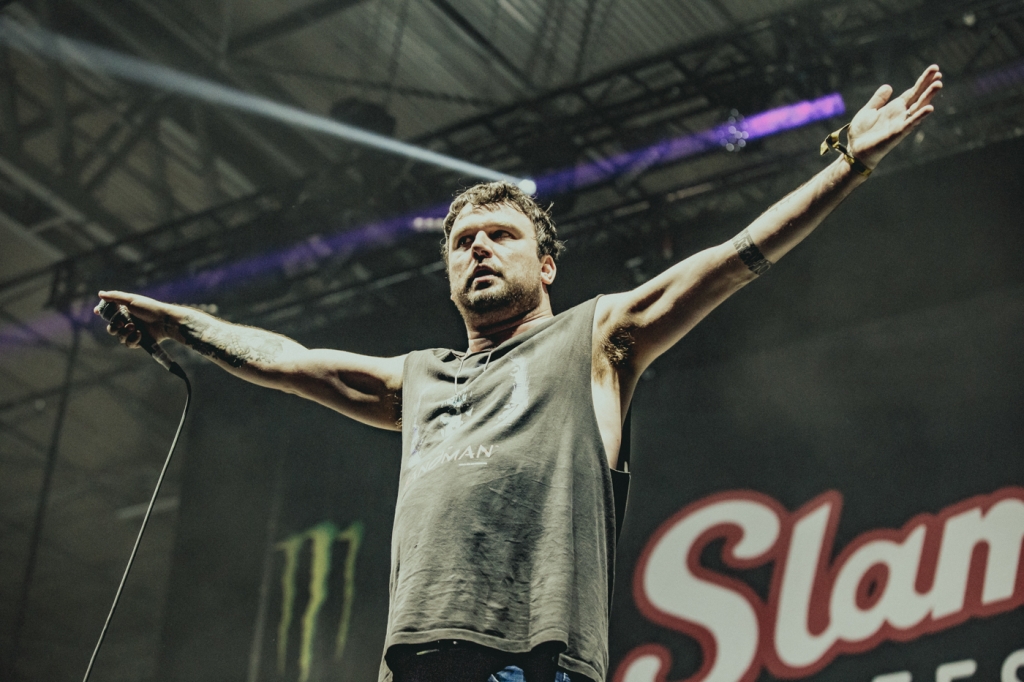 Over the past few years, Luke Rainsford has remained one of the most talented, diverse and hardworking artists in the music scene, bar none. To finally see him up singing his heart out on stage at a major festival is a testament not only to his unwavering determination, but to the incredibly personal connections his songs are able to establish. Luke’s tunes are raw and his performances intimate, carefully peeling back the skin of sensitive topics and dressing them in clever lyrics, subtle storytelling and melodies that will stick long after the performance is done. With 2 albums and a new EP just released, there’s no better time than now to add Luke Rainsford’s heart filled, acoustic tracks into your library – they will not disappoint. 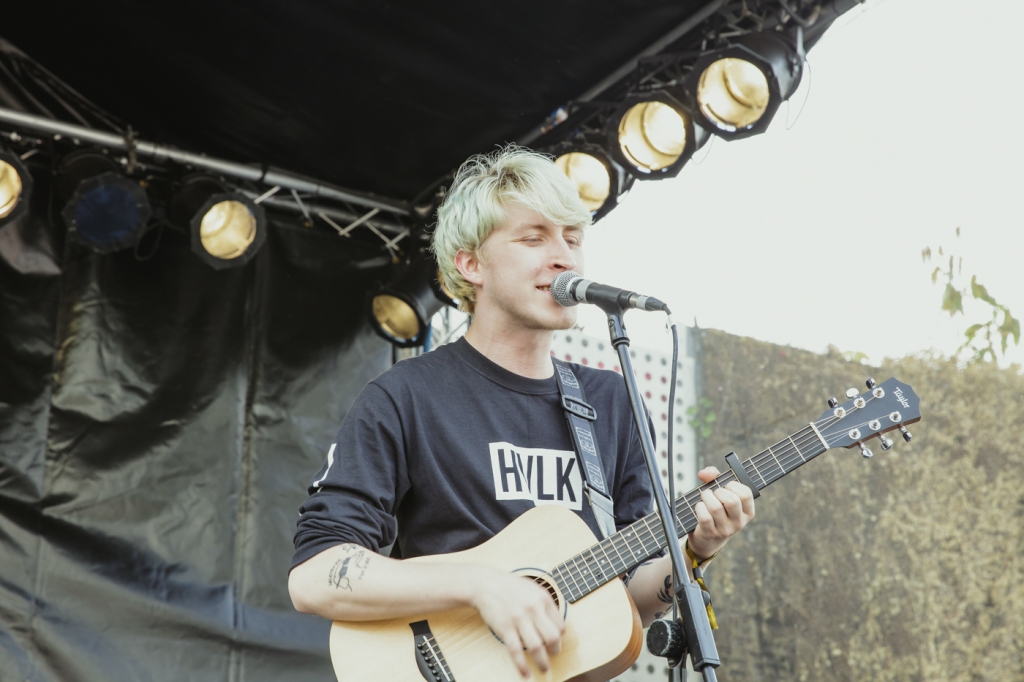 While I unfortunately only managed to catch a small segment of Frank’s set, it would be a disservice to go without mentioning the mans unrivalled stage antics. Entering with a larger than life leopard print coat and proceeding to go absolutely crazy on such a large stage was a sight to behold, if only briefly. Not letting barriers restrict him, Frank also spent more time in with the audience than on the stage, climbing over front row fans and security alike to ensure an unforgettable performance. 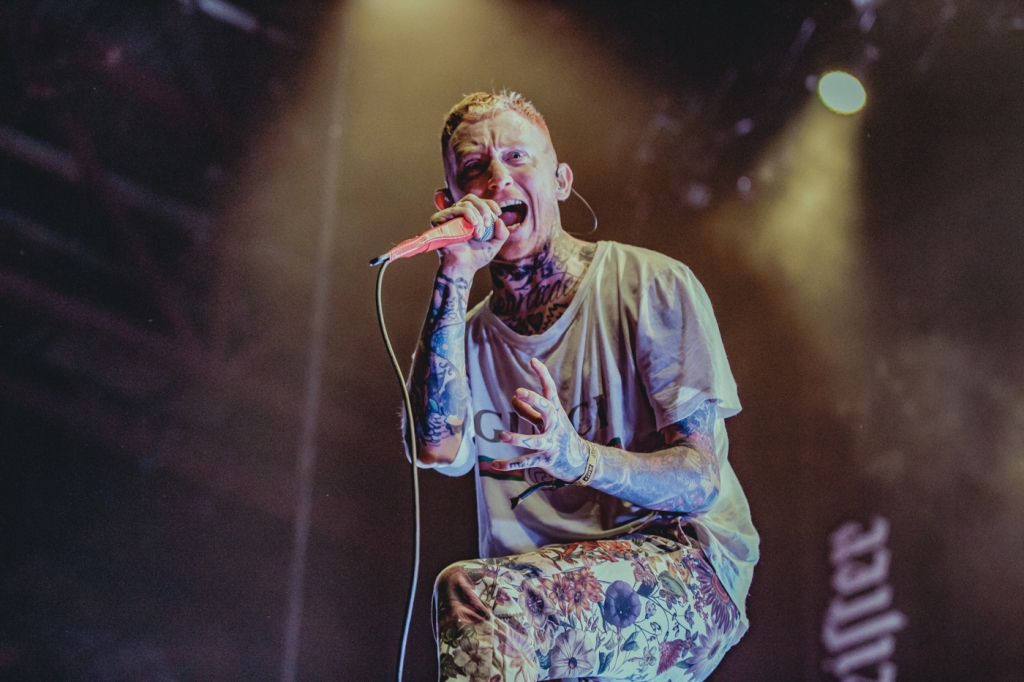 As It Is – Signature Brew Stage:

While As It Is have always been fairly hit or miss for me personally, it’s hard to deny the amount of effort the band put into their concepts and performances. Frontman Patty Walters genuinely seemed to be having the time of his life up on stage, bouncing around with a massive smile on his face. The new image of jet black hair and eyeliner is certainly an eye catcher, yet in an environment now flooded with similar Pop-Punk bands its hard to shame the band for trying to separate themselves from the rest. As It Is certainly have big ambitions and if they continue the way they did at the Signature Brew Stage they may just pull them off. 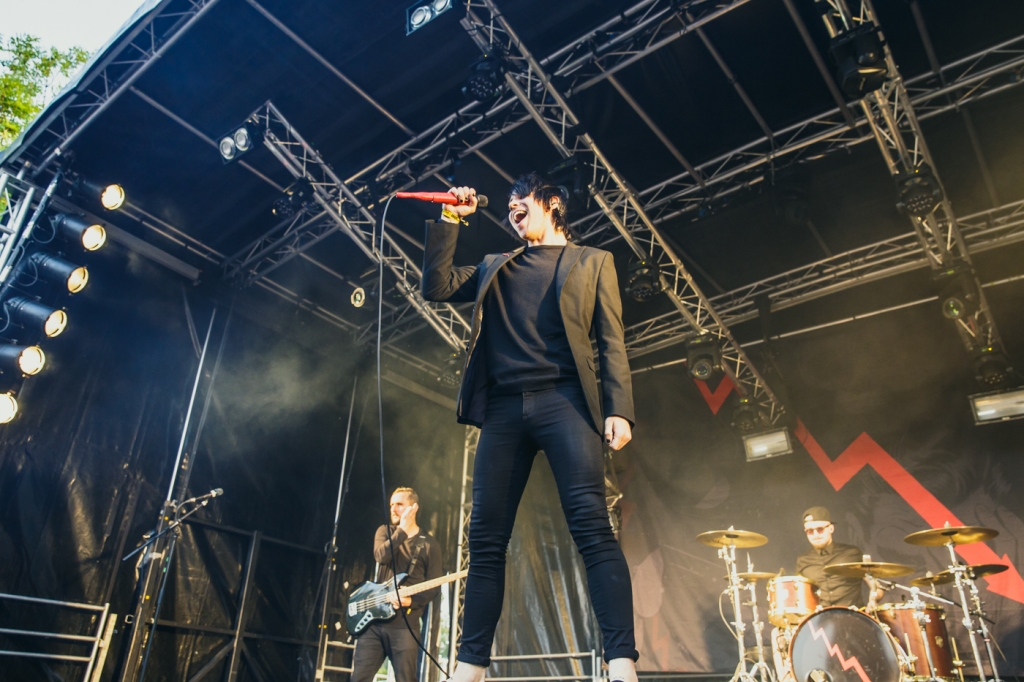 As It Is | © Sarah Maiden | Shot For FOTF Magazine

All in all, Slam Dunk Festival is and will always be a name that brings fond memories to fans and bands alike. From heavy hitters Good Charlotte and Jimmy Eat World to smaller acts such as Stand Atlantic and Asteroid Boys, the only regrets shared throughout the day were the painful, yet inevitable clashes and tough decisions; all of which is utterly overshadowed by the immeasurable atmosphere of fun, passion and energy. As bands come and go, Slam Dunk always manages to secure a varied line-up, producing something for every audience member, each of which having their own highlights and special moments. As always we’re now left waiting for next iteration of the festival and wishing that we could relive the festival over and over again.