The Mondays Come Back To Manchester On Greatest Hits Tour

Shaun, Bez, Rowetta and Co. Filled The Stage On An Epic Night Of Music. 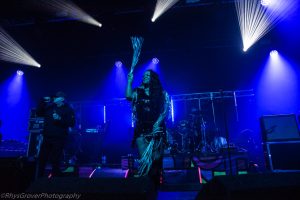 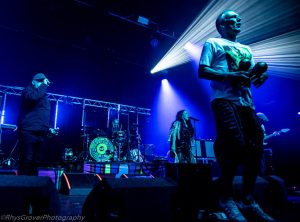 It was a long wait from when it was announced to the actual show, but it couldn’t come soon enough for the fans who packed into Manchester Academy to see one of the best bands from the Madchester music scene. It’s great to see them still able to do what they have been doing since the 90’s, and do it so well.

They picked their set-list well, with a great mix of tunes, and their most popular ones scattered through to keep the crowd begging for more. With ‘Kinky Afro’ being the second song in their extensive set, the crowd knew pretty much straightaway that the night was going to be truly incredible, and the Happy Mondays played this to their advantage, they took the energy that the crowd were giving out, and put it into their tracks. 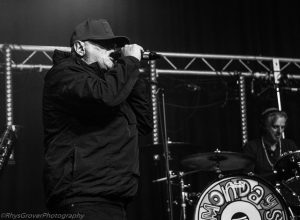 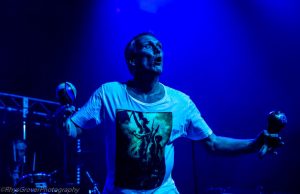 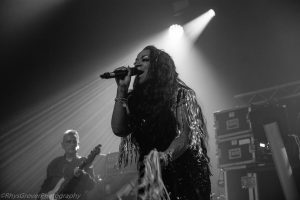 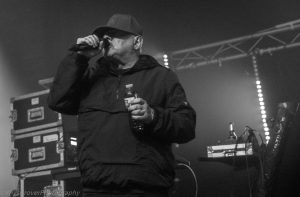 Not only did they perform well, but they sounded great too. It’s always difficult for bands to replicate the sounds which made them who they are, but the Happy Mondays are one of the few bands that can still sound like they did originally. However, for some, sound isn’t everything with this band. Its the dancing. Between Rowetta and Bez, there’s always someone prancing about on stage, Bez never without his maracas, and Rowetta spinning her tassels around in a wild frenzy.

The thing is about Rowetta, she can dance, she looks good on stage, but most importantly, she has some of the best lungs in the business. Her voice is truly incredible, and getting to listen to her sing puts a whole new spin on the night. It’s a perfect compliment to an already incredible band.