One Hell Of A Night For Reverend + The Makers

They really are one of the best live bands around, and watching them perform their ‘Best Of ‘ album was astonishing

Warming up the crowd on a pretty cold night was Lona and The Dearly Beloved. Both two bands I had never previously heard of, but two bands i’ll be hearing again. Lona had a great sound, with an incredible stage presence, and The Dearly Beloved have a connection with the crowd that few other bands could have, partly down to this being Matt Bowman’s other project away from Pigeon Detectives. 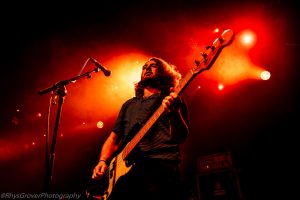 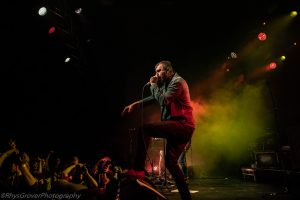 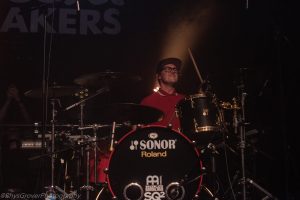 And then, the moment everyone had been eagerly anticipating came around. Reverend + The Makers took to the stage amid a mist of heavy blue light and smoke, and the fans went absolutely wild for the Sheffield quintet. The set was kicked off with a lively ‘The State Of Things’. The title track from their 2007 debut album, and it’s aged perfectly, the venue was ablaze with noise. After addressing the crowd, and introducing the band, Jon McClure and the rest of the band plowed through their extensive setlist, and after 7 incredible tracks, the band took a break, and Jon took to the stage alone, with his book of poems in hand, and began to recite a poem he had written with Dr John Cooper Clarke. The perfect place for this, with Salford only being a few minutes drive away.

After Jon’s incredible, yet short, spoken word, the band took their places once more, and the show continued into the night, first kicking off with ‘Hard Time For Dreamers’, before mellowing out into ‘Auld Reekie Blues’. The band had a bit of a switch around at this point, as guitarist Ed Cosens put the guitar down, and sat at the piano which had been lingering on the stage up until this point, and he belted out ‘Auld Reekie Blues’ beautifully. It makes you wonder why the man doesn’t have a lead vocal role more often. 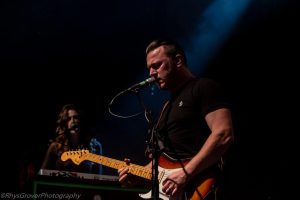 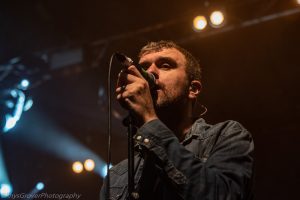 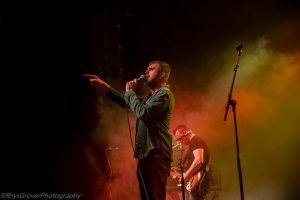 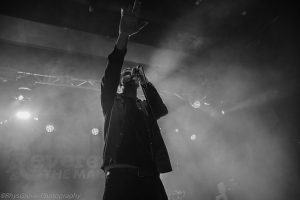 Fans began to realise something, the best was yet to come. The remainder of the setlist was a constant delivery of complete and utter tunes. Just a handful of songs remained before the encore, but what a handful it was, ‘Shine The Light’ kicked it off, and ‘Black Widow’, ‘Making Babies’ and the phenomenal ‘Heavyweight Champion Of The World’ all followed on. It was a wonder that the crowd had anything left to give by the time ‘Heavyweight…’ came around, but every single person found a little bit more energy, and watching a few thousand people belt out the same song, in such an energetic fashion is something you will only see done so well at a gig like this.

It’s incredible to see a band play so well, for so long, with so much energy, especially considering this is now their 12th great year of doing exactly that, yet they are still as fresh as they started. Good music ages well, and this bands catalogue has aged perfectly.