The Darkness returned to Manchester Academy for the 6th time, and what a gig it was.

From Greatest Hits, New Material, and Oasis, The Darkness delivered Everything and More.

After strong support from Rews, a northern-Irish woman fronted masterpiece, The Darkness took to the stage, and filled the venue with smoke, lights and a hell of a lot of energy. But it was no ordinary set. They broke the night into two halves, the first half being 10 tracks from their latest album, ‘Easter Is Cancelled’, before they have a 10 minute regain of energy and plough into 10 of their greatest hits. 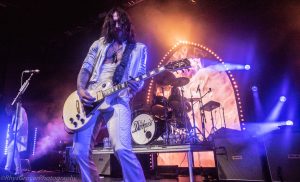 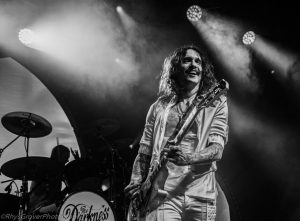 Before the gig, I thought that ‘Easter Is Cancelled’ was a strong album, however I know think it’s one of the best albums released in 2019. The energy that they put into those songs, and the stage presence that they can portray through the new material is pretty astonishing. Not only do the band play the music well, they have written it excellently. It’s a step in a new direction, with a hint of their signature sound, and it works brilliantly. 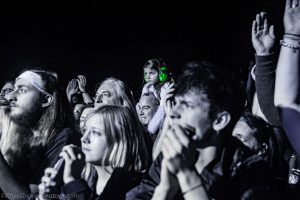 After the 10 new album tracks, the band recouped their energy and came back to an almighty roar and broke into their top 10 greatest hits, with the likes of ‘Solid Gold’, ‘I Believe in a Thing Called Love’ and even an incredible cover of Oasis’ ‘Supersonic’. Also featuring was a cover of Radiohead’s ‘Street Spirit (Fade Out)’. 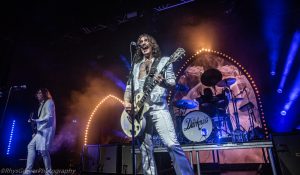 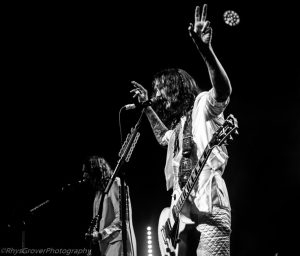 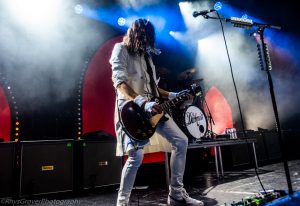 Overall, it was a truly brilliant night, and there was only thing that could make a night in December, with The Darkness, any better. ‘Christmas Time (Don’t Let the Bells End)’. For me, it’s not Christmas without this song, and last night wouldn’t have been the same had they not done a wonderful encore to include the track in their set.

This band have been around a while now, and still, they show no signs of slowing down or stopping.