A strong mix of the old and new, as Two Door Cinema Club gave it their all in an extremely hot Victoria Warehouse.

After two strong sets from Fuzzy Sun and Sports Team, Two Door Cinema Club took to the stage with an array of stunning visuals, and an extremely strong set-list up their sleeves. The set opened with ‘Talk’, a great track from their latest album, ‘False Alarm’ and a great opener to get the crowd going. The band then steamed into ‘Undercover Martyn’, probably one of the bands best known tracks.

Having such a well known track early in the set-list was a surprise for me, but it pushed the crowd to their limits, and from that moment on, the crowd gave it their everything, despite the incredible heat within the venue. ‘Undercover Martyn’ is not only one of Two Door Cinema Club’s biggest tracks, it’s easily one of the biggest indie tracks going. From the punchy bass, to the jangly guitar riff which can be sung along to, the song has everything to get a crowd riled up for what lay ahead. 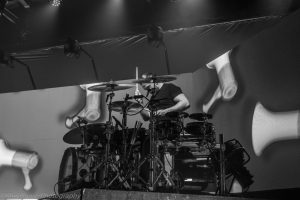 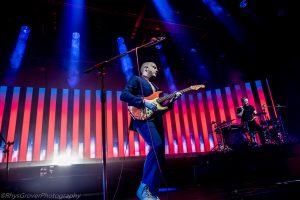 The band then delivered one of the first songs I heard from this band, ‘I Can Talk’. An instantly recognisable indie anthem, and one of the best songs to ever feature in the FIFA soundtrack. Selecting your team on FIFA 11 was made better by this song. It was nice to hear, and having the ability to shoot the band whilst they blasted this song out was somewhat of a privilege. 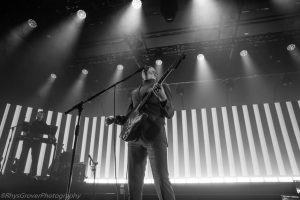 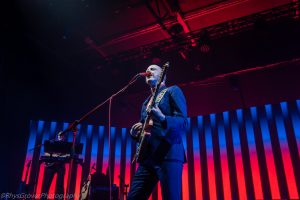 As the set continued, there was a healthy mix of tracks from the start of their career all the way up to their latest album, which came out earlier this year. Things were really kicked into gear however, when the opening chords of  ‘What You Know’ where blasted from the amps. The crowd were really bouncing for this one, every word was sung at full volume, and I don’t think there was a single person who didn’t sing that incredible chorus which makes this song so good. 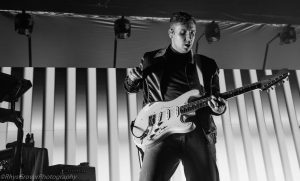 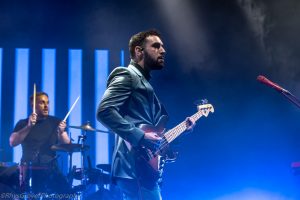 One thing I have noticed about this band, is how much they put into their live shows. The visuals which were ran behind the band were more something you would see in an arena show, not a small warehouse in the shadow of Old Trafford. Each song had something different, and I often found myself watching the visuals as opposed to the band themselves. they were just that eye catching, and interesting.