The Struts put the Glam into Rock.

The Struts kick of their Young and Dangerous Glam rock tour

The Struts Return to Manchester Academy, upgrading from Academy 2 to Academy 1. 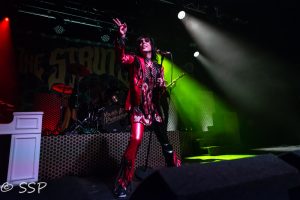 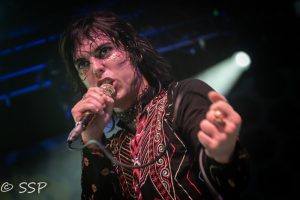 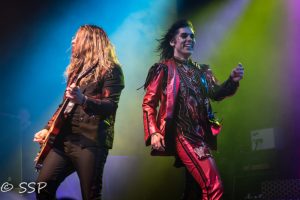 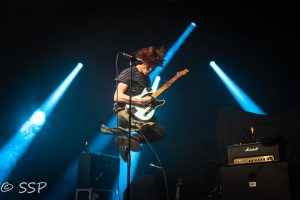 As it has only been a matter of months since they last played in this wonderful, musical city, and it was only fitting that the UK tour began here. The band have not sat back on their haunches, whilst they have been away, they have been on what seems like a never-ending tour.

We were treated to two support acts tonight, first up was The Rather splendid Kyle Faulkner, some of you will possibly remember him from his days as the front man with The View. Although he has been off radar for a while, he has lost none of that stage presence, now establishing himself as a solo artist, and promoting his debut album “No thank you”, I am sure we will see him return to the live circuit in the not too distant Future.

Next up is a band that have been on a steady rise, hailing from London was King Nun, there’s a deep dark edge to the band, a mix up of earthy grunge guitar and electric blues, how do you Pigeon hole King Nun? Easy. You don’t!

What King Nun do best, is not conform. For sure they emit an abundance of eclectic energy ready to hit you in the chest, a real surge of adrenaline that is more than capable of kick starting you from flat-lining, a real power and passion that grabs your attention, a combination of Pixies unrivalled eccentricity, blended with a murky underground version of Jack White’s melodic ear-worms is as close as you will get. “Tulip” and “Speaker Face” are definite Screamers as well as “Sponge and the fabulous “Hung around”, Check out their debut album “Mass”. 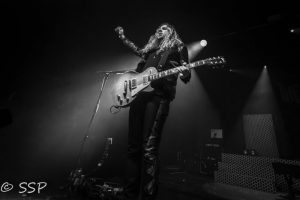 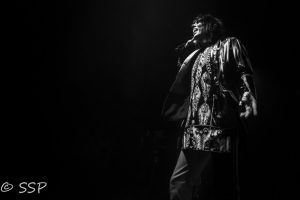 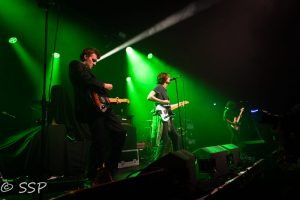 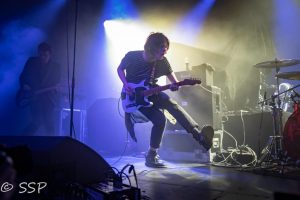 As Sweet’s “Blockbuster”, blasts out across the very full Manchester Academy, the band take to the stage, closely followed by Frontman Luke Spiller immediately launching into “Prima Donna like me”, first song in and the band and the crowd have cut loose, what you get with the band is hi energy, how these guys do this every night is amazing, the mantra has to be we can sleep on the bus. “Body talks” follows in the same vein, for the Band it’s all about audience interaction, certainly as is always the case they are up for it.

It’s no secret that the band are heavily influenced by Glam Rock, Spiller has the poise and vocal awareness of Freddie Mercury, along with the presence and enigma of David Bowie, the band is not all about Spiller, as I think he would be the first to state, there is a great band around him, “Dirty sexy money” along with “Tatler magazine” keep up the relentless tempo, Addo Slack, as a guitarist is a master, T Rex, Slade The Rolling stones, are the main stay of his craft, delivered with a modern and powerful confidence you would want in a musician.

A cover version of Martha Reeves “Dancing in the Streets” gets the bands upgrade with a frenzied crowd participation. On percussion is Gethin Davies, the heartbeat to the band, Like the Rolling Stones and The Foo Fighters, the man at the back is the man who controls it all. Finishing off with “Where did she go”. The band hand the crowd in the palm of their hands.
The first of a three-song encore sees Spiller take to the piano for “somebody new”, a real drop of pace and a rare moment to catch some well-earned air. Jed Elliot is the pulse of the band the essential last piece of an intricate structure, each member has a vital ingredient and each keeps the other in check, as we go into the final throws of the night, Ashes” from the latest album “Young and dangerous” is the penultimate song, finally making way “Could have been me”, as the band retrieve from the stage and the crowd disappear into the Manchester nightlife, for a well-earned rest and a few well deserved refreshments.

There is a simple and open honesty in the band’s formula, behind the glitz and glamour is a group of musicians that quite simply love to perform, that they do with ease, judging by the growing crowds they are a fans band, loyal supporters, who cannot get enough. Come and see them, before you’re paying arena prices.