Your Last Chance To Dance On The Legendary Sunset Terrace

Space Ibiza returns in his last season to its origins and invite clubbers to dance again in the Sunset Terrace during the day.

Since last June, the most awarded Club in the World  opens its doors religiously, every Sunday from 7 pm, returning to old ways… like raising your arms while planes flying over the Sunset Terrace. 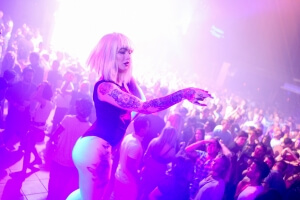 With a potent line-up and faithful to House music, Sundays at Space has become a must for the clubbers who comes from all around the world, and residents of the island.

The line-up of Sunday’s is undoubtedly one of the strongest in the history of Space, including DJs from around the world and performances like Annie Mac, Dennis Ferrer, Green Velvet, Heidi, Josh Wink, Kevin Saunderson, Maribou State ( Dj set), Matador and many more. 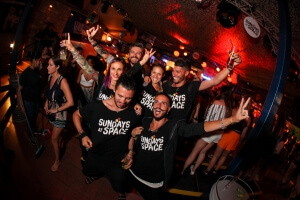 Do Not Sleep is for 12 weeks as a resident at the famous terrace and 4 more in the club, with DJs from the likes of Daryus Syrossian, Nick Curly or Alan Fitzpatrick.

This 2016 Space Ibiza invites everyone that has ever shared an experience at Space to join them once again for one final celebration this summer. Here is your final chance to make history and participate in a place that has already achieved legendary status for generations o clubbers.

Space Ibiza is a showroom that represents the best of the clubbing scene not only because of its awards but because of the support of artists and members of the industry. To organize an event at Space Ibiza is synonymous of success and an award desired by artists and promoters.

Just a few clubs can be proud to have been awarded as many times in its trajectory as Space Ibiza. The club from Playa d’en Bossa is by its own merits and according to an exceptional collection of awards a worldwide clubbing reference.

Buy your tickets for Sundays at Space