BLINK-182, the punk pop favourites of a generation, are back with their highly anticipated seventh studio album, CALIFORNIA, set for release on 1 July 2016 on BMG. 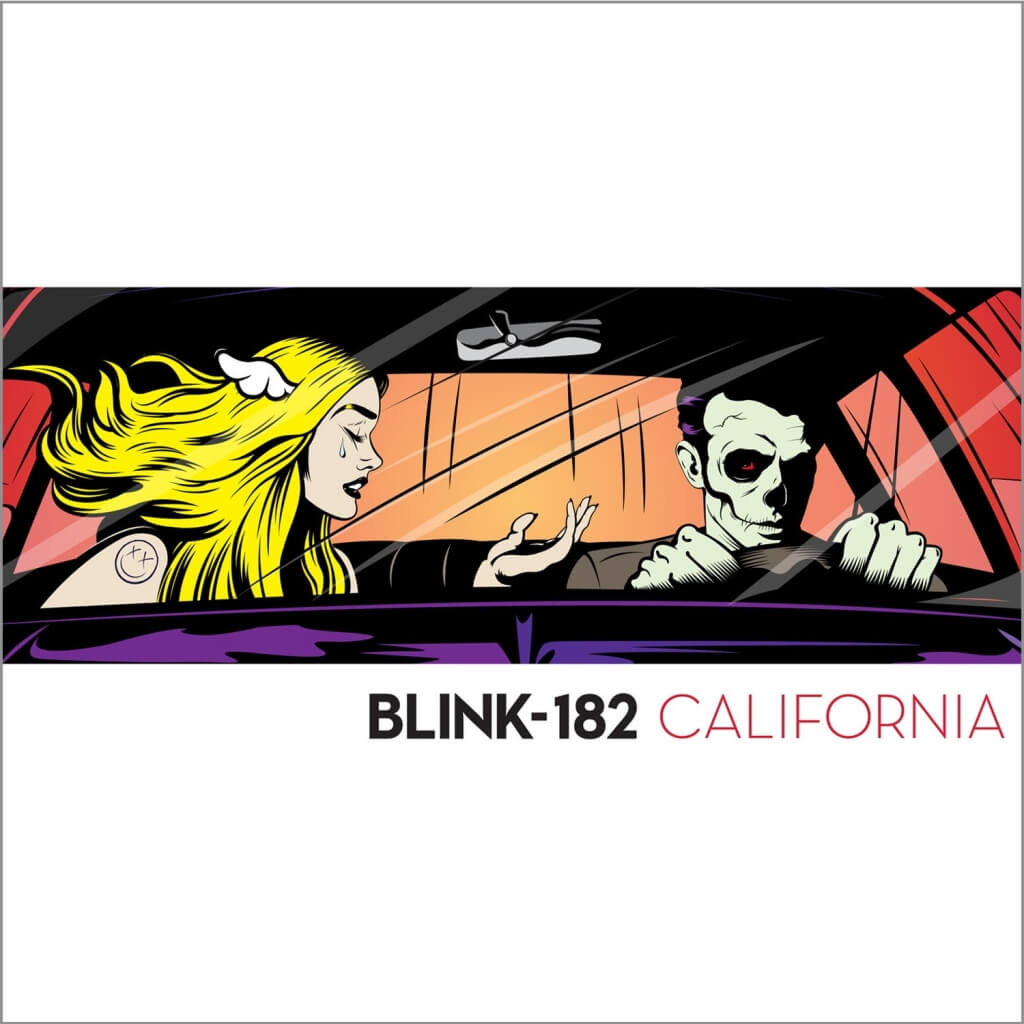 The band have premiered their brand new single, BORED TO DEATH, and revealed details of their massive North American summer tour.

The tour kicks off in July in San Diego and runs through until early October, taking the band to almost 50 cities throughout the US and Canada including stops in Los Angeles, Toronto, Vancouver, Las Vegas, Houston, Atlanta, Dallas, Chicago and San Francisco. A DAY TO REMEMBER will join the tour as special guests on all dates while AALL AMERICAN REJECTS and ALL TIME LOW will join on select dates.

The single, BORED TO DEATH, is the first new music from BLINK-182 since the release of the DOGS EATING DOGS EP in 2012. It’s also the first time fans will hear music that was written with Matt Skiba.

Since their humble beginnings 24 years ago, when they started playing in a San Diego garage, BLINK-182 have sold over fifty million albums worldwide and played to audiences from Adelaide to Zurich, having become one of the defining rock bands of their generation.

They combine high-energy dynamics with an artistic ambition that transcends any genre. Now with MATT SKIBA [of ALKALINE TRIO] joining the band as singer / guitarist, the group starts a new chapter.

Skiba debuted with BLINK-182 in March 2015 with a live performance at the MusInk Tattoo and Music Festival. “It was the best they’ve sounded in over a decade,” the OC Weekly raved about the band’s set.

According to the esteemed New York Times, “No punk band of the 1990s has been more influential than Blink-182”.

The members of BLINK-182 still have other projects: Mark Hoppus produces, scores films and also has Hi My Name Is Mark – both a podcast and curated lifestyle clothing line / website; Travis Barker is a member of the Transplants, proprietor of the Famous Stars and Straps clothing company, and the author of the bestselling autobiography Can I Say: Living Large, Cheating Death, and Drums Drums Drums; and Matt Skiba remains the lead singer of Alkaline Trio. But when the three members of BLINK 182 come together, they leave aside their other interests and collaborate fully.

“I’ve never joined a band before – I’ve started every band I’ve ever been in,” Skiba says. “It’s a crazy dream-come-true feeling, but it feels organic. I spend a lot of time pinching myself.”

“We had a great chemistry with Matt right away,” Barker says. “We’ve been friends with Matt for the past 17 years, so it was a real natural fit for him to come on board.”

Their new album is due on 1 July 2016, but already BLINK-182 are boldly facing the future. Hoppus sums up their partnership: “I love our band – I’ve loved every single step along the way. I’m glad that we’ve continued to write music that we love and that connects to people 20 years later, and that we still feel like we did when we were playing garages back in San Diego in 1994”.