God Save the Punk…

The Punk subculture includes an array of expression, through ideologies, music, fashion and visual art.

Punk was adapted in the 1970’s in the United Kingdom, United States and Australia. Who got there first is still not decided upon.

This whole movement was built around the idea of sticking a finger up to society’s idea of ‘normality’ and showing everyone how to not give a flying fuck. It was also about creating an explicitly outward identity 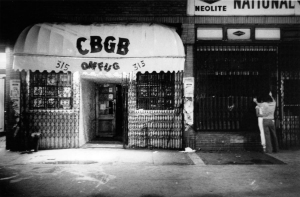 for yourself. Essentially it was a backlash from the late 60’s ‘Summer of Love’ ethos; scrapping the flares, drapes, peace and love and replacing them with leather jackets, ripped t-shirts, tight jeans, safety pins, spikes and sweaty anger.

New York City naturally played a part in the establishment of ‘Punk’. A sweaty, malodorous club in Lower Manhattan names CBGB’s became the place to be regarding all things punk, and to this day is considered by many as the ‘undisputed birthplace of punk’. 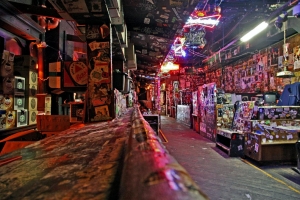 The Velvet Underground had also emerged in the mid-late 60’s, their experimental and harsh sound containing Andy Warhol influence is also rumoured to have heavily inspired and driven 70’s bands such as the New York Dolls, The Stooges, and the Ramones. However, early NYC punk bands were extremely short-lived, more than likely due to the normality of the constant use of recreational drugs, promiscuous sex and violence.

And of course, we have the Sex Pistols. These guys highly dominated the Punk music scene, unfortunately this was mainly due to their persona rather than their actual talent when it came to the music. Many would say they were a manufactured band, that couldn’t actually sing, play live, or even play their instruments however they relied entirely on the shock value of their band which apparently did the job nicely. Sorry to any hard-core Sex Pistols fans out there!

Vivienne Westwood was an extremely associated designer with this movement. She first appeared on the scene when she began to make clothes for ‘SEX’ boutique; ran my Malcolm McLaren and later, Viv herself. This store was located at 430 King’s Rd. London between 1974 and 1976. It specialised in clothing that defined the punk movement, and big names in punk were often seen shopping, browsing and even working at the store. This was what rocketed Vivienne Westwood’s career as a designer, throwing her into the world of being different and individuality that she’s is to this day, so well known for.

Punk today is nowhere near as popular as it once was, however it’s not dead. It’s rare you see someone full-blown ‘Punk’ around, however punk has influenced today’s fashion more than you can imagine. 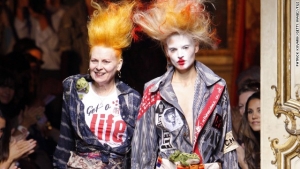 High-street stores are stocking ripped denim to this day, tight clothing is definitely popular and Doc Martens are definitely still stomping up and down the streets. This subculture may not be all the rage anymore, but it’s still there subtly and still influencing fashion, music, and ideologies today.

Shouts out to those that are still rocking the safety pins and ripped denim!