Starsailor Make A Triumphant Return With Their Fifth Studio Album – 5*

After only a single listen it’s evident that All This Life is vastly superior than its predecessor, 2009’s All The Plans, which does contain some brilliant songs, but overall was a conflicted, sombre and at times lazy album.

The band have clearly had a booster injection or two since then, and the result is a collection of eleven songs that have a welcome mixture of styles. 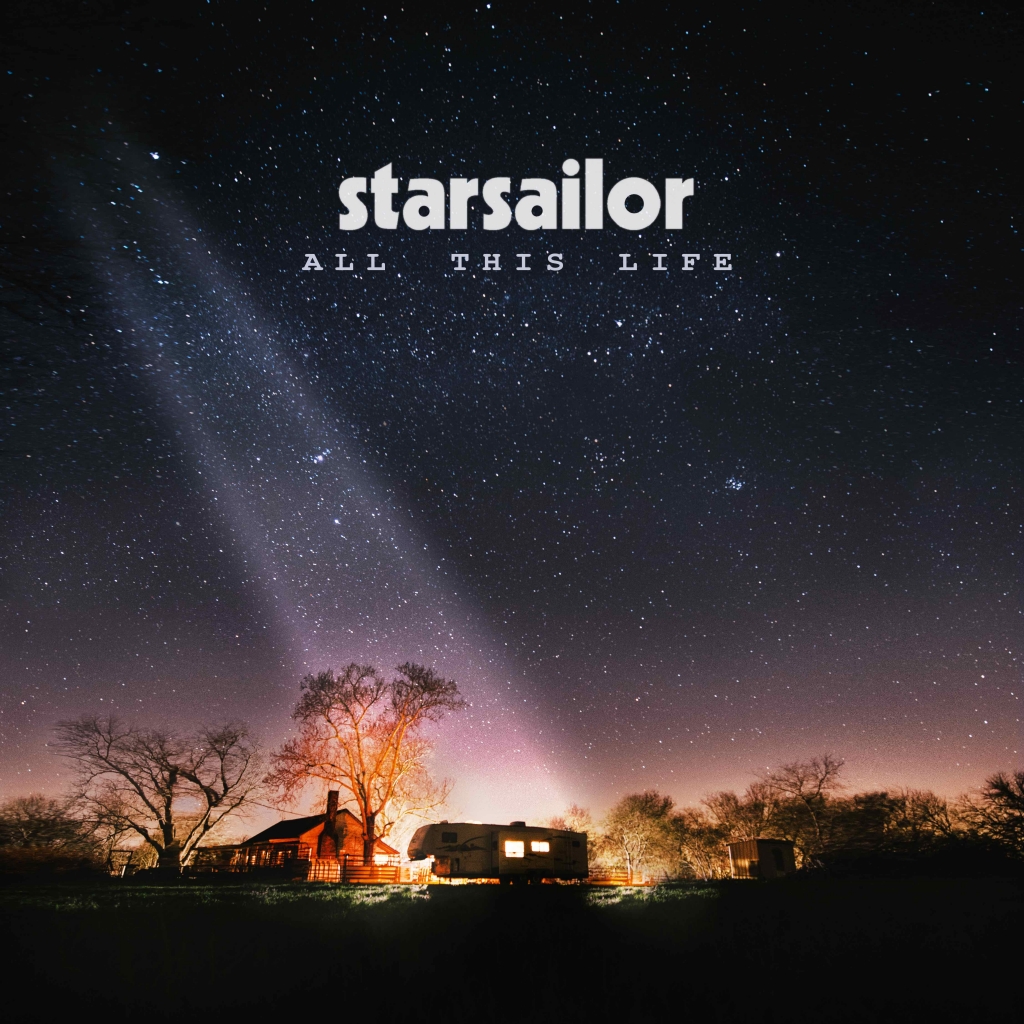 The album opens with ‘Listen To Your Heart’, which I championed on release back in June, citing it as the sound of a band re-energised. I stand by that review as the song boasts strong commercial appeal, and in context with the rest of the album, it proves that the desire still lay within as it pounds through your speakers. ‘All This Life’ is actually the lead single despite being released online after ‘Listen To Your Heart’, but whatever, who even fully understands music releases in these digital times? That’s a discussion for another time perhaps, as I don’t want to vent here. It’s a dramatic and solid enough indie-pop offering, following on smoothly from the opening track. Oh, and it contains a cheeky harmonica, too.

Up next is a funky pop number called ‘Take A Little Time’, which has a feel-good, foot-tapping quality about it. Say a more popular group released this song – let’s pick out Coldplay for example – then it would inevitably be championed by the masses and heard over radio stations non-stop, and on that matter, how do radio stations even pick their playlists to support new music? Again, that’s a discussion for another time perhaps. The band did indeed take a little time to release this new music – eight years to be precise – but it’s good to have them back when they can produce a song of this stature. ‘Caught In The Middle’ is a very different sound for the band, yet it becomes distinctive enough that if you were only to hear the opening then you would immediately identify that it was Starsailor. It’s something of a strange anomaly, but gets better with every listen.

The first half of ‘Sunday Best’ is stripped down to singer James Walsh, a mellow acoustic guitar and the subtle keyboards of Barry Westhead, before female backing vocals and lush strings layer the song, before the full band enter the fray. It has an air about it that reminds me of the best material from their first album, which is as big a compliment I can bestow on this song, as their début, Love Is Here, is their magnum opus. At 5:24 in length it’s far too long for a single choice, and editing it down would strip it of its organic beauty, but I feel that the album is best summarised by this one melancholic and emotional track. Hearing this performed live would be a tremendous treat.

Any song following on from ‘Sunday Best’ was always going to be in its shadow, and that’s where ‘Blood’ finds itself. However, it’s a dramatic medium-paced slice of Starsailor’s signature sound, managing to take on a life of its own. ‘Best Of Me’ is rather catchy, going for that huge uplifting anthemic sound, as Walsh insists that we “say oooh!”, which should sound fantastic at gigs if the crowds can get behind it. ‘Break The Cycle’ is a mellow number and something of a filler track on the album. It’s not bad by means, but a lyric of “running out of words to write” unfortunately stands out like a sore thumb. It starts out with an atmospheric slow burn before becoming a pleasing, but somewhat forgettable standard album track.
‘Fallout’ will get stuck in your head after only one listen, or, if you’re like me, you’ll be walking around randomly emulating the drum beat while chanting “fallout!” as the single word becomes your mantra, almost as if you’ve got a screw loose. ‘FIA’ is the longest song at 6:04. For anyone who says the band never step out of their comfort zone, this dreamy song is proof that they can still deliver the goods when experimenting. It’s definitely the most unusual track on the album, but Walsh manages to hit all the high notes, which are there in abundance as the track floats along, but for a frontman who possesses a vocal quality of the highest calibre this shouldn’t be surprising. To my knowledge, it’s also the first time that Starsailor have used a swear word in a song.

Walsh and his acoustic guitar close the album with ‘No One Else’. Clocking in at just over two minutes, it seems like a wasted opportunity to end the album on this note, but it’s a solid enough track despite its short length.
Nobody should go for a new Starsailor album expecting re-runs of ‘Alcoholic’ or ‘Poor Misguided Fool’. The group are over fifteen years older from those early days, essentially the same, but are now a band who are not trying to make music to fit into any kind of movement. Ultimately, every single song sounds like Starsailor performing Starsailor-like songs, but then what did you expect?

This album is Starsailor enjoying themselves in the studio once again, not trying to reinvent the wheel, yet at the same time, it does occasionally feel like the band are stretching somewhat to generate a freshness in their sound. If you ask me, they’ve once again come up with the goods in abundance. They won’t ever reach the dizzy heights they once did with their first two albums – both charting at No.2 in the UK album chart – but hopefully the quality of the music will seep out into the wider world and be lapped up by the mainstream masses.

It’s clear that they recorded this album with much gusto, as it lifts you up and whisks you to some faraway, carefree and feel-good world for forty-five minutes. If the real world was like the music on offer here then it would be a joyous place to be, but alas it isn’t, so All This Life will have to suffice. I can just about live with that.