Defecto is one of those bands that can do it all. They have the talent – like, in extreme amounts of talent – they have the vocals, the whole package. With “Nemesis”, the Copenhagen quartet has surpassed even their 2016 release “Excluded”, with a range so wide that it’s hard to comprehend.

With Nemesis’ first track “Final Night Of Silence”, Defecto pulls a daring move – a dark synth instrumental intro track, which is only possible because they are who they are, which is because of hard work for the past 7-8 years. With support slots for Metallica and Rammstein and slots at the COPENHELL festival, Defecto deserves to be where they’re at. The instrumental intro flows seamlessly into the title track, which is more classic prog-metal. Synths and plenty of reverbs seeps out everywhere, combined with the sublime worldclass vocals and guitars from Nicklas Sonne, and the super tight arrangements from guitarist Frederik Møller, bassist Thomas Bartholin and drummer Lars Jensen. They just play so damn well together!

Now, I used the word “masterpiece”: The album really starts out as a prog-record, with a little too much synth for my taste, but as we progress through the cuts, it becomes obvious that this second album is truly a masterpiece, and Defecto can definitely afford to broaden their range, as they certainly do on “Nemesis”. The genres slowly shifts from the synth-filled early-90’s Racer X sound, to stuff that can be mostly described as modern hardrock and metal. Tracks like “Savage” and “Gravity” brings another Danish act to mind, Black Oak County, although obviously much heavier, with their rock’n’roll vibes instead of pure metal. 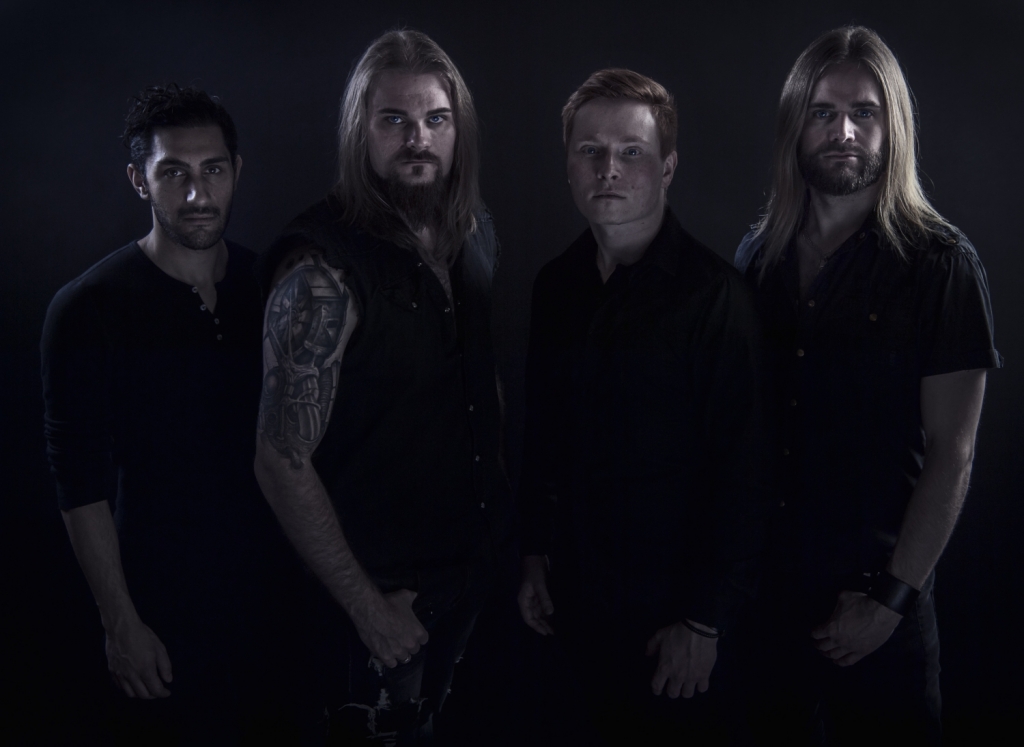 This is a very technical album. The riffs are as heavy as they come, and even though the synths are always there, they become progressively less prominent. A track like “The Nameless Apparition” can make anyone headbang. It’s so raunchy and the arrangements are so perfectly timed. “The Sacrificed” changes gear into concentrating on Sonne’s epic vocal range, as a piano-driven demonstration of what this guy can do (not that anyone was ever in doubt, as proven in his “Let It Go” cover a while back).

Sonne’s vocals can sure cover everything, and he does it with such ease and surplus, while wrenching out one complicated riff after another. “Ablaze” and “Before The Veil” and “Gravity” are my personal favourites.

For fans of Metallica, Iron Maiden, Race X, late-Judas Priest (think “Painkiller” here), this album is a treat. But “Nemesis” really appeals to anyone with a slight interest in hard music.

Defecto describes themselves as “upcoming”, but I think it’s safe to say that they are now everything, but!

Check out the video for “Nemesis”:

Defecto will be playing this year’s COPENHELL festival in Copenhagen, as they did in 2016, and has previously supported Metallica and Rammstein. Meet up with Defecto at http://www.defecto.dk and https://www.facebook.com/defectoband

Posted by
Jakob Muxoll
Based in Denmark, Jakob shoots portraits, conceptual photography, bands and rock concerts. Having played lead guitar in several bands, he combines his love for music, with his passion for photography.