With last week’s brand new song drop and revelation of a brand new studio album, Asking Alexandria continue the excitement with the announcement of a UK headline tour.

Having spent the last couple of years heavily touring in the US in support of their self-titled album, seeing packed out arenas alongside the likes of Shinedown and Papa Roach, the band are finally bringing their live show back to the UK.

“WE ARE COMING HOME!” declares guitarist Ben Bruce. “We have been waiting for so long to announce our UK/EUROPE tour and we cannot fucking wait to get back to you guys! We have spent a long time building this stage show to make it the biggest and most exciting show we have ever toured with. So UK/Europe let’s light this world up like a house on fucking fire. We will see you soon!”

Tickets go on sale Friday 13 March at 9am GMT via Ticketmaster and many of the usual online ticket agents. 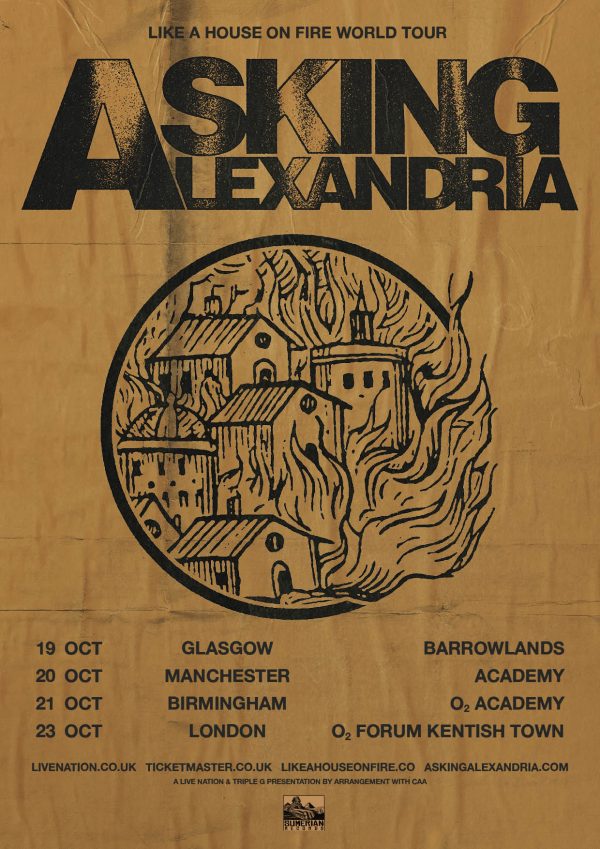