Manchester legends Black Grape have announced a six-date UK tour for October 2020. The tour will celebrate the 25th Anniversary of their debut album It’s Great When You’re Straight …Yeah.

Originally released on 7th August 1995 it not only went to number one but also went platinum.

The tour kicks off in Cardiff on 1st October with founder members Shaun Ryder and Kermit Leveridge on vocals. “I’m really looking forward to getting back out on the road with Black Grape and playing all the favourites from It’s Great When You’re Straight …Yeah” shared Ryder.

The full list of tour dates are as follows:

Tickets are on sale now via Ticketmaster, See Tickets and the bands official website. 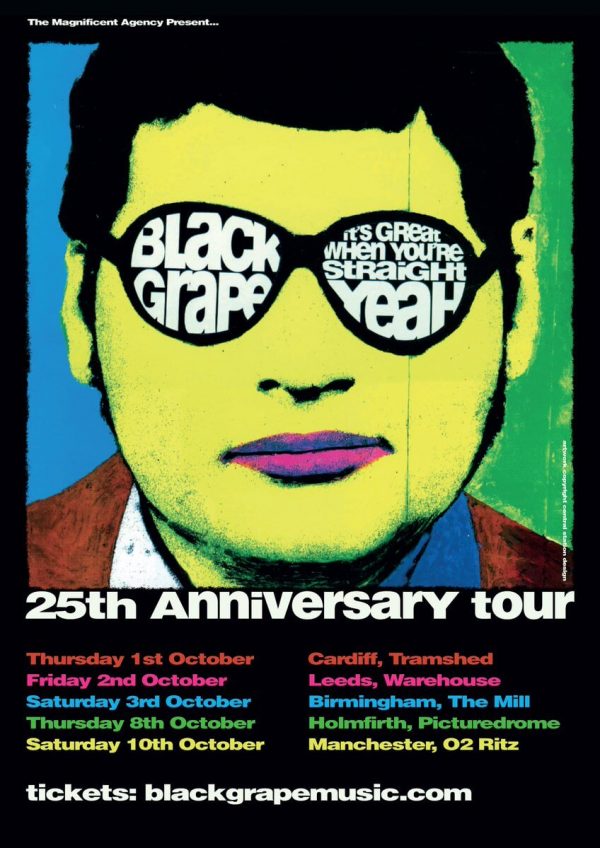