Creeper have finally dropped the news we have been waiting for. Sex, Death & the Infinite Void will be released 22 May 2020 via Roadrunner Records.

It must be an amazing feeling having one of your dream gig pairings come true. Well Creeper have announced their latest UK tour. Pretty special already right? Hold on there is more.

Taking it to the next level, Creeper, are bringing along Holding Absence as support for the whole tour. So we finally get to experience that dream gig emotion and yes, it is truly amazing.

We have just about managed to stop happy dancing for a few minutes to share the details.

Creeper’s The God Can’t Save Us Tour will take place this April, with pre orders of the new album allowing first access to tickets.  As well as Holding Absence , Wargasm will be joining the tour for each of the six dates which are as follows:

Creeper front man Will Gould explains a little more about the forthcoming album’s art work. “The real-life time travel that music can achieve is almost supernatural. In a moment you can be transported from a bedroom in the south of England to another dimension entirely. With our latest album, we attempted to perform a similar magic. The concept behind the artwork came to me when I was considering the ways I first discovered music. Both Ian Miles and I have similar stories of discovering our parents’ records. Holding in our hands these battered relics of the past, playing them for the first time and experiencing the magic of them coming to life over the speaker. This being the case, our album cover attempts to live up to that promise. It would fit in with our parents’ records of the past, you could find it in a dusty attic, blow off the cobwebs, play it at any moment in time and be transported.”

Preorders can be made here. The bundles include options including, among other options, varsity jackets, sweatshirts and lyric books. Pre-sale tickets go on sale Thursday 16 January 2020. General on sale starts Monday 20 January 2020. 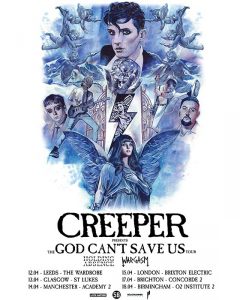 Creeper, towards the tail end of 2019, returned after a year long hiatus with a bang. A sold out show in London under the pseudonym Fugitives of Heaven. Along with the release of the single Born Cold, which once again showed off the bands passion for creativity and skill fin delivering platinum bangers.

Creeper will play their first live dates of 2020, supporting Babymetal this February. All the details for this shows can be found here.

While 2019 had its ups and downs for Welsh four-piece Holding Absence. The bands releases and live shows have all been nothing but incredible, emotionally charged perfection. From their stripped back forest session and headline set at 2000Trees to showcasing their full back catalogue at their sold out Scala show last month: Holding Absence have proved beyond any doubt that they are a beautiful special band to spend time with. 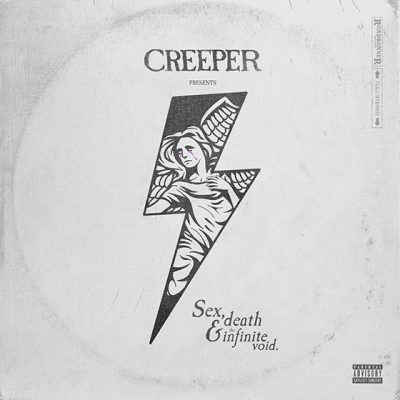