Bristol’s Superlove are back with the infectious new single, I Love It.

The track, is from the bands forthcoming EP and is released ahead of an extensive UK tour supporting Roam.

The band, speaking about the new track, explain “It’s about being trapped in a negative situation, but the imperfections are what makes it endearing and you realise its not all that bad.”

The band are touring towards the end of January and throughout February with Eastbourne quintet Roam.

“We are also incredibly excited for our tour with ROAM this month.” Superlove share “We’ll all be going all over, from Exeter to Edinburgh and anyone coming to a show can expect plenty of laughs and maybe a new song or two if they’re lucky.”

The dates for the UK tour are as follows: 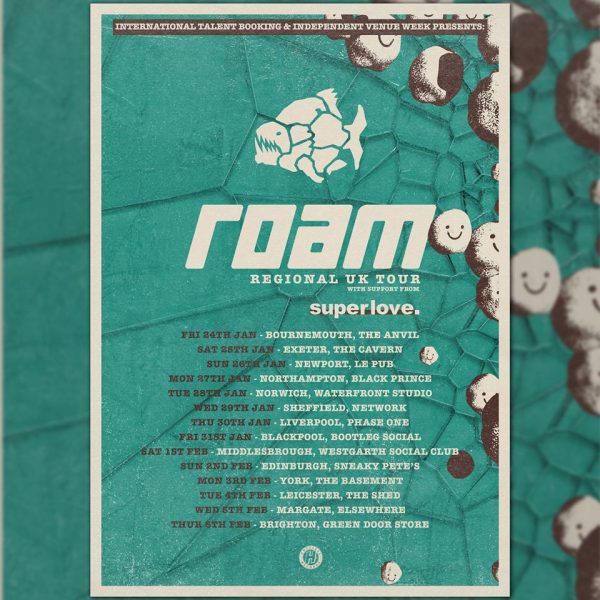