Bilbao BBK Live unveils the second wave of acts bound for the Biscayan capital in July 2020.

With her latest album Magdalene, Tahliah Barnett has undoubtedly secured her place as one of the greatest artists and performers of her generation and her performance is certain to be a true festival highlight. 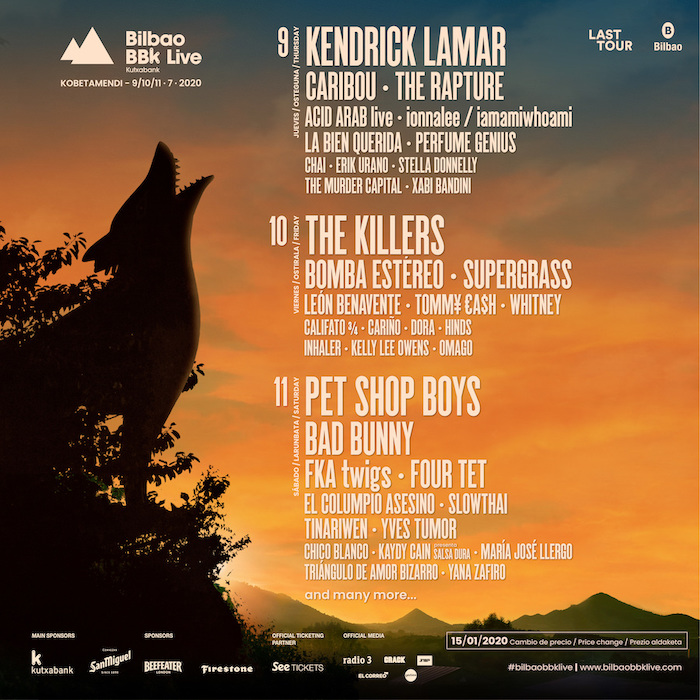 Bomba Estéreo, led by Colombians Li Saumet and Simón Mejía, bring their irresistible mix of electronica, cumbia and Latin sounds to Kobetamendi. Their mesmerising live performances have become a mainstay on festival bills across Europe, the U.S. and Latin America, and anyone who has seen them on stage will understand why. This is a band that never fails to get the crowd dancing!

Seattle-artist Perfume Genius also stars. Since his 2010 debut, Learning, Mike Hadreas’ songs have soundtracked a myriad of television shows and films. With latest album, No Shape, achieving great success, this is sure to be one of the most anticipated festival performances.

These new acts join a whole host of musical stars in Bilbao from 9-11 July, including Kendrick Lamar, Bad Bunny, Pet Shop Boys, The Killers, Caribou, Kelly Lee Owens, Four Tet, Supergrass, ionalee/iamamiwohami, The Rapture, Slowthai, Whitney and many more. Here’s how the three-day festival is shaping up so far:

With plenty still to be announced, this is set to be the festival’s biggest edition to date.

As in previous years, Bilbao BBK Live will also have a privileged location for the campsite at the top of Monte Arraiz, ideal for nature lovers who come to the festival from outside Bilbao. Read more FOTF Festival posts