An eclectic mix of indie, punk, blues, poetry, and pretty much everything in-between.

In the shadows of Liverpool’s stunning cathedral,  the Baltic Triangle was the perfect place top host this incredible festival.

Zangwills kicked off the day, with a stunning performance in the dim and highly intimate Brick Street venue, which filled up nicely for the set, considering it was the first of the day. It was then onto the main stage on New Bird Street for Kioko, an incredible band whose  pop/reggae sound was perfect way for people to get into the swing of things, as the sun was shining and the beers were flowing.

Whilst I was wandering round the venues to see what was going on, I came across Persian Hugs, a band I’d never heard before, but was glad I did. I only managed to catch the end of their set, but you could tell from the reception the crowd was giving, that the rest of the set was equally as good as the two or three songs which I caught. This band are definitely now on my radar, and I hope to catch one of their gigs again soon.

As the day continued, the music, beer, and fast food kept flowing, with the likes of Clear Vinyl, Los Wilds, Do Nothing (a personal favourite of the day, delivering a mix of Talking Heads with ‘Humbug’ era Arctic Monkeys), Calva Louise, Flor, and Bobby West all taking to the many stages throughout the day.  As the sun set, and the cold air hit, the more well known acts began to take to the stages, from Allusinlove (who delivered a stunning performance despite the small crowd), No Hot Ashes, Glass Caves, La Fontaines, and Sly Antics. 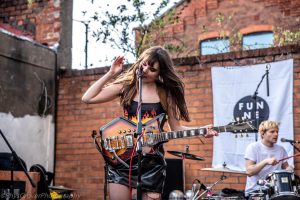 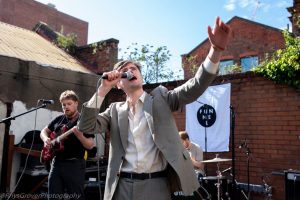 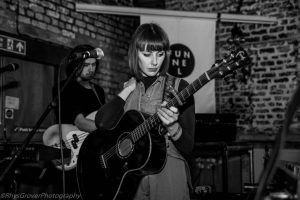 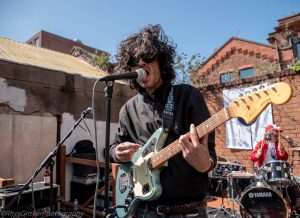 Between Baltic Roastery and Brick Street was a small stage, which showcased some of the best poets around at moment, and it was nice to have a break from all the guitar laden music and chill out with a few poets. The favourite of the day, who performed as the festival kicked off, and as it was winding down, was Paddy Clarke, whose incredible song “Stop Crying You Could Be On Fire (What a Bummer Jeff Goldbums Going To Die)” went down a treat with everyone who watched it. Paddy Clark will be back on the stage on the Sunday of the festival with his full band.

Then there was the going’s on at Love Lane Brewery, where Trashed TV brought their incredible interview come performance extravaganza to the people of Liverpool, in a fully functioning micro-brewery. A completely different venue to their usual home at Manchester’s Bread Shed, but a venue that worked just as well, if not better. The bands performed acoustic sets of their material, and kicking it off were Red Rum Club, who had numerous performances throughout the day. It was closed in spectacular fashion by the insanely talented Too Many T’s.

After an incredible Saturday, I cannot wait to get cracking with Sunday, which will see more acts take to the stages of Liverpool’s Baltic Triangle.