The Incredible Festival Is Back At The End Of The Month

Ahead of it’s return, we are looking at what to expect from this years Neighbourhood Weekender festival

With acts such as Richard Ashcroft, George Ezra, Nothing But Thieves, The Vaccines, Sam Fender and Gerry Cinnamon, festival goers are in for one hell of a weekend with this lineup, and if the set-up is anything similar to last year, then it’s going to be an incredible festival. The stages aren’t too far away from one another, so there’s not as much of a rush to catch acts at different stages, and the wide array of food stalls and bars were scattered between the stages, in the perfect position so you don’t miss any of the action whilst your queuing for your 10th pint of the day.

With the stage splits (See featured image/top of page for full splits) now published, the main stage is looking like it’s going to be 2 days of non-stop tunes being blasted from some of the biggest artists around at the moment, with the Viola Beach Stage and Stage 2 both also delivering some extremely strong music across the weekend, with the likes of Sam Fender, The Blinders, WhenYoung, and The Hunna taking to stage 2, whilst Fuzzy Sun, No Hot Ashes, The K’s, and Only The Poets take to the Viola Beach Stage. 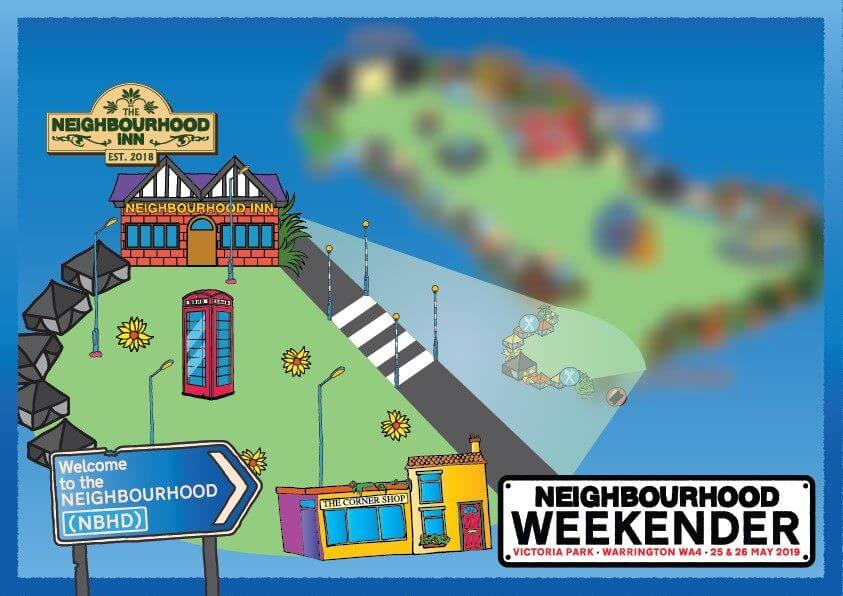 This year also sees “The Neighbourhood Area” take shape in the form of a pub named after the festival, a corner shop, and areas to showcase art and street theatre, whilst DJ’s play some tunes in the pub and shop. This is going to be great area to be if you need to take 10 minutes away from the main hustle and bustle of the festival, and where better to meet a friend than the pub of one of the best festivals the UK has to offer.

Gates for the Victoria Park based festival open at midday. See you there!