Festival season is in full swing and it isn’t long until Foo Fighter’s The 1975, Post Malone and Twenty One Pilots will be headlining Reading and Leeds Festivals. This year’s festival will be taking place Friday 23 to Saturday 25 August 2019.

We’ve had the chance to witness Twenty-One Pilots both on their own headline tour and headlining a festival this year. Trench is a temperate yet evocative genre-blurring masterpiece its tracks should flourishing further in a festival environment. Post Malone’s sophomore album, Beerbongs & Bentleys, released last year broke several long-held records as well as spawning 6 top ten singles on Billboard’s Hot 100. Serving up a cocktail of hip-hop, R&B, grunge and even country tinges, with a wealth of self-examining lyrics and a brisk delivery, Post Malone will certainly put on an interesting show.  With a fourth studio album Notes on a Conditional Form due in May, expect The 1975 to provide something relatively new. Plus, having recently toured with a full stage production tour resplendent with backing dancers, void filling neon’s and screens can we expect the always divisive The 1975 to bring something as bold to their headline slot?

With the festival so close, Dave Grohl has been speaking with Kerrang! about why Leeds and Reading Festival is so important to him. Talking about finding out Nirvana were going to be playing Leeds and Reading Festival Grohl shared, “Reading changed me. I grew up with it, so headlining was unbelievable. When I first joined Nirvana, like the day I fucking moved up (to Seattle), Krist (Novoselic) was having a barbecue in his back yard, and Dan Peters, the drummer from Mudhoney was there. He was talking about just getting back from England, and I said to him, ‘What’s the biggest audience you’ve ever played to?’ He said, ‘About 35,000 people,’ and I said, ‘Where the fuck was that!?’ He told me there’s this festival in England called Reading, and it’s huge. Then I saw it on our itinerary in ‘91, that we’d be halfway up the bill with Sonic Youth and Iggy Pop, and from the day I saw that on there, to the minute I walked out onstage, I would wake up every fucking morning in a panic attack that I had to go and play in front of that many people.”

It was a mere 12 month later that Nirvana headlined the festival. “I remember showing up to Reading ’92 and there being so many rumours that we weren’t going to play, that we had cancelled.” explains Grohl “I walked backstage and some of my best friends in bands that were opening would see me and say, ‘What are you doing here?’ And I’d go, ‘We’re fucking headlining!’ And they’d be like, ‘You’re actually going to play?!’ I didn’t realise there was any question that we were going to play. I knew within myself I was questioning if we could play, but I knew we were going to try. The show was a really reassuring, genuinely magical moment of everything coming together at the right time. I think we had practised once, the day before, and I just didn’t know if we could pull it off. That happened a bunch of times in Nirvana, where you’d think, ‘God, this is going to be a fucking disaster,’ and then it would turn out to be something beautiful. So yeah, it went great, but it’s sad that that’s the last time we ever played England because it could have been better. We just didn’t play England enough, I don’t think. The memory is somewhat triumphant but melancholy because we never came back.” 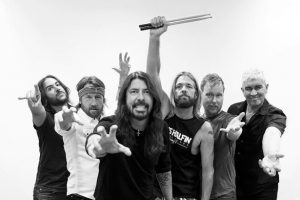 A highlight of 2017’s festival season was the Foo Fighters at Glastonbury, as long as Dave Grohl can remain off the injury table, we are sure to witness something amazing as Grohl’s recollections of the Foo Fighter’s 1995 first headlining Leeds and Reading Festival “When you see the security guards starting to pass out, that’s a problem. There were people climbing up the poles and hanging from the fucking rafters, and as far as you could see it was this tight, packed wave of sweaty fucking lunatics with us just trying to get through every song. Maybe after three or four songs the promoter was on the side of the stage going, ‘You guys have to stop. Just stop!’ I turned to the audience and said, ‘I’m sorry, this guy’s telling us we have to stop,’ and there was this roar of ‘Noooo!’ And he looks at me and says – urgently – ‘Keep playing! Keep playing!’”

Everything Leeds and Reading Festival can be found on their official website; where you can access information regarding travel to the sites, what to expect when you get there, what you can and cannot bring as well as links to purchases including tickets and coaches. As some of the day tickets have already sold out it’s best to think fast if you want to enjoy this year’s Leeds and Reading Festival. Weekend camping tickets are currently still available for both site and cost £205.00 plus, of course, those booking and postage fees. 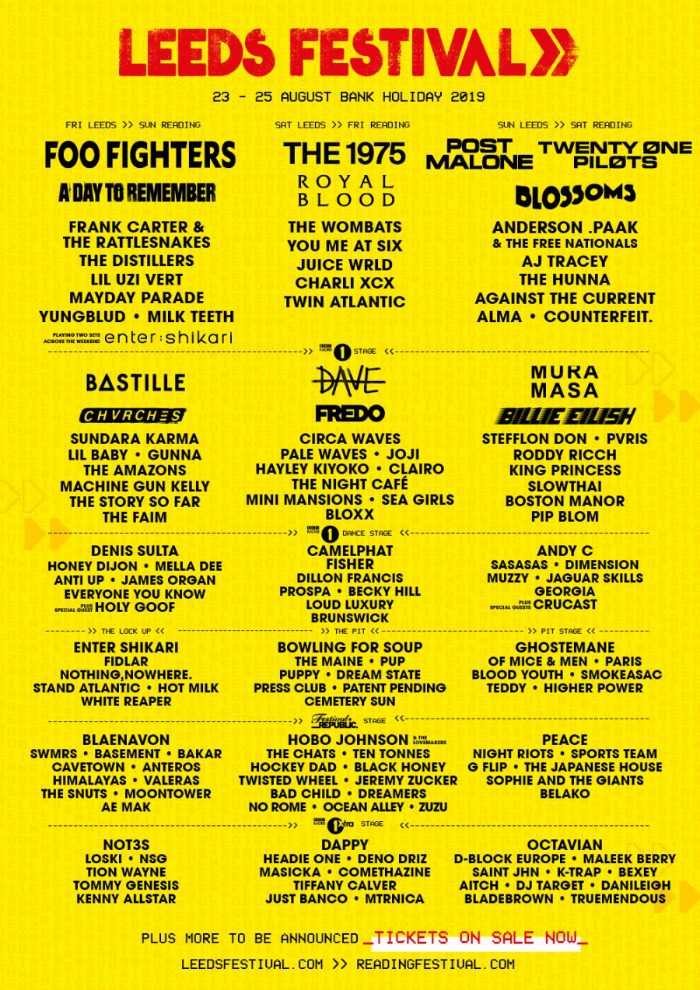