Returning to conquer after-hours on the Alternative Stage at Reading and Leeds Festival 2019, influential indie label Transgressive Records will be celebrating fifteen years of the award-winning music company with their biggest ever Reading and Leeds takeover.

Taking place on Friday night in Reading, and Saturday and Sunday in Leeds, they will be bringing their most exciting line up yet to the Alternative Stage with exclusive live sets, DJ slots and other birthday surprises from 9.30pm until late, ensuring the party continues long after the headliners have finished. 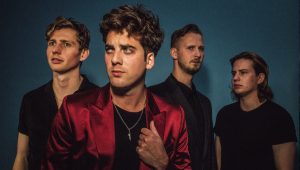 The Alternative Stage at Reading on Friday will feature house party DJ battle’s from BBC Radio 1’s Jack Saunders and indie-rockers Circa Waves, who will be joining the party after their performance on the BBC Radio 1 Stage earlier that day. Other unmissable DJs will also be featuring, pitted against each other in who can get the biggest sing-alongs.

Transgressive bring indie veterans Mystery Jets to Leeds on the Saturday night of the festival along with psychedelic duo Let’s Eat Grandma and one of the most potent figures in British music right now Steel Banglez, who will play on Sunday night. Guaranteed to close the weekend in epic style on Sunday, Transgressive Soundsystem will be behind the decks once more, and there will also be a Beyonce VS Drake DJ party, hosted by Bless and Superhero DJs, which is not to be missed!

Transgressive co-founder Toby L shared “To mark our 15th birthday year, we are now able to announce our return to Reading & Leeds, the ultimate climax to the summer. We’ve pushed the boat out this year, bringing Transgressive alumni Mystery Jets and Circa Waves along for the weekend: not to mention current stars Let’s Eat Grandma. We’ve also gone big on Sunday, to ensure the party doesn’t slow down. Steel Banglez is one of the biggest pop crossover names of recent times and will keep things moving right until the bitter end. And what the hell, we’re also going to throw a Beyonce versus Drake set straight afterwards. Bring on the August Bank Holiday weekend.” 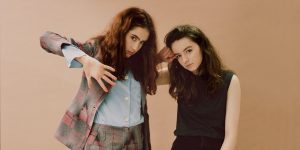 With Reading Festival is now completely sold out. Plus with only limited Leeds Weekend and Day tickets still available, festival fans are urged to snap up tickets, as soon as possible, Don’t forget along with so much more: headline performances from The 1975, Twenty One Pilots, Post Malone, and Foo Fighters, As well as other huge names across the weekend including Billie Eilish, Bastille, Charli XCX, Dave, Frank Carter & The Rattlesnakes, Machine Gun Kelly, Pale Waves, and Royal Blood.

With hundreds of incredible acts set to play, Reading & Leeds will once again be an incredible festival weekend celebrating the sounds of modern groundbreaking music.

You can be the first to hear further line-up announcements, artist news and much more by signing up to the newsletters at Reding Festival and Leeds Festival.