2000Trees 2020 Sharing positive news is something we need in these difficult times.

The world and indeed, the festival industry, have found that uncertainty is now everyone’s new normal.

Everyone at 2000Trees and indeed Flick of the Finger is incredibly hopeful that 2000Trees 2020 will go ahead in July as planned.

Obviously, no one has a crystal ball, so 2000Trees are looking into all available options. Should the ban on gatherings continue for the next few months, the festival may have to look at moving to later in the year. But again, as it stands, they and all of us sincerely hope this won’t be necessary.

As you can imagine, 2000Trees don’t just magic a festival out of thin air the week before and are therefore continuing work behind the scenes on 2000trees 2020. This way we can make sure that when they get the green light, they will have everything in place to host an amazing party for us all. And for an amazing festival, you obviously need headliners!

With that in mind, 2000Trees very excitedly announced that AFI and Thrice (playing Vheissu in full) will be joining Jimmy Eat World as this year’s headliners!! The Californian band, AFI, have been tearing our hearts apart for the more than two decades and we are incredibly excited for their 2000Trees headline set. While, Thrice, regarded as one of the most innovative rock bands of their generation, will deliver certainly a memorable performance.

Not only that, but 2000Trees have announced a further 16 bands to get excited about. Included in the new line-up additional some of our favourite bands including Crossfaith who’ll be bringing their famous ferocious live show along with the incredibly powerful Black Peaks. 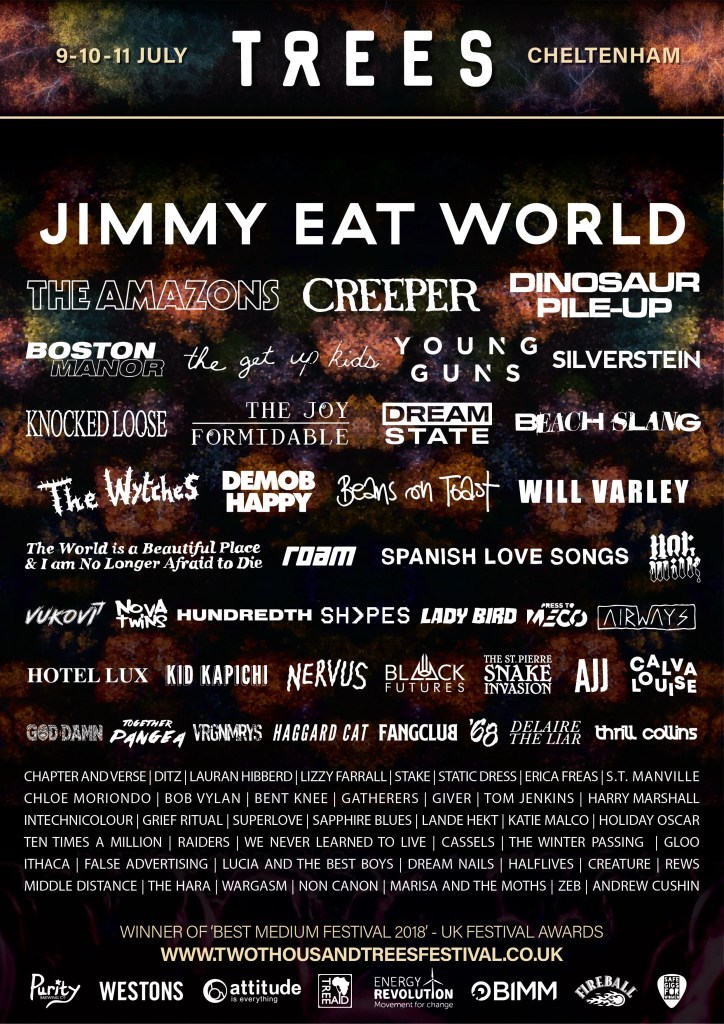 The multi-award-winning 2000trees Festival is a 12,000+ capacity music festival set in the rolling Cotswold Hills. You’ll get three nights camping along with a friendly, intimate atmosphere. To perfect this festival further amazing food and locally produced ciders, ales & lagers in widely available.

Ending their latest announcement with the message: Keep looking after yourselves, take advice from the experts and support the most vulnerable in our communities. Something we can all agree to take to our hearts.