The Beautiful Tuscan City of Lucca will host this year’s Lucca Summer Festival, on select dates, between Saturday 25 June and Sunday 31 July.

Twenty One Pilots quietly emerged as one of the most successful bands of the 21st century and redefined the sound of a generation. After billions of streams and dozens of multi-Platinum certifications around the world, the history-making Columbus, Ohio duo—Tyler Joseph and Josh Dun—ascended to a creative and critical high watermark on their new full-length album, Scaled And Icy. The album debuted at No. 1 on Billboard’s Top Rock Albums and Alternative Albums charts while landing at No. 3 on the Billboard 200, marking the biggest opening week for a rock album in 2021. 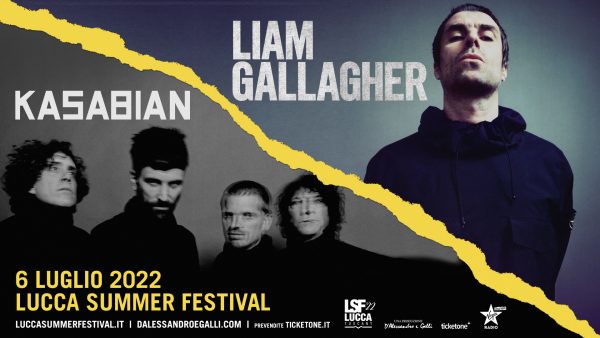 The month-long Lucca Summer Festival is one of the most anticipated musical events in the Italian summer with legendary artists performing across the city in historical venues. The 2022 line-up already features Justin Bieber, Nick Mason’s Saucerful of Secrets, Liam Gallagher, Kasabian, Robert Plant, and John Legend.

The Rolling Stones took to the Lucca stage in 2017 to a sell-out crowd of 55,000 marking their emphatic return to Italy during their No Filter tour. The prestige of the festival continues with icons such as David Bowie (2002), Elton John (2019) and Bob Dylan (2015) previously gracing the Tuscan city, giving this festival a wealth of history and importance in the Italian concert calendar.

Tickets for each of the Lucca Summer Festival 2022 shows are available now – link here.