Currently demolishing venues across the US on their headline tour, the Used have announced a short run of UK and European shows.

The Used will perform at this year’s Slam Dunk Festival before playing two tiny venues in London and Brighton.

The band will then head to mainland Europe for further shows in France, Belgium, Italy and Switzerland.

A few weeks ago, The Used surprised us all with a brand new single, Blow Meat, featuring Jason Aalon Butler (Fever 333). The frenetic and explosive track also showcasing the undeniable vocals of front-man Bert McCracken.

Blow Me is the first new piece of music from the band in over two years and marks the return of John Feldmann to their production team. The Used signed to Feldmann’s record label Big Noise earlier this year and are putting the finishing touches to their eighth full-length album.

The Used UK / EU Tour dates are as follows:

Tickets are on sale this Friday (31 January) at 10am GMT via the bands web store. Stay up to date with The Used news, releases and tours via their official website, Facebook page and Twitter from where they tweet as @WeAreTheUsed. 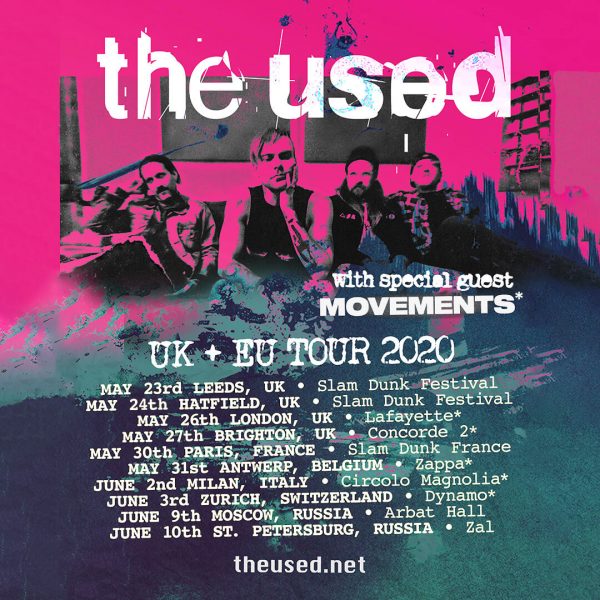