The Tour Kicks Off In Manchester Next Week!

They’ll play 5 dates before their bigger tour in 2022!

Following on from the release of their latest album, ‘Endless Arcade’, Teenage Fanclub will embark on their UK tour next week, with their first date taking place at Academy 2, Manchester on 7th September. This short leg will run for just over a week, with the band playing the following dates: 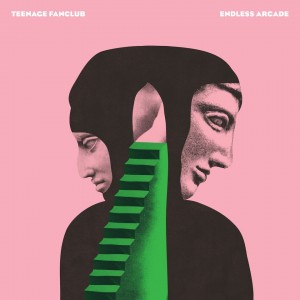 If you don’t manage to catch the band on these dates though, don’t worry, as the band will be embarking on a longer tour in April 2022, where they’ll travel up and down the UK, as well as a date in Ireland, in support of their album which released earlier this year. Starting with a night in Sheffield on 8th April, the band will tour the rest of the month, wrapping the tour up at Academy in Dublin! Check out that schedule below:
8th April 2022- Sheffield – Leadmill
9th April 2022 – Leeds – Beckett’s
10th April 2022 – Nottingham – Rock City
12th April 2022 – Birmingham – Institute
13th April 2022 – Norwich – Waterfront
14th April 2022 – Bath – Komedia
16th April 2022 – Brighton – Chalk
17th April 2022 – Portsmouth – Wedgewood Rooms
20th April 2022 – Belfast – Empire Music Hall
21st April 2022 – Dublin – Academy
Remaining tickets for the both the September ’21 and April ’22 tour can be purchased via this link!
The band released their 10th studio album in April this year, entitled ‘Endless Arcade’. It was released to critical acclaim, and now the band will get the chance to tour the album, having had to originally postpone the tour due to COVID. It was a long, 5 year wait for fans of the band for the album, but their 2016 album, ‘Here’ was a huge hit, and was their first top 10 album since 1997! ‘Endless Arcade’ featured the singles: “The Sun Won’t Shine On Me”, “I’m More Inclined”, and  “Home“.
Rhys Grover2021-09-01T14:35:09+01:00GIG GUIDE|