Neighbourhood Weekender Fan Reviews are now open so let us know your thoughts on the full line up. The festival lineup includes  Ian Brown, Sam Fender, Shed Seven and Catfish and the Bottlemen with support Wombats and Pale Waves.

Also performing on the weekend in May are acts including Sam Fender, Paul Heaton & Jacqui Abbott, Shed Seven, Miles Kane, The Coral and Tom Walker.

Well-known indie acts such as Sundara Karma, Reverend And The Makers and Pale Waves will also appear.

Neighbourhood Weekender is set up over 3 stages; the main stage, a big top stage & the Viola Beach stage. The Main Stage is generally home to the ‘bigger’ acts and has seen bands such as The Courteeners, Richard Ashcroft, George Ezra and Primal Scream where as the Viola Beach stage has seen some promising emerging talent such as The Blinders, Sea Girls, Night Cafe and King Nun 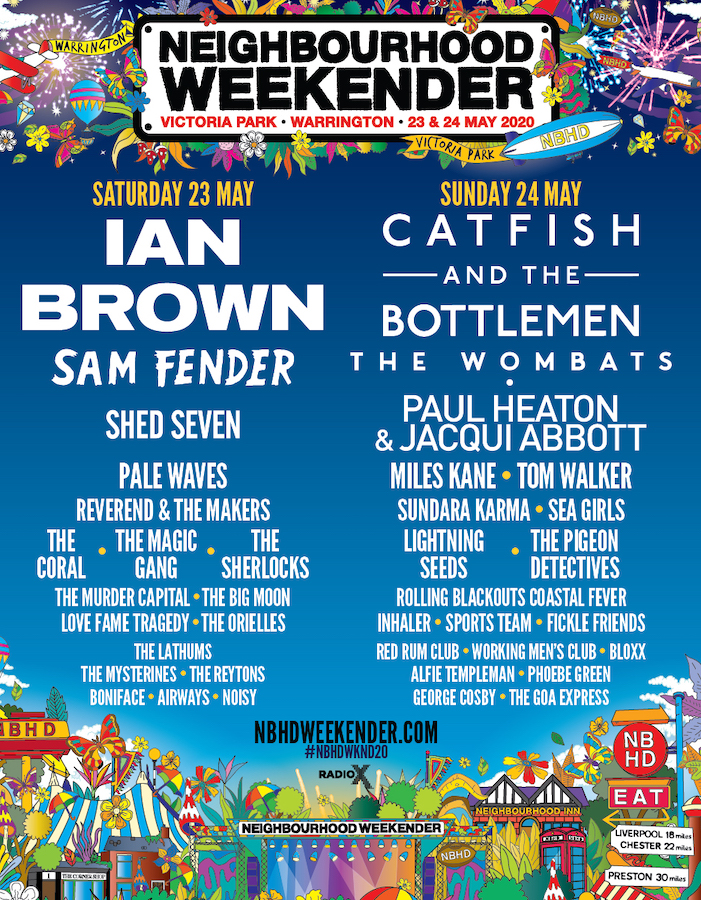 Who are you looking forward seeing and what are your thoughts on the 2020 lineup compared to this years line up? Who do you wish was also playing? See full lineup here and join the Neighbourhood Weekender Facebook event here