Hollywood Dead has delivered another taste of their new album New Empire, Vol.1 in the form of their latest release track Empire.

With the sixth album, New Empire, Vol. 1 set to drop on 14 February 2020. The Californian quintet has chosen to celebrate release day in London with an exclusive one-off show at the O2 Forum Kentish Town that evening. The show is close to selling out.

Johnny 3 Tears (vocals, bass guitar) says: “We wanted to do something special for our record release and we thought there was no better place than London, our home away from home to bring New Empire Vol 1 to life.”

“This album is our attempt at reimagining Hollywood Undead, not just a new sound for this release, but a new sound for the band altogether. Our goal from the outset was to make music that stands alone from our other albums, yet seamlessly fits with what we’ve made before. Building upon the old to create a new sound and a New Empire,” explains Johnny 3 Tears.

Since the release of Hollywood Undead’s RIAA platinum-certified 2008 debut album, Swan Songs, their distinctive and infectious music has incited a cult audience of millions of fans, resulting in sold-out shows across the globe, prestigious festival appearances including packed out tents at Reading & Leeds festivals last year, in addition to receiving nods in the press from the likes of Consequence of Sound, Billboard, Alternative Press, Rolling Stone, and Revolver. With the upcoming release of New Empire, Vol. 1, the reinvigorated Hollywood Undead show no sign of slowing down and are set to make their biggest splash yet.

Tickets for the 02 Forum Kentish Town date are available here. Album pre-order bundles are also available now. Stay in the know about all Hollywood Undead news, releases and tour dates via their official website, Facebook page and Twitter from where they tweet as @hollywoodundead. 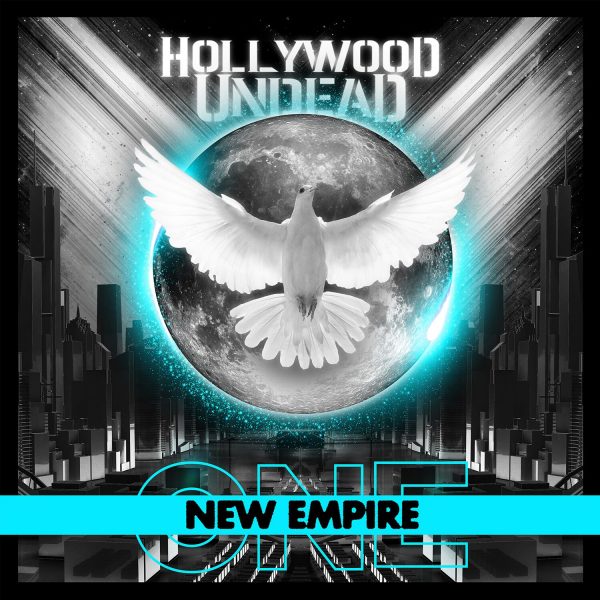