Skip to content
Eliza and the Bear – NEW ALBUM!! 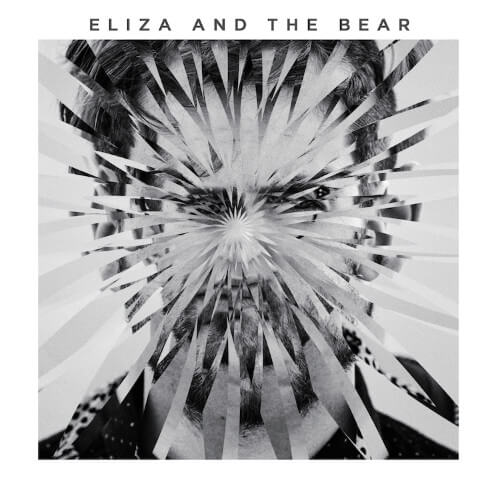 After the success of recent singles ‘It Gets Cold’ and ‘Friends’, plus numerous sold-out shows around the UK Eliza and the Bear will release their eagerly anticipated eponymous debut album on 8th April via Capitol Records (5SOS, Sam Smith etc).

Eliza and the Bear have returned with yet another glowing anthem, ‘Friends’, the latest single to be lifted from their eponymously-titled debut album, released April 8th on Capitol Records. The track follows previous Radio 1 play-listed singles ‘Lion’s Heart’, which ‘led to roaring singalongs at festivals’ (The Telegraph) and ‘It Gets Cold’ (The Independent “hard to get away from its magnetic groove”).

The track tells an uplifting story about the importance of friends and family, combined with gleaming guitars and stadium-sized optimism. ‘Friends’ is the perfect example of how the Essex quintet create life-affirming songs.

Other stand out tracks include beautifully broody, strings accompanied ‘I’m On Your Side’, fan favourite ‘Brother’s Boat’ and ‘Make It On My Own’ (Evening Standard: ‘Its mighty thud puts it alongside big-selling Americans such as AWOLNATION and Imagine Dragons“)

During the making of the album, the band decamped to Nashville to work with three times Grammy Award-winning producer Jacquire King (Kings Of Leon, Of Monsters and Men, James Bay).

“We wanted to get out of London, get away from distractions and concentrate on making the songs as good as they could be,”says frontman James Kellegher, “Jacquire brought in a string quartet, a gospel choir and a couple of brilliant brass players.”

Having previously supported the likes of Paramore, Imagine Dragons and AWOLNATION, last year they completed a string of support dates with Twin Atlantic including a 10,000 capacity sold out show at Glasgow’s SSE Hydro, Brixton Academy and Manchester Albert Hall as well as their own headline date at a packed out London KOKO. The band have now announced a pre-album launch show at the Islington Assembly Hall on April 7th and shows in Birmingham, Bristol, Manchester and Glasgow too.